Shining a little past light on today's solar event 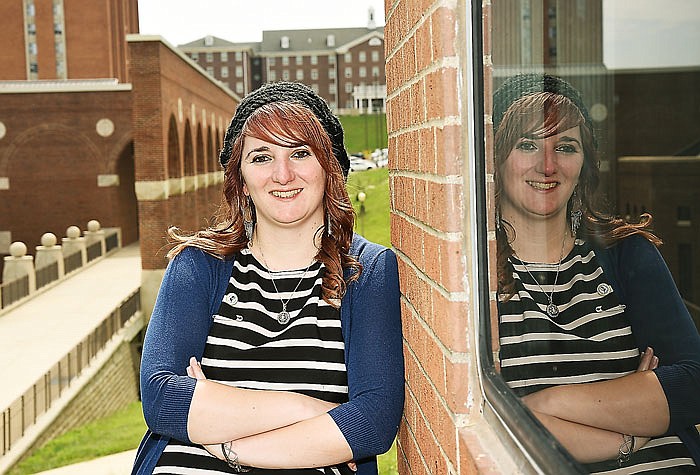 As an anthropologist, Christine Boston studied Chinchorro mummies in South America, examined a Civil War amputation bullet and excavated the home of an Italian family in Prairie Home.

As a sociologist, she ascribes meaning to those things and figures out what motivates societies to act the way they do.

Boston, assistant professor of anthropology and sociology Lincoln University, spoke Sunday at the Missouri River Regional Library about the history of solar eclipses across the globe. While thousands of visitors and residents will celebrate the solar eclipse Monday afternoon, Boston said previous societies generally interpreted solar eclipses as bad omens.

"The sun is so important. You rely on it for your heat, growing crops, other things," Boston said. "Cross-culturally, we see the dark being a negative thing."

Some cultures previously embraced solar eclipses, though. Ancient Irish cultures saw solar eclipses as a time of renewal and happiness. Polynesian cultures saw the sun as feminine and the moon as masculine. So they thought that when the sun and moon joined, it was the one time for couples to consummate their relationships.

Across time, Boston said, civilizations generally look to the cosmos for order because religions generally view the sky as a heavenly place and the ground as an undesirable place.

"In a majority of cultures, we have this notion of the sky being the godly plane, where people want to go, versus below being death; destruction; where people don't want to go," Boston said.

Anthropology and sociology are very connected now, she said, because in past groups did not use the same languages to connect with each other and transfer meanings to each other. Today, Boston said, the internet is a worldwide means to communicate that's nearly identical anywhere in the world.

While scientists plan to study the eclipse and gather data from it, Boston noted some small groups still look for greater meaning from Monday's eclipse. With another total solar eclipse crossing parts of the United States, including southeastern Missouri, in 2024, a handful of fringe Christian groups see this eclipse as signaling doom from the Book of Revelation, she said.

An Army brat, with a father from Illinois, Boston came to LU in the fall of 2016 from Reno, Nevada, to be closer to home. She fell in love with anthropology as a child as she watched History Channel shows and documentaries on rare times when her dad was home from deployments.

"I know a lot of people have fascinations with growing up and making discoveries," Boston said. "I just wanted to understand what was going on, particularly from a religious standpoint."

At 35, she's working with the Missouri Historical Society to analyze a bullet thought to have been used by Civil War soldiers to bite down on during amputations. She's analyzing the bullet to see if bite marks on it are human, or possibly animal. She said the study tests the idea that Civil War amputations did not use anesthetics.

She's also excavating a 100-year-old farmhouse on land in Prairie Home, near Boonville. Boston said the house was thought to belong to a German family, but actually belonged to an Italian family. Because Itialian families were rare here at that time, and many of the goods in the house were from Italy, she's studying the way the owner lived.

Alhough we know more about what causes solar eclipses, that rarity still makes them elusive.

"They happen fairly consistently, just not every place in the world," Boston said. "Anything that's considered rare is identified as important.