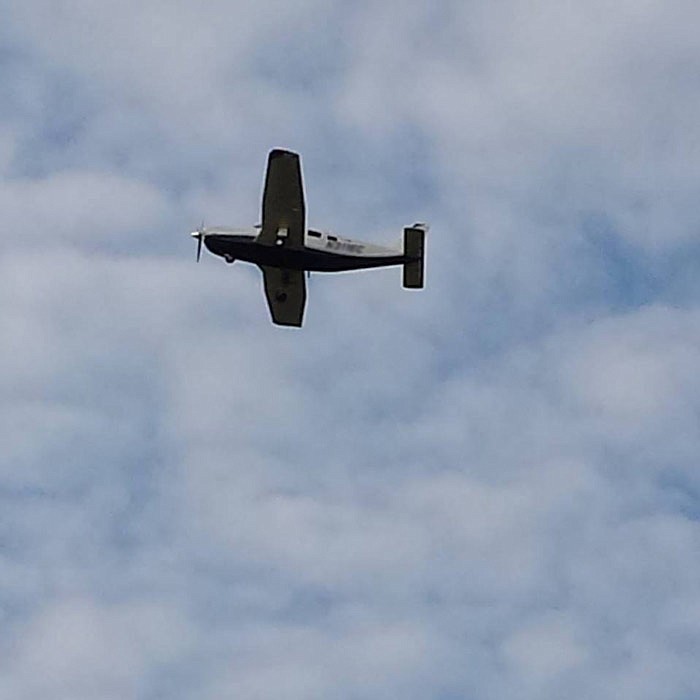 A single-engine plane makes a pass over the Jefferson City airport on Wednesday evening in advance of making an emergency landing reportedly due to landing gear troubles.

An airplane based out of the Jefferson City Memorial Airport made an emergency landing at the Columbia Regional Airport after having problems with its front landing gear Wednesday evening.

According to reports from the Jefferson City Fire Department, the pilot of the plane, a single-engine Piper aircraft, reported the landing gear trouble just before 6 p.m.

Fire crews were dispatched to the airport along with a Staff For Life helicopter out of University of Missouri Hospital in Columbia.

The pilot was not suffering from any medical problems, according to fire officials.

The plane did several low flybys along the runway so fire crews could observe the condition of the gear.

The front gear was not properly deploying so it was determined that the pilot would fly around the airport area to burn off some fuel before he made a landing attempt.

It was during this time of burning off fuel that the pilot requested and was granted permission to land at the Columbia airport.

Emergency crews were dispatched to that airport and the helicopter ambulance flew there as well. The fire and rescue teams at the Jefferson City airport stayed there until it was reported the plane was down at Columbia, in case he would have to fly back.

The pilot did land the plane in Columbia shortly before 8 p.m., with the front gear collapsed.