Schupp attempting to play every golf course in Missouri 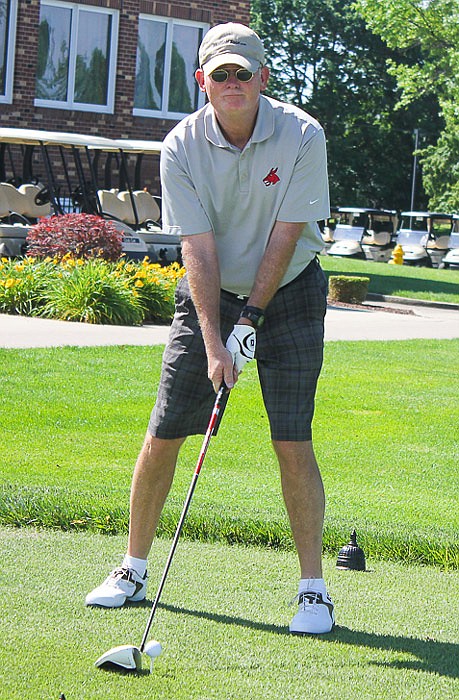 Mark Schupp is traveling across Missouri to play each of the state's golf courses.

So with those three things in mind, it's safe to say he has carved out the perfect hobby for himself since retiring in 2014. Then again, hobby may not do justice for what Schupp is currently in the process of doing.

In what can only be described as a full-time labor of love, Schupp is attempting to be the first person to to play at every one of the approximately 375 golf courses in Missouri. The idea spouted when Schupp noticed how many golf courses he'd pass on the drive from St. Louis across the state to Kansas City.

"I like adventure and I like doing things in the spur of the moment," he said. "And on the drive I would find myself kind of veering off the highways and onto the country roads and playing golf courses.

"I thought it'd be kind of cool to play every course, plus it forces me to go to every nook and cranny of the state."

But playing the courses is only the half of it. After retiring, Schupp took a web programming class and spent seven months building and designing a site called MoGolfTour.com that tracks his progress. Schupp posts complete reviews of each course shortly after he finishes golfing for the day.

"I can't tell you how much I've learned from a digital perspective," he said. "In this venture, maintaining and promoting (the website), I've learned a great deal about digital media. It's all a lot of work."

Schupp began this journey in earnest more than a month ago. After playing the majority of courses in the St. Louis area where he resides, he has worked his way through Mid-Missouri, knocking out all the courses in Columbia, most of the ones in Lake of the Ozarks, and most recently, in the Jefferson City area.

"Jefferson City Country Club is one of the nicest courses I have ever played," he said. "There is not a blade of grass out of place. It's immaculate, the words I wrote down to describe it are pristine, pure and perfect.

"There's not a whole lot of shtick to it, but it's just great, straightforward golf in a beautiful setting."

Aside from JCCC (where he shot an 87), Schupp also hit Oak Hills and Turkey Creek. He also made the trek west on Highway 50 to get a taste of the small town charm at California Country Club.

"There's a soft spot in my heart for small town Missouri," he said. "California is definitely one of those places. If you read my review on it, I say 'Us city folk don't get to drive down a gravel road with a huge plume of dust following you.' It's just cool."

The contrast in course styles and the opportunity to meet different people across the state is one of Schupp's favorite things about this venture.

"Everyone has a story and there's been some really heartwarming stories about golf courses and how they started that I've heard."

While he undoubtedly enjoys the process of getting to know those affiliated with the various courses, Schupp admits that he can be hard to keep up with on the course. More often than not, he golfs alone, typically finishing each 18-hole course in under two and a half hours, all the while snapping some photos and taking notes on course details, such as grass types, yardage and slope.

To hear Schupp go on in detail about the work he puts in at each course, it gets easy to forget that he's retired. Then again, considering the marketing and advertising business that he retired from, it's hard to see him sitting still.

After graduating from University of Central Missouri, Schupp began his marketing career in Kansas City before going to St. Louis. There, he started his own agency in 1993 and worked with big-name clients such as Anheuser-Busch, MillerCoors, Purina, Nestle, Jim Beam, Smirnoff and the St. Louis Cardinals.

After selling his firm in 2014, Schupp eyed his passion for golf when looking to accomplish his next venture. While he gets tremendous enjoyment out of his golf tour of the Show Me State, the work still remains, particularly when it comes to the website.

"I've learned a great deal about how to develop a website and write code, both CSS and HTML," he said. "I've built it from the ground up without using any template. And with the marketing of it, I have focused on SEO. Now if you type 'reviews of Missouri golf courses' in Google, I'm number one. That takes a lot of effort and work to do that."

In the immediate future, Schupp hopes to play 100 courses on his list in 2016. As of last week, he's roughly three-quarters of the way there. Depending on how his back holds up and how the weather cooperates, he figures to be done with the golf tour in two to three years.

Schupp said his goal is to golf and review every course in the state. On the surface, it seems to be about the golf, but really it's about seeing Missouri one mile at a time. Or rather, one hole at a time.