'The essence of the Munichburg community' 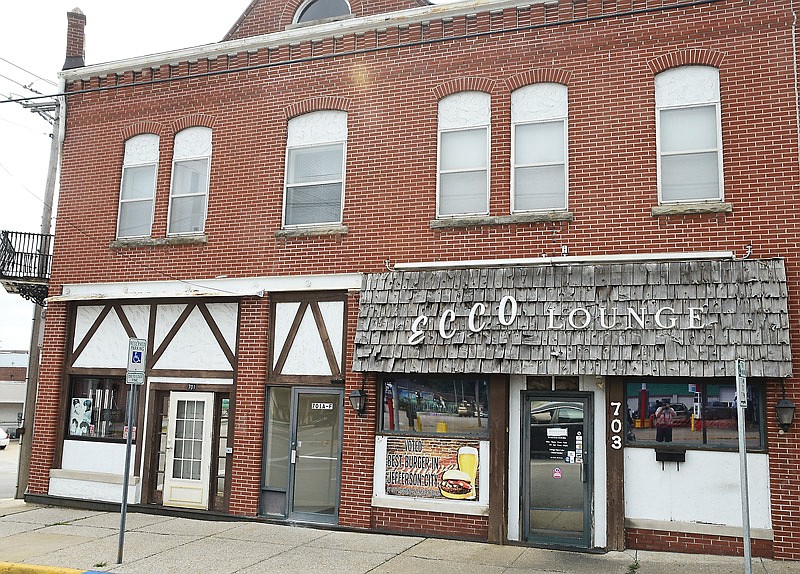 The Farmers Home, now home to ECCO Lounge, on Jefferson City's South Side is a Landmark award winner.

Central in its place, both geographically and socially, the Farmers Home on Jefferson City's South Side is a city Landmark.

"No commercial building better embodies the essence of the Munichburg community in both its longstanding centrality to the neighborhood and in its architecture than the Farmers Home building," said historian Walter Schroeder. 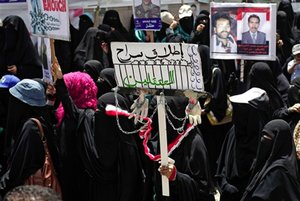 Photo by The Associated Press
A Yemeni pro-democracy protestor, center, holds a poster in Arabic that reads, &quot;release the detainees.&quot; during a demonstration demanding the release of detained activists in Sanaa, Yemen, Wednesday, June 5, 2013.

Today, 701-703 Jefferson St. is the location of ECCO Lounge and a beauty salon. Originally, it was a hotel, saloon and stable.

At the intersection of Dunklin and Jefferson streets, it was built at and remains in the commercial center of Old Munichburg.

"One corner was occupied by a place to 'hang out' and enjoy 'gemutlichkeit,' or German socialization with beer and food," Schroeder wrote. "That corner was the 'glue' that held the diverse elements of German immigrants (religion, dialect, political views) together."

The name Farmers Home emerged for this site, where county farmers coming to town for business could find a meal and a bed.

Joe Haas operated the establishment in the 1870s, and Jacob Schmidt took over in the 1880s.

Schmidt, whose nickname was "Polar Bear," hosted regular entertainment, including fireworks, at the outdoor beer garden.

"It was hands down the entertainment center for the German-speaking South Side," Schroeder said.

The building at the corner today was built about 1894 in the architectural style common for that time and neighborhood, he said.

The second story had 19 well-furnished sleeping rooms, and downstairs was an elegant buffet, according to the 1995 architectural/historic survey conducted by the Urbana Group for the city's Historic Preservation Commission.

The Farmers Home also has a five-stepped cave for cold storage in the hillside and a hand-dug tunnel under Jefferson Street, supposedly to connect to the nearby brewery.

Ben Humbrock and Nick Kielman owned the property from 1894-1906, then Kielman was sole owner. About 1906, he installed imported Italian floor tile, still in use.

After the turn of the 20th century, the strong ties to the German culture and language began to fade. The community called "Old Munichburg" became the "South Side."

The service of Farmers Home began to change, too.

Guest rooms were on the second floor, and the main floor included a saloon, where the ECCO Lounge is today. The kitchen and dining room were in the basement.

Meals were served daily to about 30 guests and locals seated at two long tables.

"This old-world, country style of communal eating contrasted with service elsewhere in the city," Schroeder said.

In 1912, a rickety frame building at 705 Jefferson St. was replaced with a substantial two-story brick building, which joined the Farmers Home on the corner.

The Prohibition of the 1920s affected the Farmers Home saloon revenue like it impacted the neighborhood breweries.

"County farmers would bring their moonshine and home brew to Farmers Home and sell it in the basement," Schroeder said.

Then, as automobiles replaced horses and wagons, the stables were converted to parking lots.

After the building was sold in 1937 on the courthouse steps, guest rooms became apartments, and the basement became a bakery. The corner space was rented to retailers, including veterinarians, doctors, banks and clothing stores.

The Farmer's Cafe changed hands in 1938 after the owner died of a skull fracture following a fight with a patron. It became Emma's Tap Room during World War II.

The Earl Childers Construction Company, or ECCO, lounge opened in 1945 when Earl and Kay Childers bought the place.

"Childers had a flair for Oriental things," Schroeder said. "He introduced Chinese food to Jefferson City."

He also is known for having the first commercial microwave in the city and a pizza oven, Schroeder said.

The ECCO Lounge saw many owners from 1967-2010, when Don and Sally Powell and Mark and Anna Ewers bought it, restoring the 1894 pressed tin ceiling, preserving the Italian floors and exposing the original brick walls.