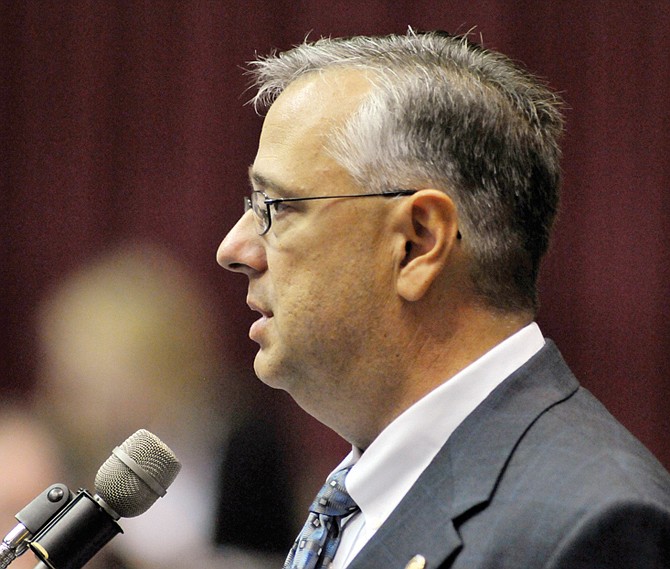 Rep. T.J. Berry, R-Clay County, speaks on behalf of HB 253, a bill he proposed in the regular session, in an effort get get fellow legislators to override Gov. Jay Nixon's veto of the legislation. Proponents said it would have cut taxes on individuals and and businesses and opponents say that it could have jeopardized school funding. Several Republicans sided with the Democrats causing the vote to fall short of the 109 votes needed to override Nixon's veto. 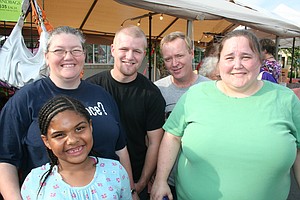 Opponents argued that it's really a nullification bill, because, as Rep. Mike Colona, D-St. Louis, told House colleagues: "It says federal laws are not to be followed in Missouri."

The Senate picked up the bill two hours later and debated the issue for an hour before sustaining the veto.

Nixon's four-page veto letter said the law violates the U.S. Constitution's Supremacy Clause, which says laws and treaties passed under the Constitution must be followed if they differ from state laws.

Supporters of the bill said that's not an issue, because the new law only rejects federal laws that are unconstitutional, that infringe on a Missouri citizen's rights under the U.S. Constitution's Second Amendment.

"This bill is saying we want to stand up and protect the rights and liberties under our Missouri and U.S. constitutions," House sponsor Doug Funderburk, R-St. Charles, said as he urged the House to override the veto.

Nixon and Attorney General Chris Koster both argued the bill would prohibit federal agents from doing their jobs.

And, Koster said in a Sept. 3 letter to lawmakers, passing the law would prevent state and local law officers from working with federal officials on joint task forces or investigations.

But the bill's Senate sponsor, Brian Nieves, R-Washington, called Koster's letter "a joke" and "a bunch of baloney."

Nieves said to Koster, even though the attorney general wasn't in the chamber: "The people of Missouri will remember what you did when you ask them to be their next governor."

Koster, a former Republican who switched parties about six years ago, is considered by many to be the front-runner to succeed Nixon in the 2016 elections.

House and Senate Democrats both noted the bill would make it a misdemeanor crime for newspapers and anyone else to publish the names, addresses or other identifying information of any gun owner.

They said that would prevent the publication of pictures and stories about successful hunters.

Rep. Jill Schlupp, D-Creve Coeur, argued before the House vote: "A pedophile with a gun will be protected from having his name published.

"A drug dealer will be invisible from the public, if he owns a gun."

The Missouri Press Association voted last week to file a lawsuit challenging the law, if both houses had overridden the governor.