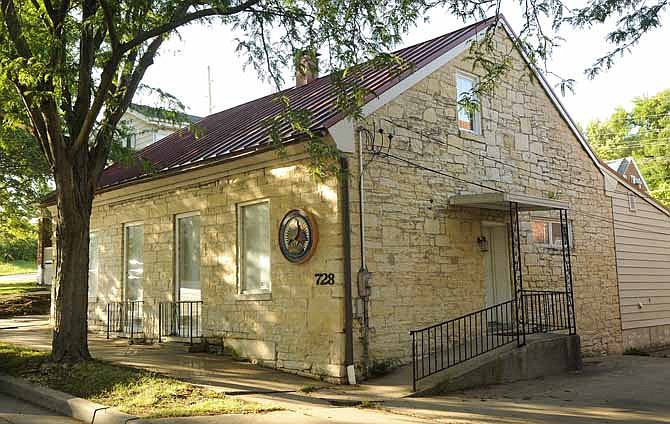 The Stone House at 728 West Main St. in Jefferson City is owned by the Conservation Federation of Missouri, but dates to the Civil War.

The unique "cotton rock" limestone of Mid-Missouri was used to construct many of the earliest buildings in Jefferson City.

Prussian-born immigrant Bernard Eveler constructed a duplex at the corner of West Main and Clay streets entirely with this uneven medium between 1854-60. 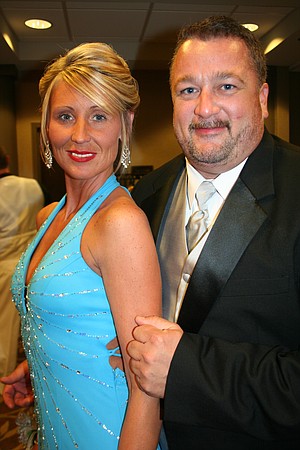 The city Landmark known as The Stone House appears to have been used as the gatehouse to the Union Army's College Hill Fort after the 1861 occupation.

The Dutch Colonial home withstood the traffic of soldiers to be held by the Eveler family more than 120 years.

The Conservation Federation of Missouri purchased the building from the family estate in 1985 and continues to use it today for its offices.

Today, it is one of the oldest residences within the city limits.

The lot was first transferred from the Missouri Seat of Permanent Government to John Chappell in 1836.

Eveler bought the lot in 1854 and family records say the house was built in 1860. He built many other homes within two blocks of the area, but none other remains.

The Stone House was built with four large rooms on the main floor with oak floors, two rooms upstairs and a full-sized basement. The exterior walls are 16 inches thick, and the doors and windows were made of walnut.

Eveler was one of the leading founders of St. Peter Church in 1846. The previous year, he married his wife, Margaret Arens. They are both buried in the St. Peter Cemetery.

The Stone House may stand unassuming under the mature shade trees leading from the U.S. 50 exit to the Capitol. But underneath it and its Cliff Street neighbors are the reminders of the Civil War days nearly 175 years ago.

A block east on Main Street, the Porth House was used as an armory and tunnels are rumored to run from its basement into the fort.

Catty-corner from the Porth House across the intersection of West Main and Bolivar streets, a saloon was built to serve the 3,000 encamped troops toward the end of the war. Today, Paddy Malone's continues the trade there.

But behind The Stone House, even more tunnels thought to have been dug by the Union soldiers were cause for settling and sinking for the 20th century property owners, including a fourth city Landmark, Cliff Manor.

Because of its height and proximity to the river and Capitol, this block was selected as one of the five forts in Jefferson City, according to Federal Archive maps. It also had a clear view of the Dulle House, 800 St. Mary's Blvd., where Gen. John Fremont set up his headquarters during the occupation.

The College Hill Fort was located on an index-finger shaped ridge, from about where the Missouri River bridges are today to the James Kirkpatrick State Information Center.