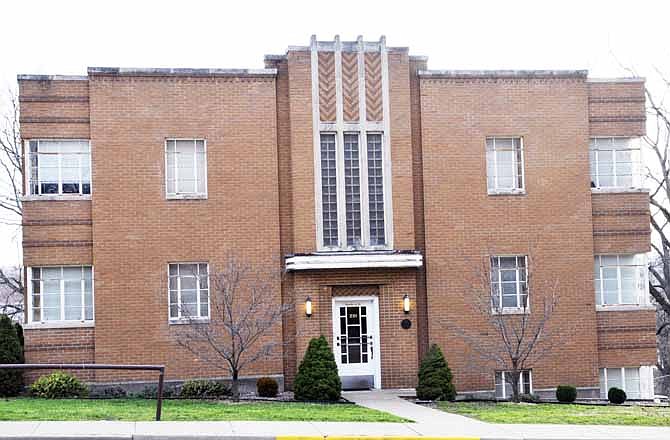 The Tergin Apartments building at the corner of McCarty and Washington streets is this month's winner of the Jefferson City Landmark Award.

An orphaned immigrant became an entrepreneur. A century later, his grandchildren continue to operate a downtown business.

George Tergin loved the Capital City and its downtown, so much so that he built his home within two blocks of the statehouse. 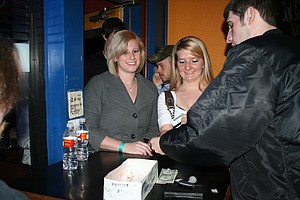 The Tergin Apartments, 201 W. McCarty St., originally housed seven apartments when built in 1937. The city Landmark received careful and significant renovations at the turn of the 21st century, leaving six apartments and a laundry room.

In its heyday, the business sold up to 100 hats per day.

He returned from a trip to his native Greece in 1937 with his new bride, Ourania. And the couple made the Tergin Apartments their home for the next six decades.

George Tergin sought out Ourania with only a photograph, given to him by a fellow downtown business owner - Mrs. Nick Morduos, who became his sister-in-law.

Together, George and Ourania were fixtures of the downtown, whether serving their customers, walking the sidewalks and Capitol grounds with their children - Helen and Jim, or as pioneerresidents of downtown apartment buildings.

Jim Tergin grew up in the apartments and followed family tradition by moving his wife, Irene, in after they were married. Their children also knew the apartments as home until they "outgrew" the apartment and moved to a home with a large backyard, Irene said.

Choosing 30 years ago to move the third generation of Tergins away from the downtown was a significant decision. But family and the love of the downtown kept them coming back for work and relaxation.

"I was so fortunate to have grandparents here," Carroll said. "I have daily memories of everything - meals together, the excitement of when Dad would be coming home, the family being together, work ethic and community pride."

George Tergin moved his business after 48 years from where Central Bank Travel is today to 117 E. High St. When he retired in 1975, Jim Tergin gained the Hallmark franchise, and a year later opened Carrie's Hallmark, where it remains today.

"The city grows, but for us, downtown is it," Irene said.

George Tergin continued to walk from his Tergin Apartment home along the downtown corridor visiting with friends, visitors and proprietors. He swept the sidewalks, collected donations for Lions Club Peanut Day at the store's corner and Ourania volunteered at the local hospitals.

George was a 50-year-plus member of the City Lodge No. 43 Masons. The Missouri Senate honored George as the owner of the oldest established private business in Jefferson City, the downtown business association honored him as the oldest active merchant in Jefferson City, and Gov. Mel Carnahan presented him with the Random Acts of Kindness Award.

"He made friends at all stops," Irene Tergin said. "It would take him hours to get downtown."

He died only days before his building, built by Lee Schell Construction Company, was added to the National Register of Historic Places in 1999.

"He would have loved to see the sidewalks, facade improvements and upstairs renovations (made recently downtown)," Carroll said.

The family has the original blueprints, deeds and memories from the namesake building.

It is one of the few examples of Art Deco architecture in the city, other examples include 208 Marshall St. and 2027 W. Main St. And it was the first of the three apartment buildings to be erected at the corner of Washington and McCarty streets.

The simple, cubic form of the building, the use of concrete, brick, glass block and metal as building materials, the casement and corner windows, and the low-relief geometric ornamentation identify it as an Art Deco/Art Moderne building.

Her grandfather was a visionary, Carrie Carroll said proudly. George Tergin knew his apartment building should be near the Capitol but out of the flood plain, modern in design and on a corner. Perhaps the only dream he didn't achieve was leading his own parade down High Street.

Growing up, George remembers the family's pet chicken Mary, which went on walks with the family in a stroller, and his father having one of the first Model T Fords in town.

Through the last few decades, the Tergin Apartments block has been identified as a potential site for a conference center, with several of the neighboring structures being demolished.

Although not opposed to the development, the Tergin family said they support what is best for the community that was so welcoming to their firstgeneration patriarch and subsequent family.

"He didn't build just for today; he built for the future," Carroll said. "He had a vision for the right place, and he had the right attitude."