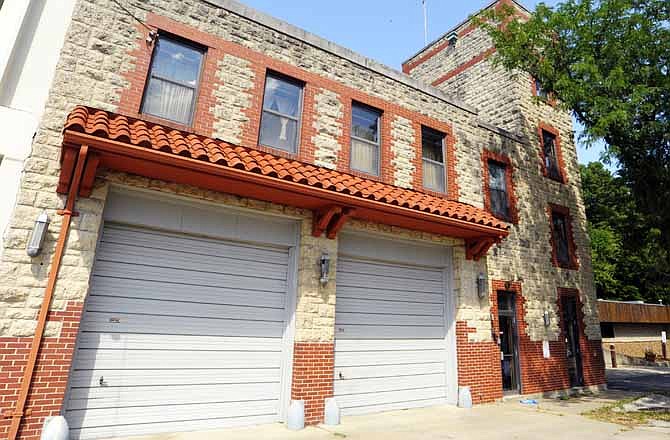 Perhaps millions of feet of hose have been used in training up and down the city's first drill tower for fire service. 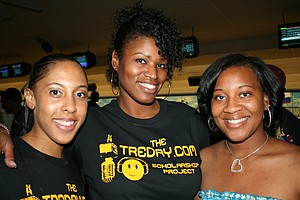 The essential tool for new firefighters was built with Fire Station 2 at 915 Miller St. And the Jefferson City Fire Department continued to use the tower for training into the 1990s, even when the station had been vacated 20 years earlier.

Fire Station 2 was named a city Landmark last month and the city department will mark its 100th anniversary as a paid institution in October.

In the 1930s with a population of about 15,000, the most common fire causes came from fireplace issues.

The pumper truck allowed the firemen to arrive on a scene quickly and the ladder truck helped them get to the roof.

But the single station behind city hall, at the corner of Monroe and High streets at the time, no longer could respond anywhere in the city in less than five minutes.

So despite the Great Depression, a bond issue passed to build two new fire stations on Miller Street on what were the city limits - Lafayette Street and Missouri Boulevard.

"The suburbs were where people slept at night, where the life hazard was," Young said.

Fire Station 2 built for strength and stability with stone quarried on site, said Capt. Tim Young. The bay doors folded sideways, rather than overhead. And the garages were designed to accommodate the larger trucks of the future, Young said. At the time, the engine and pumper trucks were about 15 and 20 feet long. Today, those comparable trucks are 31 and 45 feet long.

On move-in day, Station 2 responded to its first call, a grass fire at 905 Oakwood.

Fire Station 2 opened in March 1935 with the "cutting edge" innovations of the day, Young said. The training tower "was a big thing." Once the firemen moved from the city hall building into outlying stations, they were better able to "focus on being firemen and what their job entailed - life saving and fire protection duties," Young said.

With a shop area to work on equipment, the new facilities simply were more functional.

The fire stations soon became cornerstones of their neighborhoods, too.

At Fire Station 2, firemen were open and friendly and working on something, whether equipment or bicycles for kids, Young said.

"It was classic Americana," Young said.

When life was simpler, so was the training for firefighters.

In the first years of Fire Station 2, the men worked on pulling hose and hanging ladders. Rope repelling has evolved from a single, manila rope to a harness and safety line.

"Those are not forgotten arts; they're still part of the service," Young said.

But today's firefighters, in contrast, also keep up with building construction, hazardous materials, local manufacturers and other emergency agencies.

Today's pumper trucks can handle nearly three times the amount of water firefighters had to work with during the 1930s.

However, the hydrants across town, in many cases, may be the same as what Fire Station 2 crews used 80 years ago.

"If the firemen of yesteryear were to come back today, they would still see their beloved fire service," Young said.