MSP's A Hall housed the famous and the infamous 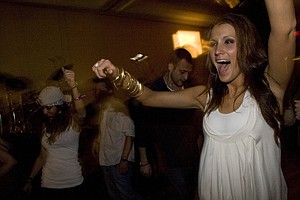 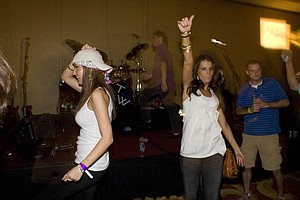 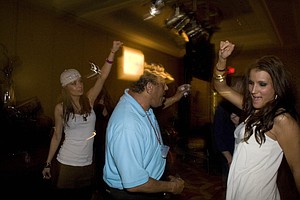 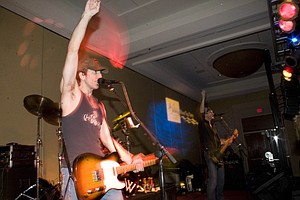 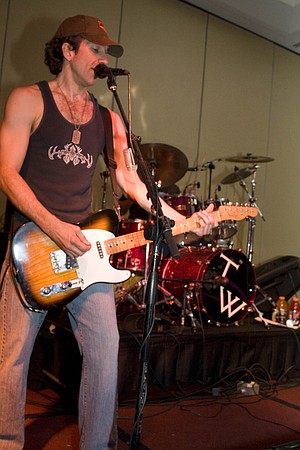 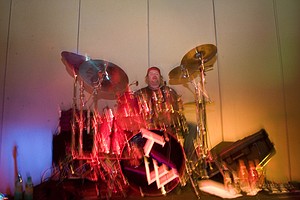 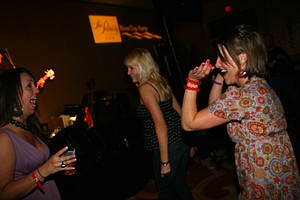 More than 700 inmates slept on the Missouri State Penitentiary lawn under blankets during a sleet storm in 1925 as the fire-damaged roof was repaired on A Hall.

That was the only time the oldest standing housing unit on that site was unoccupied, said Mark Schreiber, the deputy warden at the Jefferson City Correctional Center.

The local historian recently was given a set of photos taken by John Sullivan, a prison guard at the time and later the Jefferson City fire chief.

"I had read about it, but had never seen photos of it; I knew immediately what they were of," Schreiber said. "They're wonderful pictures; they document the sleet

The sleet storm is one of many stories to come out of the 142-year history of A Hall, which was designated as a city Landmark by the Historic Preservation Commission in 1993.

The housing unit was designed by Warden Horace Swift, for whom Swifts Highway is named, who was a renowned architect as well.

His design followed the "Auburn penal system" philosophy at the time of dehumanizing inmates. It was completed about 1868, said Chris Koenig, who has been researching the MSP.

The limestone was hand-quarried with inmate labor. Well into the 20th century, each of the tiny cells were filled with as many as seven inmates sleeping on straw mats with no plumbing.

Beneath the four-level housing unit were the eight "dungeon cells," once designated as a fallout shelter, which carry tales with them, such as those J.B. "Firebug" Johnson wrote about in "Buried Alive: 18 years in the Missouri State Penitentiary."

A Hall, situated in the historic district designated by the MSP Redevelopment Commission's Master Plan, "is very historically significant," Schreiber said. "We will never know all of who was in there."

A few that are known include Gen. John McDonald, who was the "fall guy" from President Ulysses Grant's administration when it was discovered whiskey tax money was being funneled elsewhere, Schreiber said. McDonald authored "Secrets of the Great Whiskey Ring: 18 Months in the Penitentiary" in the 1880s.

From the infamous Reno brothers, the first official train robbery gang in the United States, John Reno served a 25-year sentence in A Hall. The rest of his brothers were lynched in Indiana. The 1955 movie "Rage at Dawn" was based on these outlaws.

Even the ringleader for the 1954 riots, Jack Noble, eventually made his residence in A Hall, later renamed Housing Unit 4.

In the early 1980s, 17 dump truck loads of contraband furnishings were removed from A Hall, including Noble's 90-gallon fish tank.

Some of the A Hall inmates had fashioned furniture as elaborate as a credenza made from wood from the furniture factory and lamps from popsicle sticks and marbles.

"From the shops, they'd bring a piece at a time and officers couldn't watch every inmate all of the time," Schreiber said. "It became a big problem."

And it was difficult to search for items, because some pieces could have hollow legs or a false bottom in a drawer.

The biggest problem, though, was the fire hazard in the 149-unit cell block with one exit.

"Some things had to be broken, they were to big to fit through the door," Schreiber said of the cleanup. "They were innovative with the small space; they were masters of tramp art.

"It was no different than in POW camps.

"They weren't doing it with the purpose to beat up someone or hide narcotics.

"It was a little touch of home - for some, this was the first home they'd had in life."

A funny feeling came over staff and inmates alike on Sept. 15, 2004, when they finally told the prison's towers to "stand down" after 168 years, Schreiber said.

Many of the inmates had called A Hall home for decades. At the end of its service, the oldest standing housing unit had become the honor hall.

"I was impressed," Schreiber said. "There was no rowdiness, nothing unkind said, when the move from the old prison to the new prison was made.

"The old guys swept up their rooms like every day, folded things on their bed.

"They knew it was a complete change for them."

Schreiber said he wrote personal letters to several of the inmates from A Hall about how he appreciated how they handled the move.

"It had to be an emotional move for them," Schreiber said.

That afternoon, several people took a tour of the emptied A Hall, a blooming Mimosa tree beside it. A significant thunderstorm rose up, the windows blew open and rain poured down inside the hollow structure, Schreiber recalled.

"It was almost a Stephen King moment," he said. "It was strange with no inmates."

Now, A Hall may be the most historic stop on the Jefferson City Convention and Visitors Bureau's Hard Hat tours, which brought more than 3,000 visitors inside the walls in 2009.

"It's bleak and stark now for the tours," Schreiber said.

But many hope the 140-plus year-old building will one day house a museum for the prison site.

"A Hall is substantial and built so well," Schreiber said. "That's why it's survived and continued to be used. On Sept. 15, 2004, we may have moved out, but history didn't stop. It's in a transitional chapter."