More than 100 years old, Villa Panorama went through a number of incarnations before Michael and Carolyn Mills revived its elegance 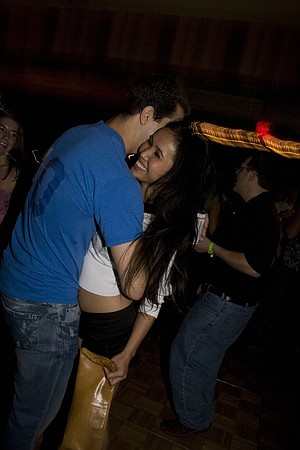 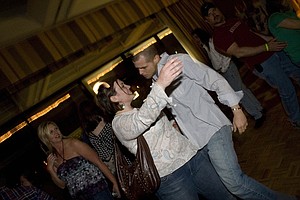 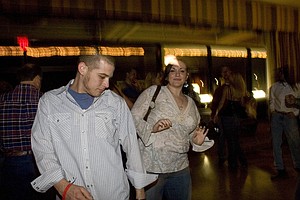 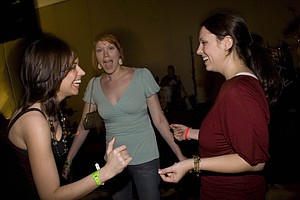 One mansion overlooking the city has been a German immigrant's symbol of prominence, a rectory, an emergency hospital, a bed and breakfast, a restaurant and a beloved home for entertaining.

Villa Panorama "may well be the most tangible and impressive reminder to Jefferson Citians of the Capitol Brewery, the business that once served as an anchor of employment and stability to Munichberg and the Jefferson City community," said historian Gary Kremer.

The Mills have enjoyed hosting large family get-togethers in the 8,800-square-feet home, where they recently expanded the kitchen with period-specific appointments. Getting back to some of the original floor plans and hidden spaces was a quest begun by Doug and Grace Kruse, a previous owner.

Kruse found the original peacock-design, stained-glass door and other pieces that had left the house with previous owners.

"The front door is so striking," Carolyn said. "It's just the thing you remember."

During their own renovations, the Mills discovered a butler's pantry, complete with leaded glass doors, which they have used for a built-in china cabinet in their expanded kitchen. "We found cool things," Michael said.

In the original servant's kitchen, they uncovered an old cooking fireplace, subway tile and a milk delivery window, that they will incorporate into the bedroom motif.

That first kitchen was eliminated when the priests from LaSalette Seminary moved in in 1948, because they ate with the students, the Mills said.

When St. Mary's Hospital caught fire in 1918, patients were carried in the snowstorm to the mansion, which continued as a hospital for two years.

The Mills found the incinerator from that time, which they kept in their kitchen, which they assume was a porch at the time.

"It was fun every time we would find something new," Carolyn said. Other finds include a barrel ceiling, shipping boxes with former owners' names still on them used for walls and hidden windows.

Other original features of grandeur may remain hidden.

But both have since been painted over.

Each of the nine bedrooms has its own feel, whether it's the naturally lit "Hawaiian Room," where Mrs. Botz, another former owner may have created her artwork, or the different wood types for each rooms doors, windows and trim.

"It's the character of a house of this stature and era," Michael said.

And the Mills enjoy telling the stories they've learned from families associated with the house and grounds, which at one time included where Helias High School sits in its 160 acres.

The home leaves reminders of each of its caretakers - nine in all, from the second owner's solarium to the ballroom converted to priests' apartments.

"Whatever the era, the house makes a statement," Michael said.

"We're sure somebody will come along on the tour and straighten us out" about some piece of the home's history," Michael said.

For information on the tour, visit www.historiccityofjefferson.org