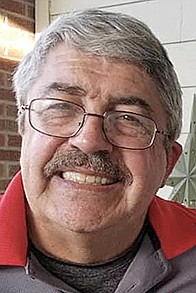 Curtis “Curt” Frank Thompson, 73, a beloved husband, father, grandfather, and friend, who fought courageously for his life with unwavering faith until his final breath, passed away on January 20, 2023, peacefully in his home surrounded by family.
He was born on April 20, 1949, in Louisville, Kentucky, to Dorothy (Diemer) and Charles Lewis Thompson.
Curt resided in Jefferson City for the past four decades.
As a fierce advocate committed to uncovering injustice, Curt – a graduate of Indiana University School of Law – began his legal career interning for the late Congressman Phillip Crane of Illinois in 1970 while in undergraduate school at Indiana University. After earning his juris doctorate in 1974, he worked for Missouri State Auditor John D. Ashcroft, and later as assistant counsel and district counsel for the Missouri Department of Transportation, and as chief counsel of the Governmental Affairs Division of the Attorney General’s Office under William Webster and Jeremiah Nixon. Upon retiring from state government in 2005, he continued as general counsel for the Missouri Board of Pharmacy and the Missouri Board for Architects, Professional Engineers, Professional Land Surveyors, and Professional Landscape Architects, as well as for the Division of Facilities Management, Design and Construction in the Office of Administration.
When Curt wasn’t pursuing justice in his professional life, he enjoyed rooting for the St. Louis Cardinals and Bobby Knight’s basketball program at Indiana University, as well as coaching Parks and Recreation adult basketball and baseball, managing and coaching Babe Ruth Baseball, American Legion Baseball, and AAU Youth Basketball, and he served one year as president of the Jefferson City Jays Baseball Booster Club. An avid golfer and trivia enthusiast, he could often be found on the golf course at Meadow Lake Acres Country Club or participating in a local trivia contest, where he showcased his vast knowledge of sports, politics, history, popular culture, and geography, characteristically helping to earn top honors for his team. He adored his children and cherished the moments he spent throwing batting practice to his son Aaron, practicing volleyball with his daughter Alicia, and giving driving lessons to his daughter Robyn.
A lifelong patriot, Curt supported efforts of the United States to defeat communism in Viet Nam and terrorism in Afghanistan and Iraq. Curt was a born-again Christian who strove to inspire others to accept Jesus Christ as their personal savior. He never backed down from his convictions, working tirelessly to expose wrongdoing in the Jefferson City School Board and its members, and was known in the community as a frequent author of “Letters to the Editor” in the local newspaper. Curt loved taking his rescue dogs for walks at Riverside Park: Coco, Goldie, Sienna, Buddy, Tachi, Callie, Winston, and Sadie, and lounging with his cats: Pebbles, Oreo, Twinkle, Scooter, Tiki, and Muschi.
His most treasured memory was marrying the love-of-his-life, his dear “Little Margie,” on April 30, 1977, in Frontenac, Missouri at Des Peres Presbyterian Church, where they began their love story that will last beyond this lifetime and into eternity with the Lord. Curt and Margie attended First Baptist Church in Jefferson City.
He is survived by his wife, Marguerite “Margie”; two daughters, Robyn (Kurt) Williams of Jefferson City, Alicia (Todd) Bottorff of Shawnee, Kan.;, son, Aaron (Holly) Thompson of Holts Summit; mother-in-law, Anne Antosiak-Holts of Jefferson City; 10 grandchildren; three great-grandchildren; two brothers, Rusty Thompson of The Villages, Fla., Fred (Barbara) Thompson of Marion, Ill.; sister-in-law, Kitten Thompson of Va.; and numerous nieces and nephews.
He was preceded in death by his parents; brother, Michael; and daughter, Jennifer.
Visitation will be held on Saturday, January 28 from 10:00 a.m. until Noon at Trimble Funeral Homes, 3210 N. Ten Mile Dr., Jefferson City. Memorial services will begin at Noon. The service will be live streamed for those who wish to watch from home. The link can be found on Curt’s obituary page at trimblefunerals.com.
In lieu of flowers, donations can be made to Second Chance Animal Shelter in Columbia: www.columbia2ndchance.org/donate, or “Letters to the Editor” can be written to the News Tribune expressing appreciation for Curt’s advocacy efforts: www.newstribune.com/letters-to-editor.
Condolences may be expressed at trimblefunerals.com