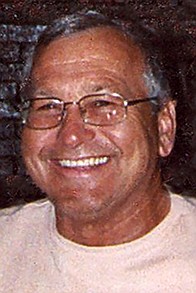 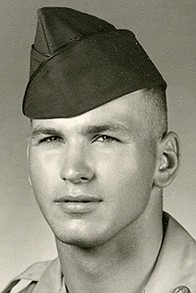 Michael Robert “Mike” Chick, age 73, of Jefferson City, Mo., passed away Sunday, November 20, 2022 at home surrounded by his loving family, following an extensive battle with Melanoma.
He was born on October 27, 1949, the son of Curtis Edward and Bernice Katherine (Temmen) Chick.
He was married on December 12, 2015 in Jefferson City to Linda Nadine Hoskins, who survives at the home.
A lifelong resident of the central Missouri area, Mike attended Helias Catholic High School where he later graduated in 1968.
Mike was proud to have served our country in the United States Army during the Vietnam War. He was awarded the Bronze Star with Valor and was a two-time Purple Heart recipient amongst many other awards.
For many years, Mike was employed as a Union Sheet Metal Worker. Mike loved his community and owned and operated many small businesses including Chick’s Tap Room, Chick’s II and Downtown Diner.
Mike was very devoted to his faith and attended First Baptist Church in Jefferson City.
Being very athletically inclined, Mike was known as a “gym rat” at the YMCA in Jefferson City. He was also very passionate about playing sports including softball, rugby, which he played well into his 40’s, tug-of-war and won the arm-wrestling competition three years in a row at the Cole County Fair. Having such a busy life, Mike enjoyed sitting down and just playing a few rounds of Texas Hold em’ with his friends, smoking a good cigar, and making salsa that he shared with others as gifts.
Above all, Mike enjoyed spending time with his loving family.
Mike is survived by: his loving wife, Linda; his children, Mike Chick II (Suzy) of Raymore, Mo., Matt Chick of Jefferson City, Greg Chick of Kansas City, Mo., Jessica Chick of Jefferson City; step-children, Matthew Burnett of Lake Ozark, Mo., Josh Burnett (Emma) of Jefferson City; siblings, Curtis Chick Jr. (Brenda) of Jefferson City, Sheila McCarthy (John) of Lenexa, Kan., Doug Chick (Debbie) of Jefferson City, Jean Hopkins (Jim) of Raymore, Mo.; grandchildren, Mikey Chick III, Mikayla Chick, and Mattilyn Burnett; and his mother, Bernice Chick.
He was preceded in death by his father and one brother, Mark Chick.
Visitation will be held from 11:00 a.m. until 1:00 p.m., Friday, November 25, 2022 at the First Baptist Church in Jefferson City, Mo.
A funeral service will be conducted at 1:00 p.m., Friday, November 25, 2022 at the First Baptist Church with the Reverend Melissa Hatfield officiating. To honor Mike's service to our country, Military Honors will be held immediately following the service at the church.
In lieu of flowers, memorial contributions are suggested to Wounded Warriors Project or Toys for Tots.
Funeral arrangements are under the care of Freeman Mortuary.
www.freemanmortuary.com