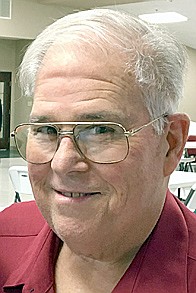 John Douglas Watson, 75, of Holts Summit, passed away Sunday, May 8, 2022, at Capital Region Medical Center. He was born February 25, 1947, in Burnet, Texas, the son of Samuel William and Marjorie Maxine (Scott) Watson. John completed his high school requirements by graduating from Lincoln Laboratory School. Later he graduated from Lincoln University in 1982 Cum Laude with a Bachelor of Science Degree in Mechanical Technology. In addition, John was also proud that he had acquired his Air Frame and Power Plant license from Linn Technical College certifying him to work on any aircraft. John was united in marriage on March 24, 1967, at the Dix Road Church of Christ in Jefferson City to Linda Ann Smith, who survives at the home. He served his country for over 25 years with the United States Army and later with the Missouri National Guard receiving numerous commendations and medals. During his time in Vietnam, John served as a technical inspector on cobra helicopters and crew chief when needed. After retirement from the National Guard, he worked for the State of Missouri as a security guard at the National Guard Hangar. John decided retirement wasn't for him at that time and went to work for Scholastic, and later Dollar General before deciding to really retire. He was an active member of Fairgrounds Road Church of Christ and the Kingdom Philatelic Association. When his sons were young, he was a ball team coach and cub scout leader at North School in Holts Summit. John loved to help people, especially children. In his spare time, he rebuilt computers and donated to children who could not afford one and was always eager to help those who had a problem with their computer. He enjoyed stamp collecting, woodworking, leather work, history, cooking, and could build anything using his electrical, plumbing, and mechanical skills. He had a good memory and was excellent at trivia. He loved to travel and took advantage of being in Europe while serving in the Army. He was also proud to have visited 49 out of the 50 states. Survivors include his wife, Linda Watson, Holts Summit, Mo.; two sons, Timothy (Christy) Watson, Oklahoma City, Okla.; Benjamin (Kim) Watson, St. Peters, Mo.; two grandchildren, Grace Watson and Christian Watson; three brothers, David (Angie) Watson, Copperascove, Texas; Rodney (Katy) Dotson, Copperascove, Texas; and Andy Dotson, Texas. He was preceded in death by his parents; three sisters, Bessie Estepp, Thelma Bass, Clara Hinds; and three brothers, Hubert Watson, Carlton Watson and Michael Dotson. Visitation will be 10-11 a.m., Saturday, May 21, 2022, at the Fairgrounds Road Church of Christ. Services will follow at 11 a.m. with Brent Newton and Carey Terry officiating. Military honors will conclude the service at the church. The service will be live-streamed by the church (https://youtu.be/W_wdeGoHhoA). Memorials are suggested to the Fairhaven Children's Home. Dulle-Trimble Funeral Home is in charge of arrangements. Those wishing to send condolences to the family may do so at the www.dulletrimble.com website.