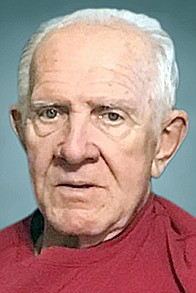 Larry Dean Hoffman, 78, of Russellville, went to be with his Lord on Friday, May 6, 2022. He was born on June 9, 1943, in Bonne Terre, Missouri, a son of the late Herman and Leona (Sundermeyer) Hoffman. He was educated in Holts Summit and Jefferson City where he earned his Bachelors of Science in Business Administration from Lincoln University. While attending Lincoln he was an Eagle Scout with the Boy Scouts of America and offered to head Cub Scout Pack #1 in Holts Summit. After graduation he moved to Illinois where he was a Kroger grocery store manager in Fairfield, Mt. Vernon, and finally in Rolla, Missouri. Returning to Missouri he was an insurance agent for Central States of Omaha. He then started Man for Rent Services until his retirement. In 2008 he married Sandra Connelly Thompson in Eminence, Missouri. Larry will be greatly missed by his family and friends. Larry is survived by his wife, Sandy; daughter, Sherri Coats of Russellville; sisters, Bonnie Knipmeyer (Jim) of Lee's Summit; and grandchildren, Hunter Ferguson and Tanner Coates of Midway, Georgia. He was preceded in death by his parents and son-in-law, Michael Coats. Friends will be received on Saturday, May 14, 2022 from 1:00 p.m. - 2:30 p.m. at Houser-Millard Funeral Directors. Funeral services will immediately follow. Graveside services and interment will be private for the family. Arrangements are under the direction of HOUSER-MILLARD Funeral Directors, 2613 West Main Street, Jefferson City, MO 65109, (573) 636-3838. Condolences may be left online for the family at www.millardfamilychapels.com.