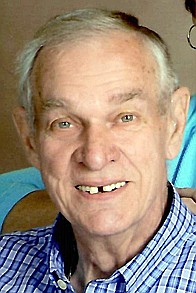 Thomas James LeComte, 80, of Taos, passed away at home surrounded by his loving family on May 29, 2022, after a courageous battle with cancer. He was born April 9, 1942, in Oconto, Wisconsin, the son of Gustave and Anna (Fredrick) LeComte. He was united in marriage on September 6, 1980, at St. Francis Xavier Catholic Church in Taos to Patricia Ann Henke who survives at their home. Tom was a proud member of the US Navy, US Army, Wisconsin Army National Guard, Colorado Army National Guard, and the Iowa Army National Guard. Tom served his country bravely in the Vietnam War (1968-69) where he earned a Bronze Star Metal while flying helicopters with the 189th Assault Helicopter Company-Ghostriders. While stationed with the Colorado National Guard he flew many mountain rescue missions; the most notorious of which was saving many lives during the Big Thompson Canyon flood in 1976. These types of actions were the epitome of selfless service. In the Colorado National Guard, Tom was a maintenance officer and executive officer (XO). He also performed as a hearing examiner for Union Labor Disputes and Technician Personnel Regulation 752-1. After his service in Colorado. Tom earned a promotion to Lieutenant Colonel in Davenport, Iowa where he assumed command of an aviation unit and flight facility. He served in this position for 10 years. After 29 years in the military, Tom retired and moved his family to Taos where he bought a construction manual and under the watchful eye of his mentor Jim Forck, built the house that they still live in today. Tom then worked for the Missouri State Emergency Management Agency for 10 years and became an active member in the St. Francis Xavier Parish where he helped train servers for mass. He was a former President of the Blair Oaks Booster Club, a member of the Taos Park Board as well as the Taos Knights of Columbus. In 2019, the Jefferson City American Legion Auxiliary awarded Tom the Quilt of Valor for his military service. Tom was never afraid to try new things; his sense of adventure motivated him to become a Certified Rescue & Master Scuba Diver. He dove all over the world, from Hawaii to the Cayman Islands. The adventures didn't stop there. Tom and his wife were world explorers. They enjoyed traveling with family and friends to Iceland, Ireland, Italy, Switzerland and Alaska. One of his favorite places was Glacier National Park, MT. He enjoyed racoon hunting and was a member of the 3 Toms (Tom LeComte, Tom Henke and Tom Wilbers) night stalker group in Iowa. Tom enjoyed canning sauerkraut with his mother-in-law, Mary Jane, had passion for riding motorcycles, and enjoyed the challenge of woodworking where he spent many hours making beautiful cedar blanket chests. He was a dedicated Green Bay Packers fan. Part of that dedication derived from attending the infamous -13 degree 1967 NFL Championship Game; aka the "Ice Bowl". Survivors include his wife, Patty LeComte, Taos; three children, Michael (Karla) LeComte, Bailey, Colo.; Josh (Ariel) LeComte, Columbia, Mo.; Lena LeComte, Holts Summit; mother-in-law, Mary Jane Henke, Westphalia; seven in-laws, Dan (Diane) Henke, Rolla; Tom (Kathy) Henke, Greg (Laura) Henke, Keith (Mary Jo) Henke, Jo Ann (Howard) Pointer, Kevin Henke, all of Taos; Valerie (Wes) Lang, Jefferson City; and other extended family members. He was preceded in death by his parents; his brother, Richard LeComte; his brother-in-law, Jim Henke; and his father-in-law Fred Henke Visitation will be 4-7 p.m. Wednesday, June 1, 2022, at St. Francis Xavier Catholic Church in Taos with a prayer service at 3:30 p.m. Mass of Christian Burial will be 10 a.m. Thursday, June 2, at St. Francis Xavier Catholic Church in Taos with the Rev. Roberto Ike officiating. Burial with military honors will be in St. Francis Xavier Catholic Cemetery. Memorials are suggested to the Central Missouri Honor Flight, St. Jude Children's Research Hospital, or to St. Francis Xavier Catholic Church. Services entrusted to Dulle-Trimble Funeral Home - Jefferson City.