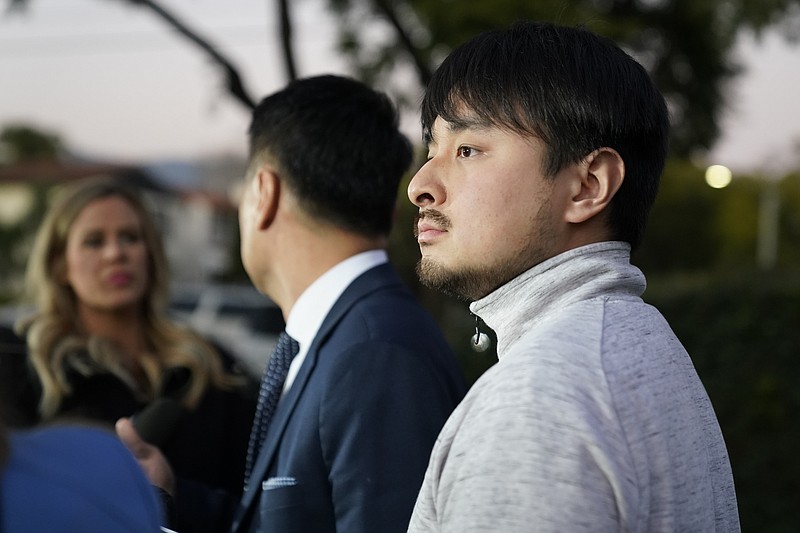 Brandon Tsay, 26, right, and his father, Tom Tsay, make a statement outside their home on Monday, Jan. 23, 2023, in San Marino, Calif. Brandon Tsay disarmed a gunman who killed multiple people late Saturday amid Lunar New Years celebrations in the predominantly Asian American community of Monterey Park. The gunman started at the Star Ballroom Dance Studio in Monterey Park and continued to Lai Lai Ballroom and Studio in Alhambra, where he was disarmed by Tsay. (AP Photo/Ashley Landis)

Lost in the aftermath of the Monterey Park, California, ballroom dance hall shooting that left 11 people dead is an alarming fact: It took five hours for authorities to alert the public that the gunman was on the loose.

Even after the 72-year-old shooter brought a submachine gun-style weapon into another nearby dance hall about a half-hour later, a potential attack thwarted by a hero who grabbed the weapon and chased the man away, it would be hours more before police held a news conference to announce the suspect was still at large.

Experts say the weekend mass shooting that sent fear through Los Angeles-area Asian American communities highlights the lack of national standards for notifying the public, and the need for an aggressive alert system -- similar to Amber alerts -- that would immediately set off alarms on cellphones in surrounding areas and post warnings on highway signs.

"Five hours is kind of ridiculous," said Chris Grollnek, an expert on active-shooter tactics and a retired police officer and SWAT team member. "This is going to be a really good case study. Why five hours?"

Brian Higgins, a former SWAT team commander and police chief in Bergen County, New Jersey, said an alert should have gone out right away, and a half hour between the two incidents was more than enough time to do so.

"What took so long?" said Higgins, an adjunct professor at New York's John Jay College of Criminal Justice. "Maybe they were still doing their investigation. Maybe they didn't have a good handle on what they had. But if they didn't know, they should have erred on the side of caution and put this out."

Los Angeles County Sheriff Robert Luna on Monday said his department was "strategic" in its decision to release information but that he would review what happened.

"When we started putting out public information, the priority was to get this person into custody," Luna said. "Ultimately it worked. We will go back and look at it as we always do. Nobody is as critical as ourselves as to what worked and specifically what didn't work, and evaluate that, and see what the wait was in determining what the public risk was at that time."

A timeline of events shows police were silent for hours, not only about a shooter being on the loose but about the fact that a shooting had taken place at all, with information trickling from police scanners and sources rather than official channels. The delays came just hours after tens of thousands of revelers had been in the streets of the heavily Asian American city for a celebration of the Lunar New Year.

Authorities said the first call about the shooting at the Star Ballroom Dance Studio came in Saturday at 10:22 p.m. local time and officers responded within three minutes. Monterey Park police said it took several minutes for officers -- several of whom were rookies on the force -- to assess the chaotic scene and look for the gunman, who had already fled.

About 20 minutes after the first shooting, at 10:44, the gunman who would later be identified as Huu Can Tran marched into the Lai Lai Ballroom about 3 miles away in Alhambra, where he was confronted in the lobby by 26-year-old Brandon Tsay.

Tsay, a computer coder who helps run the dance hall for his family, told the New York Times he was unaware of the previous shooting in Monterey Park when he lunged at the man and began struggling to get the weapon out of his hands. Tsay eventually commandeered the weapon, ordered him to "Go, get the hell out of here!" and watched as he drove away in a white van.

More than an hour later, at 11:53 p.m., word came that the shooter was still at large -- not from an official source, but from a media outlet monitoring police chatter on a scanner. "The suspect is still on the loose according to PD on scene," RMG News tweeted.

The Associated Press began telephoning the Monterey Park police and fire departments and the Los Angeles County Sheriff's Department shortly before the RMG News alert, and kept calling for nearly three hours. Monterey Park police never responded. A sheriff's official confirmed to the AP there were nine dead shortly before 2:36 a.m. Sunday, when the AP published an alert.

At 2:49 a.m., the Los Angeles County Sheriff's Information Bureau issued a news advisory confirming the fatalities and adding the suspect was male. There was still no mention he was on the loose.

Finally, just after 3:30 a.m., five hours after the shooting, Los Angeles County Sheriff's Capt. Andrew Meyer held a news conference to announce the death toll was then 10 and for the first time publicly stating "the suspect fled the scene and remains outstanding."

By midday Sunday, police 30 miles away in Torrance swarmed a strip mall parking lot and surrounded a white van matching the description of the one Tran was last seen driving. After approaching carefully, SWAT teams broke in at 1 p.m. and found Tran dead in the driver's seat with a self-inflicted gunshot wound.

Police are still investigating a motive for the slayings.

Katherine Schweit, a retired FBI agent who spearheaded the agency's active shooter program, acknowledged such mass shooting cases can be confusing and hectic and that "the first priority is always the victims and survivors."

But, she said, "communicating with the public is equally important. In general, when law enforcement believes there is an added threat to the public or are looking for a suspect, they notify the public."

Vibrating smartphone warnings about everything from missing children and senior citizens to impending snow squalls and flash floods have become commonplace over the past decade. More than 1,600 federal, state and local jurisdictions -- including Los Angeles County -- are equipped to send such cellphone alerts through the federally funded Integrated Public Alert and Warning System, according to the Federal Emergency Management Agency.

"We have the technology," said former FBI agent Gregory Shaffer, now head of a Dallas-based risk management and tactical training firm. "It's just not being utilized."

A House bill last year would have established an Active Shooter Alert Network to replace the messy patchwork of alert systems used by thousands of towns and cities that is plagued by messaging delays and low enrollment. It died in the Senate but one of its sponsors, U.S. Rep. Mike Thompson, a California Democrat, said late Monday he intends to re-introduce the legislation.

"I think the fact that people were left in the lurch in this situation for an awful long time speaks to the need for the bill," Thompson said. "People need to be warned." 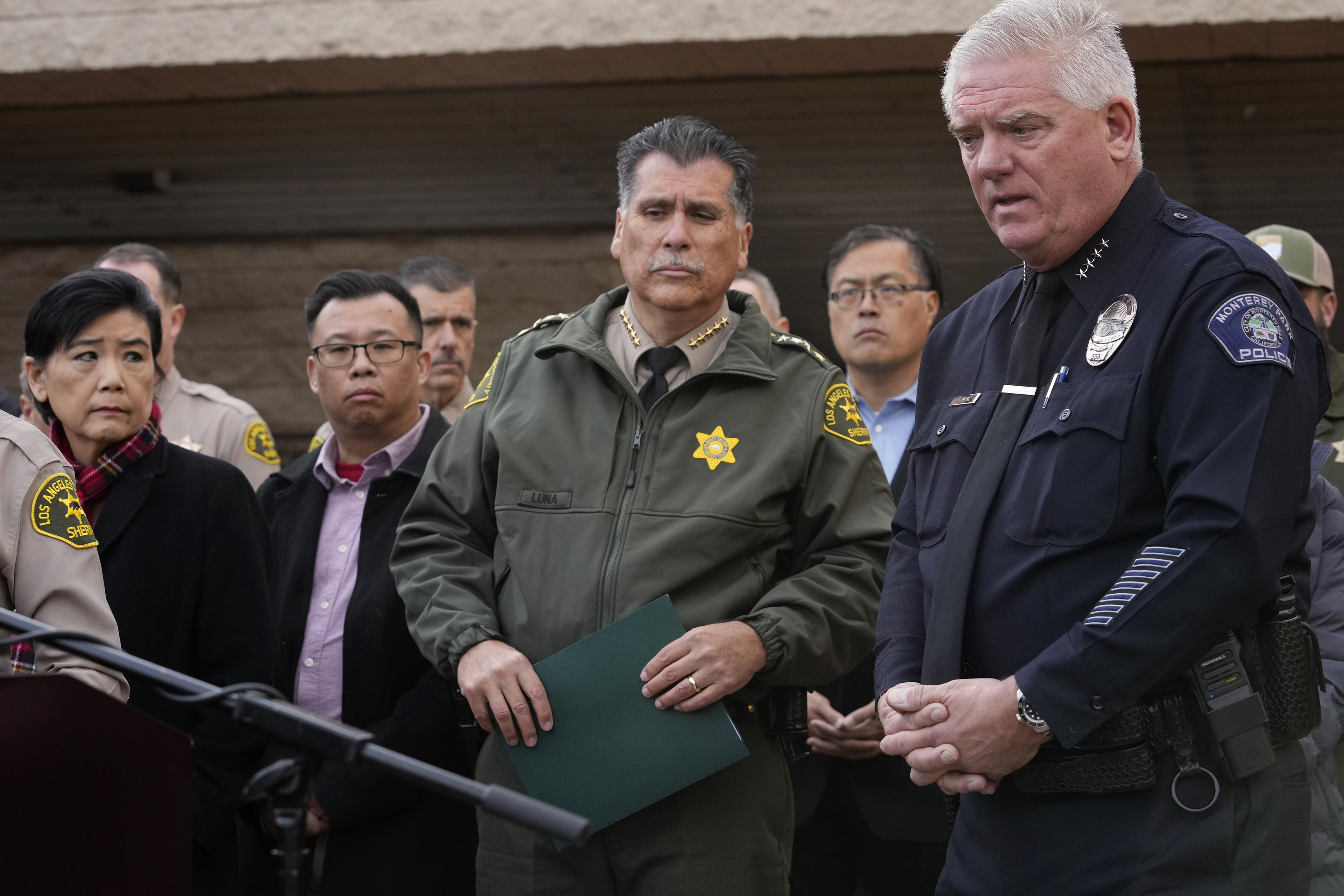 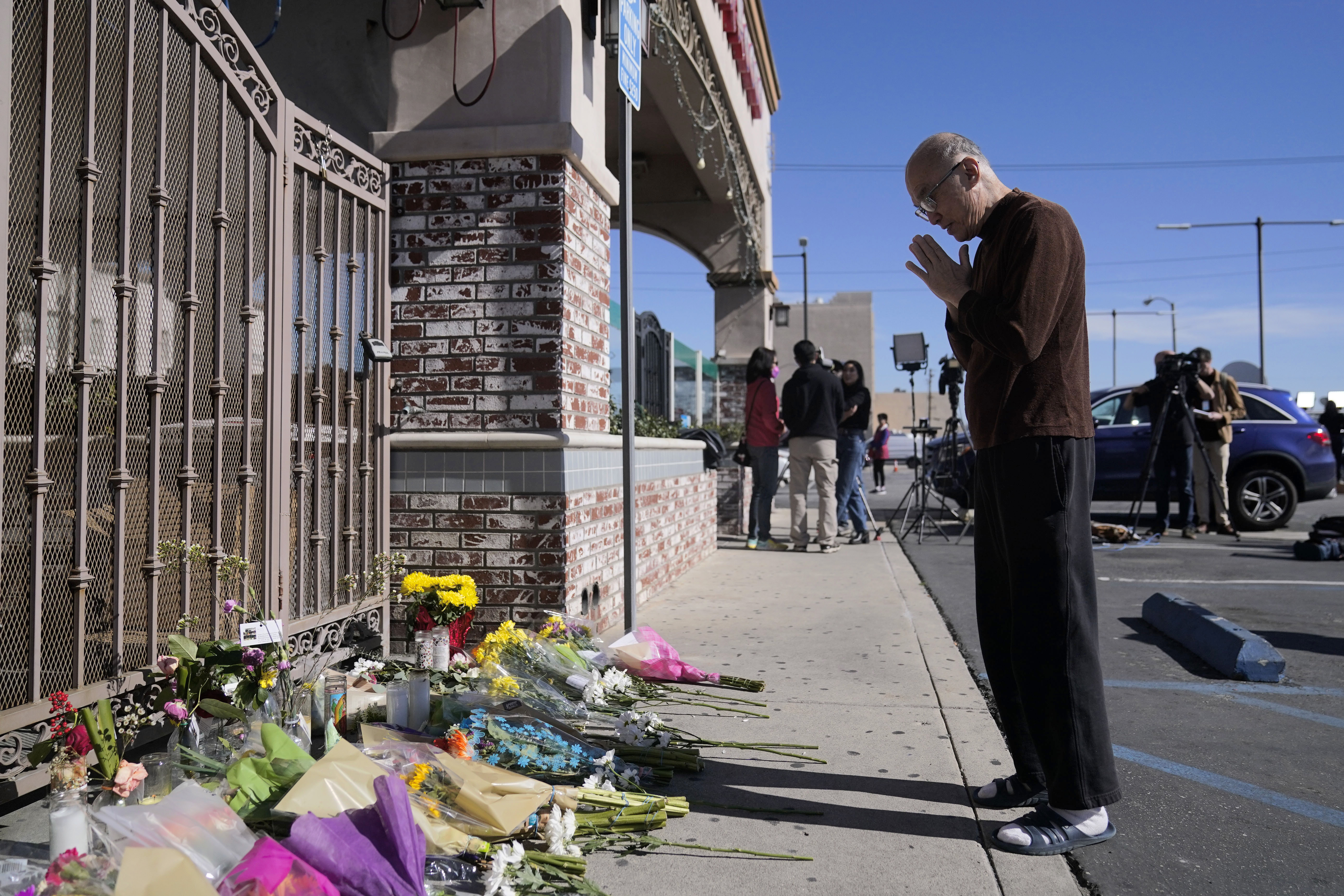 Kenny Loo, 71, prays outside Star Ballroom Dance Studio for the victims killed in Saturday's shooting in Monterey Park, Calif., Monday, Jan. 23, 2023. Authorities searched for a motive for the gunman who killed multiple people at the ballroom dance studio during Lunar New Year celebrations, slayings that sent a wave of fear through Asian American communities and cast a shadow over festivities nationwide. (AP Photo/Jae C. Hong) 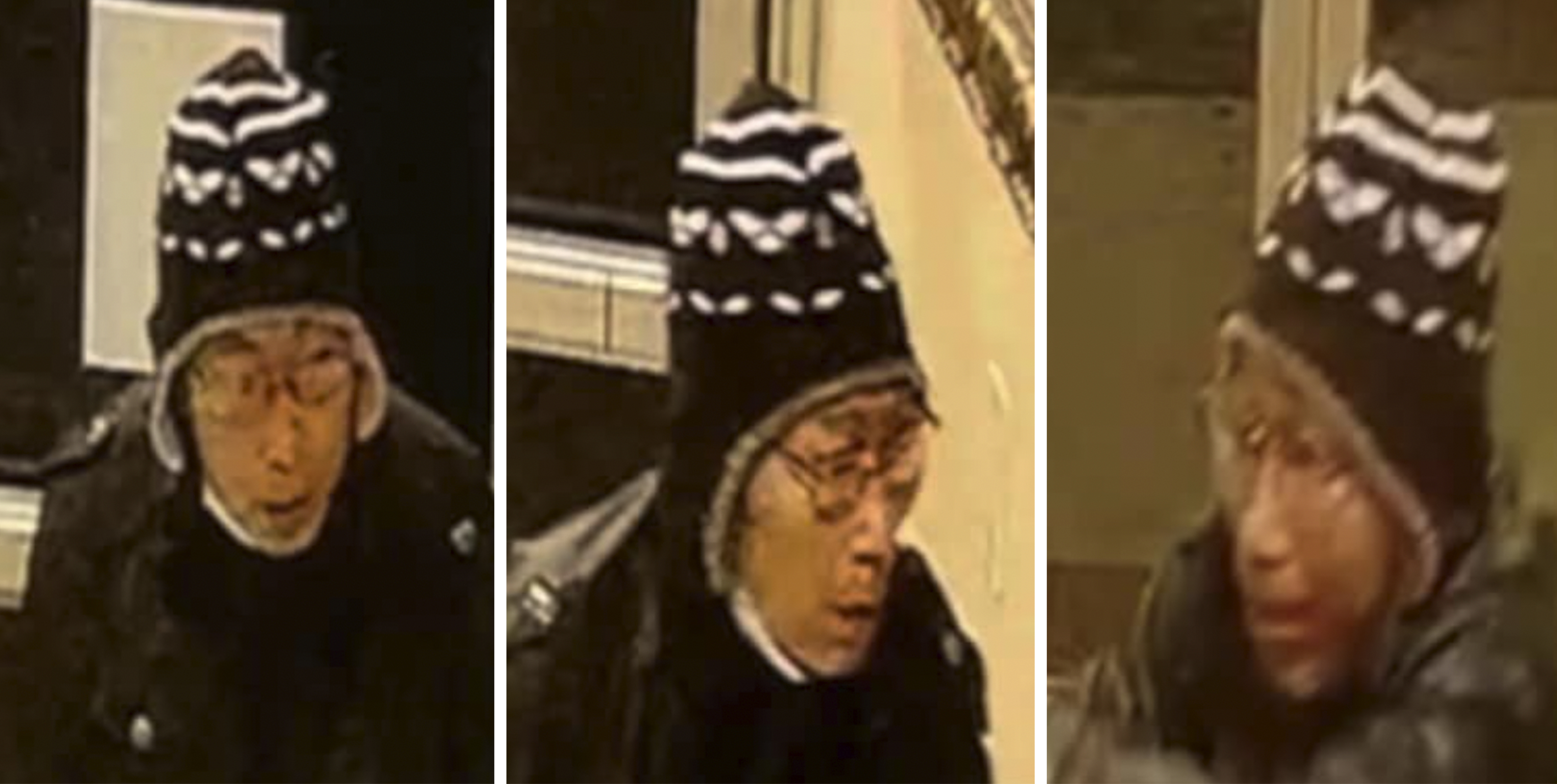 This combination image created using photos provided by the Los Angeles County Sheriff's Department shows a male suspect allegedly involved in a shooting on Saturday, Jan. 21, 2023, in Monterey Park, Calif. Authorities have identified the suspect as 72-year-old Huu Can Tran and say that Tran was found dead of a self-inflicted gunshot wound in the van he used to flee after people thwarted his attempt at a second shooting. (Los Angeles County Sheriff's Department via AP) 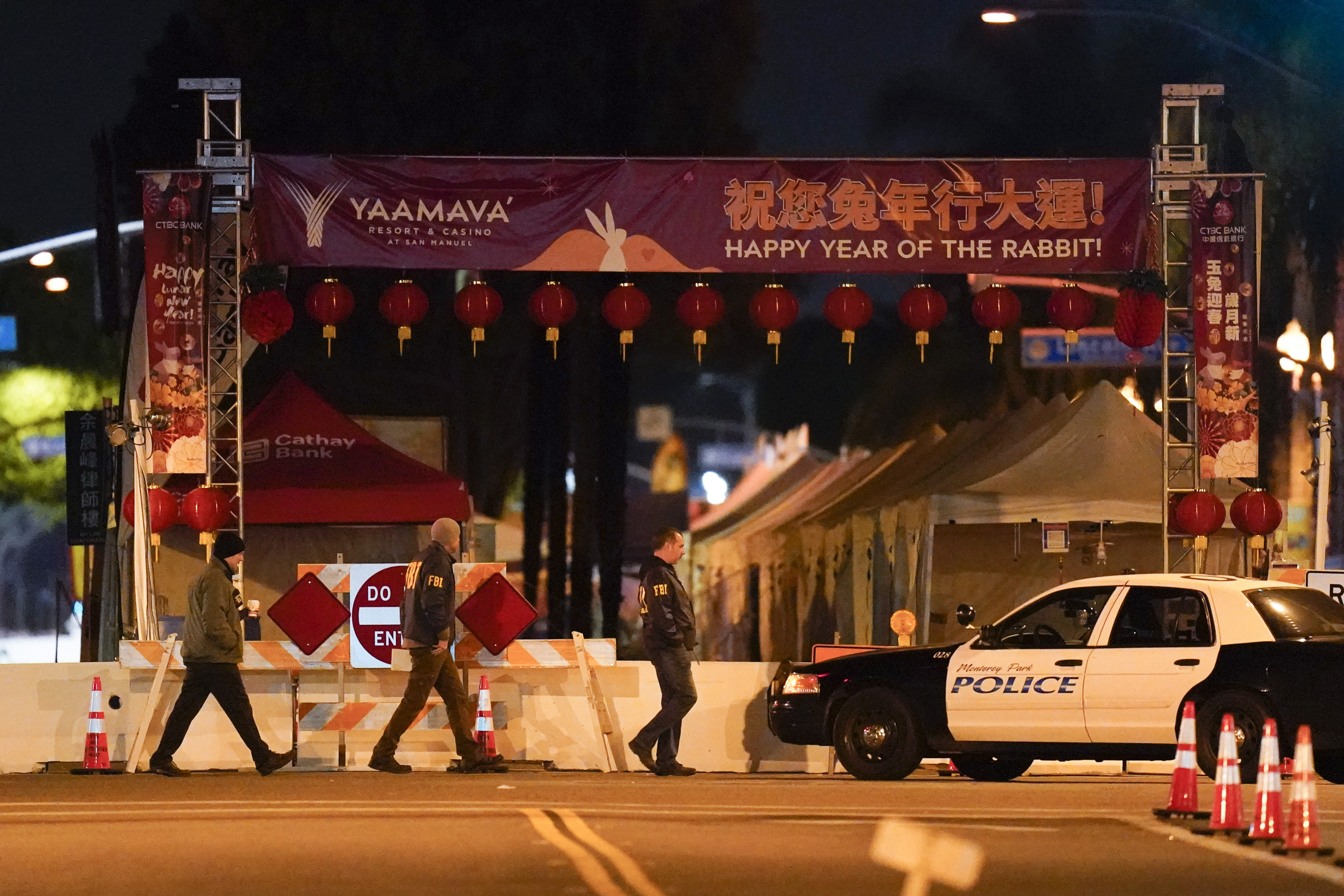 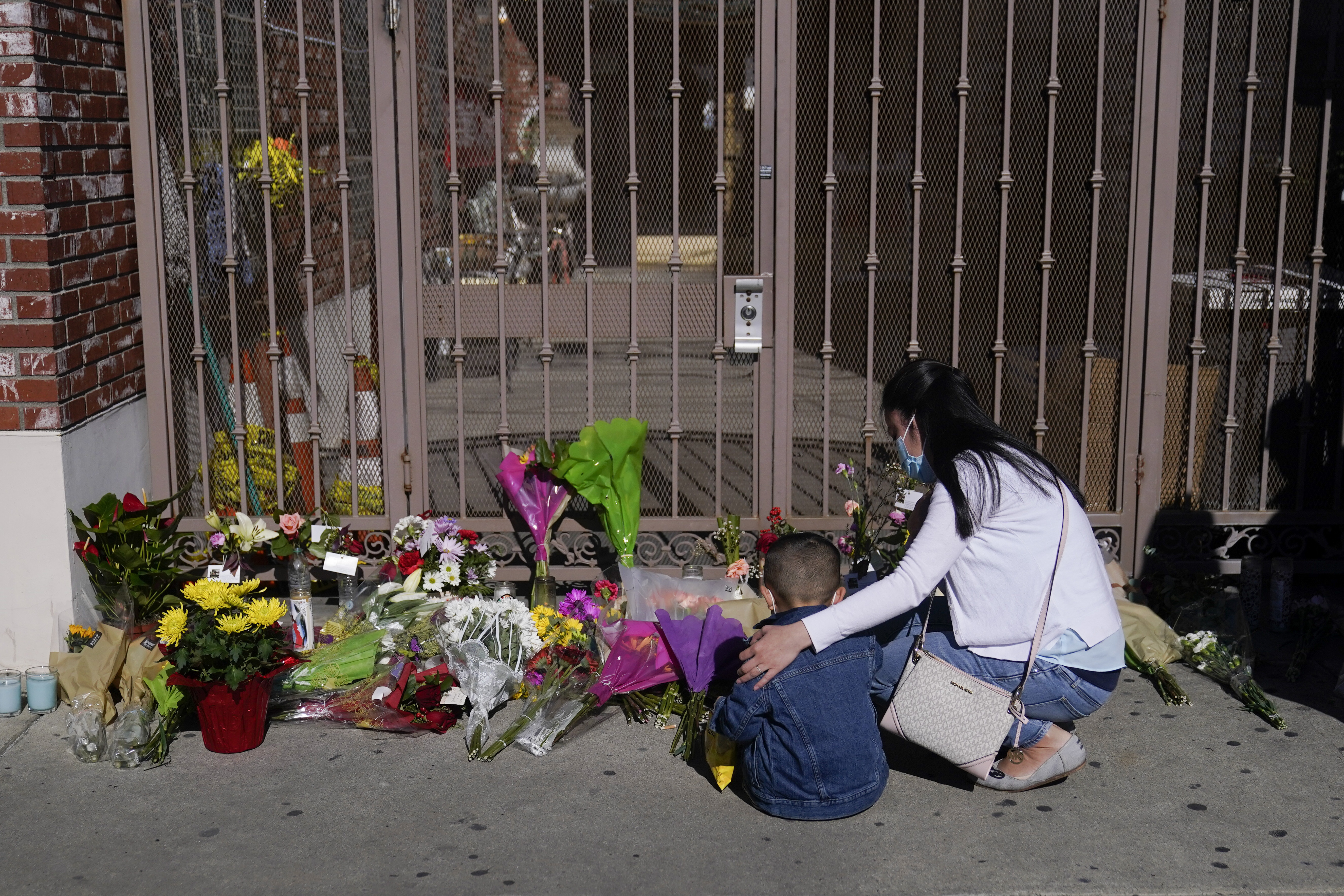 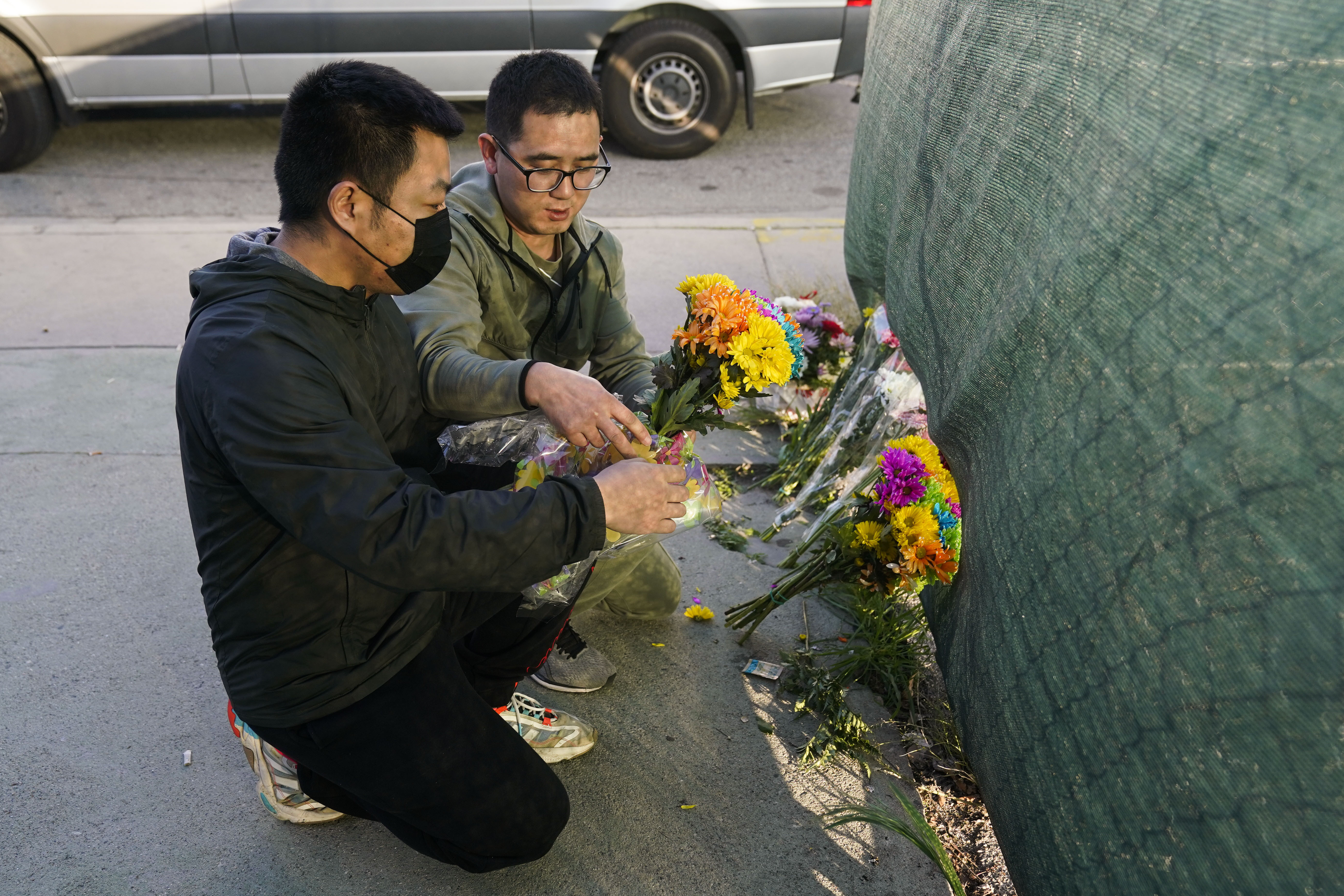 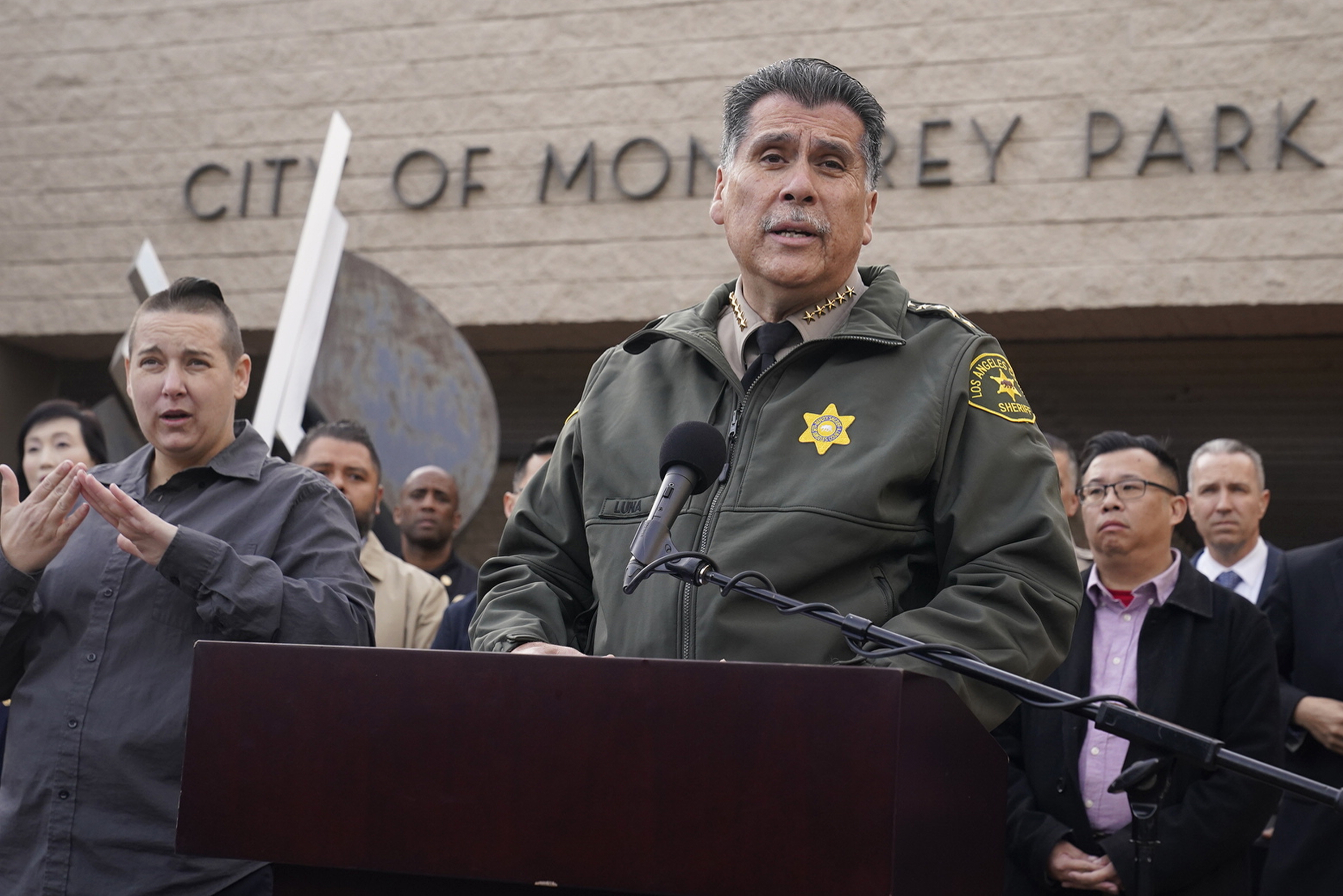 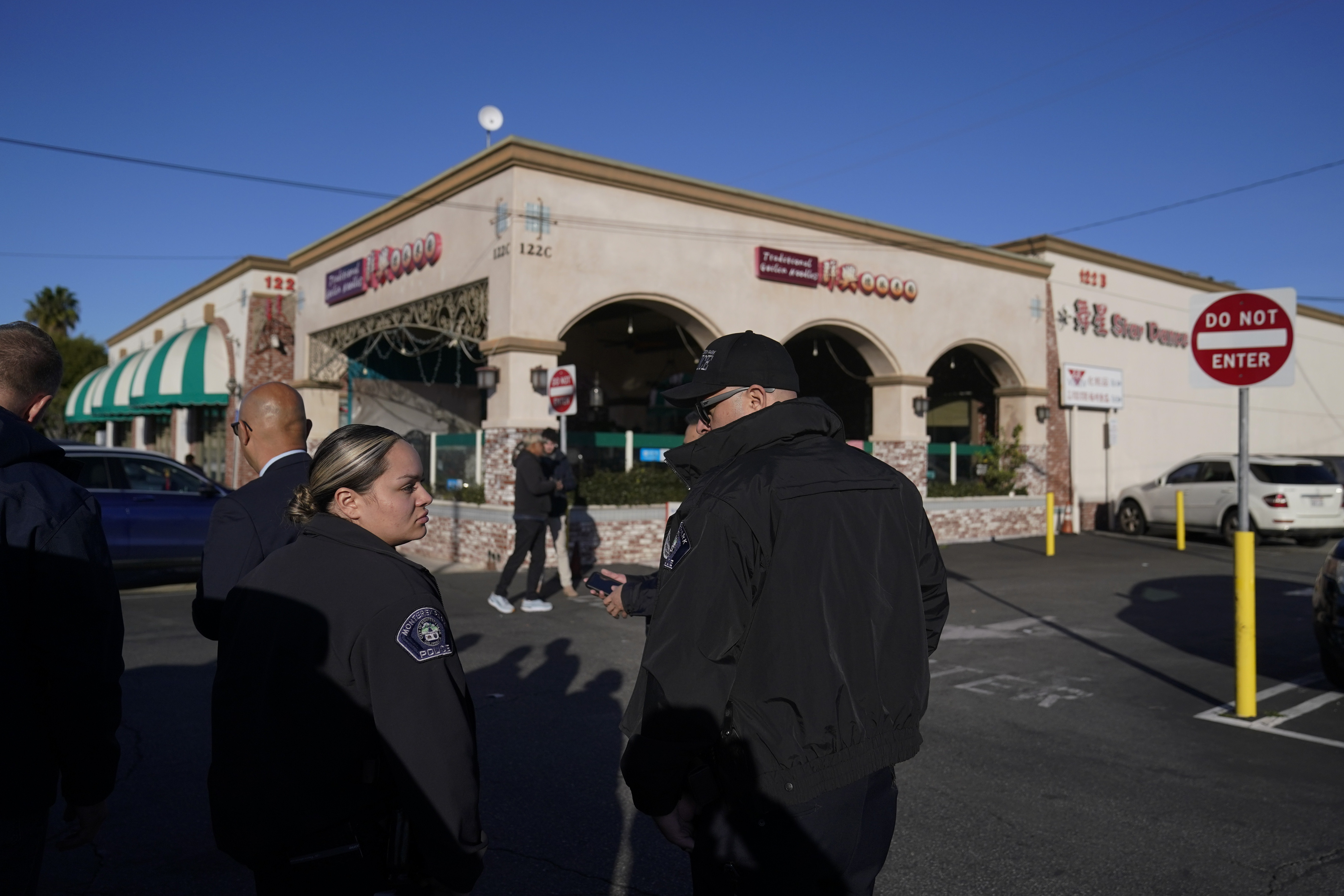 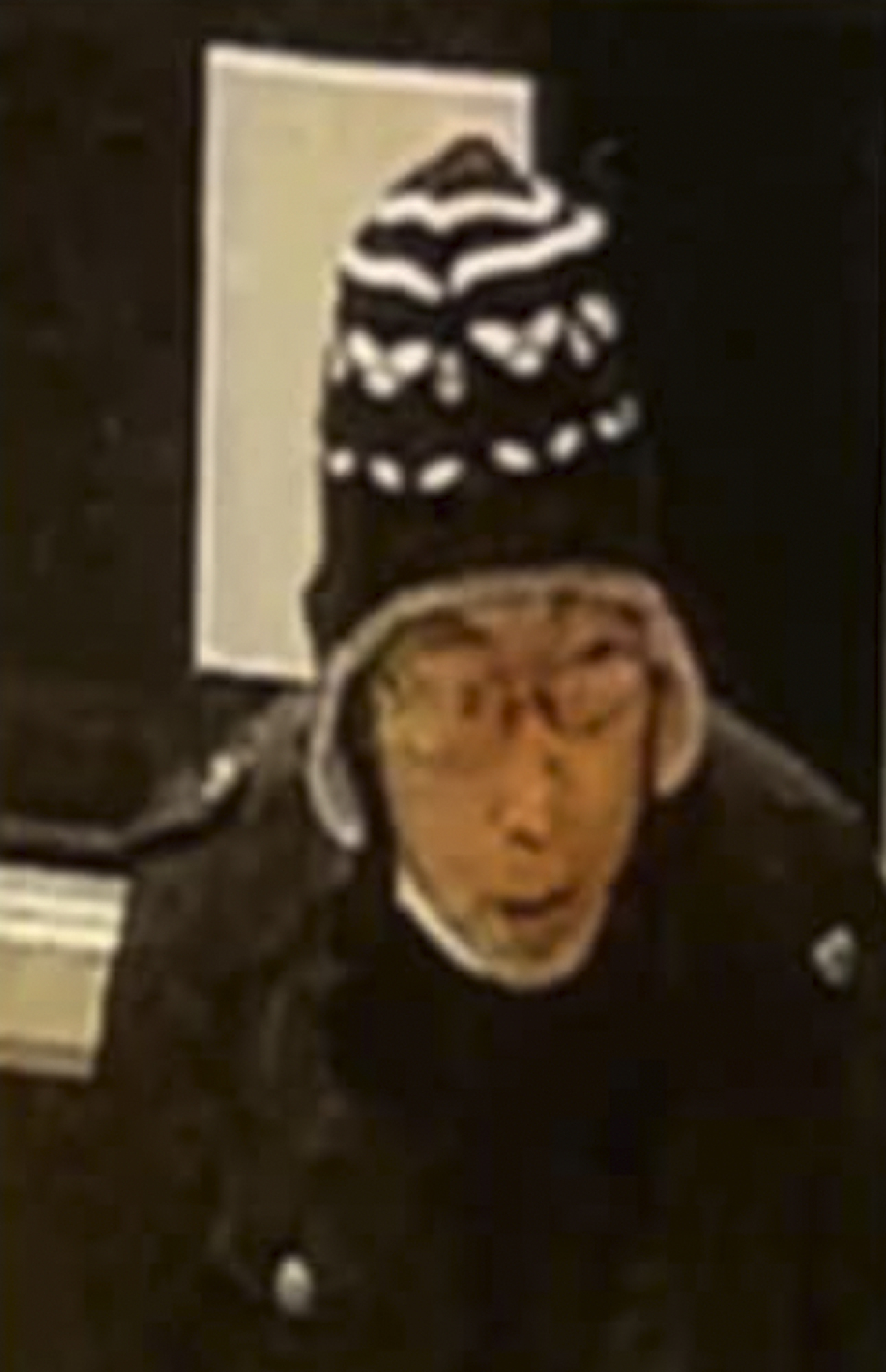 This image provided by the Los Angeles County Sheriff's Department shows a male suspect allegedly involved in a shooting on Saturday, Jan. 21, 2023, in Monterey Park, Calif. Authorities have identified the suspect as 72-year-old Huu Can Tran and say that Tran was found dead of a self-inflicted gunshot wound in the van he used to flee after people thwarted his attempt at a second shooting. (Los Angeles County Sheriff's Department via AP)