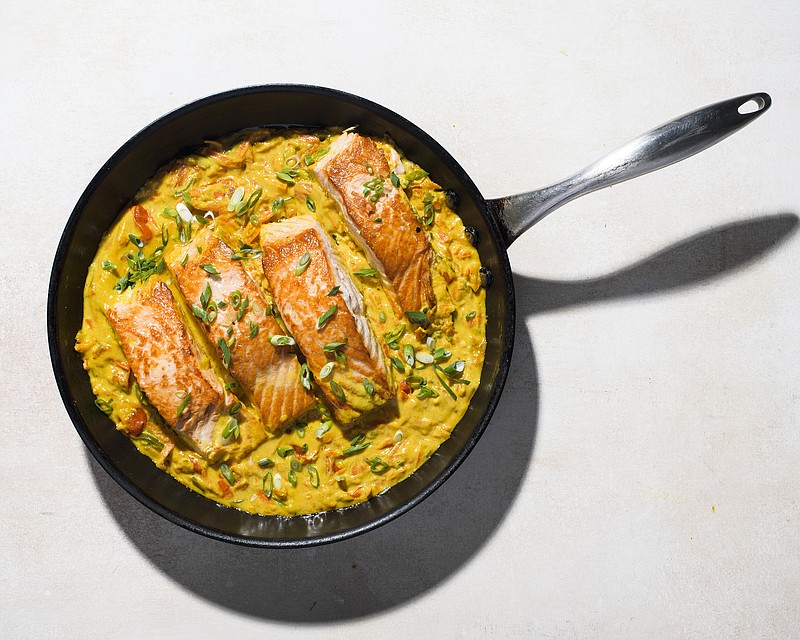 This image released by Milk Street shows a recipe for Salmon in Coconut-Curry Sauce. (Milk Street via AP)

For centuries, the channel of ocean running between Mozambique and Madagascar provided passage and port to ships during the height of the spice trade. The results were delicious, combining local seafood and coconut with rich spice blends for seafood curries.

We borrow from that tradition -- inspired by a recipe in "In Bibi's Kitchen" by Hawa Hassan -- for this simple one-skillet recipe from our book "Cook What You Have," which draws on pantry staples for easy, weeknight meals.

Instead of mackerel, we use salmon fillets and pair them with a saucy mix of vegetables simmered in coconut milk. A small measure of curry powder, a stand-in for the Somali spice blend called xawaash, flavors the dish and gives the sauce a pale golden hue.

Don't let the sauce reach a simmer after returning the salmon to the skillet. Gentle heat -- just enough to create steam -- is all that's needed to cook the fillets so that they remain moist and tender. Serve with steamed rice.

2 medium carrots, peeled and shredded on the large holes of a box grater

Season the salmon on both sides with salt and pepper. In a 12-inch nonstick skillet over medium-high, heat the oil until shimmering. Add the salmon flesh side down, then immediately reduce to medium. Cook, undisturbed, until golden brown, four to six minutes. Using a wide, thin spatula, transfer the salmon browned-side up to a plate.

Return the skillet to medium-high and add the scallion whites and the garlic. Cook, stirring often, until lightly browned, one to two minutes. Add the tomatoes, carrots, curry powder and ½ teaspoon salt; cook, stirring, until the liquid released by the tomatoes has almost evaporated, about five minutes. Stir in the coconut milk, chilies and ¼ cup water, then bring to a simmer. Cover and cook over medium-low, stirring occasionally, until the carrots are softened, six to nine minutes.

Stir in the lime juice and return the salmon, skin side down, to the pan. Cover, reduce to low and cook until the thickest parts of the fillets reach 120 degrees or are nearly opaque when cut into, three to five minutes. Off heat, taste the sauce and season with salt and pepper. Serve sprinkled with the scallion greens. 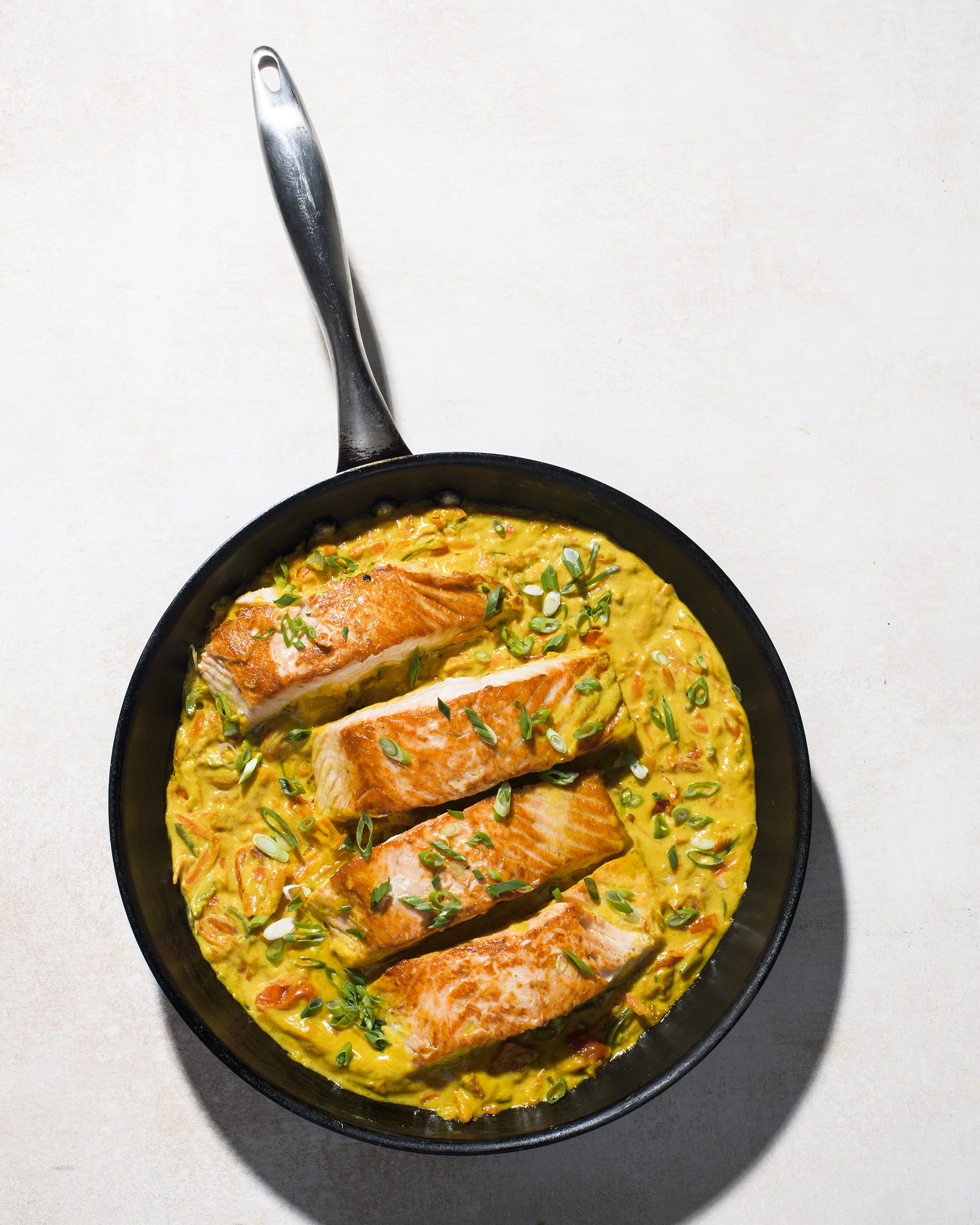 This image released by Milk Street shows a recipe for Salmon in Coconut-Curry Sauce. (Milk Street via AP)