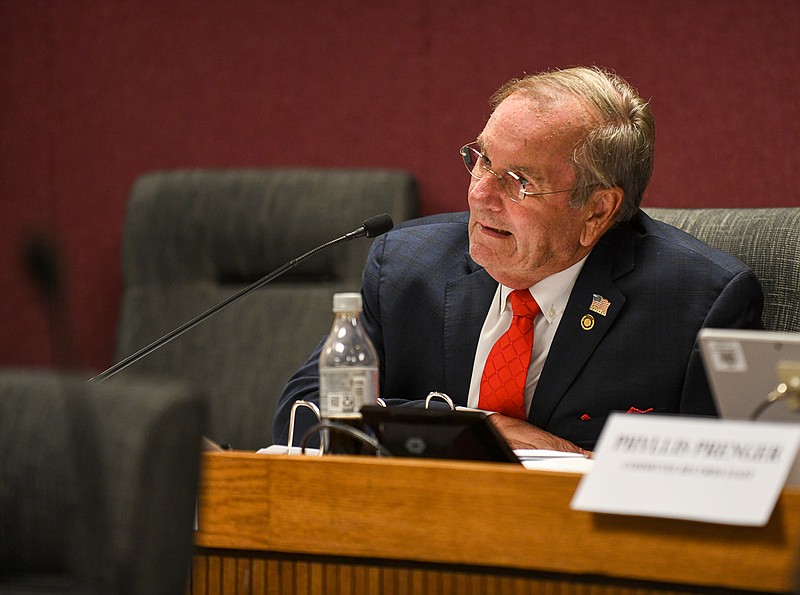 With new reports on the urgent condition of mental health care across Missouri, the Health and Mental Health Policy Committee is trying to tackle a crisis.

At its first meeting of the legislative session Monday, the committee heard the results of two reports relating to mental health conducted over the past two years.

"We are in dire need right now," said Rep. Dave Griffith, R-Jefferson City, who presented a report on suicide among veterans.

"We have an epidemic, a pandemic, of mental health issues that we have got to deal with. The issues that we're going to be talking about -- they're bipartisan," Griffith said. "They impact everybody in the entire state of Missouri."

The first report was from the House Subcommittee on Mental Health Policy Research, presented by Rep. Patty Lewis, D-Kansas City, and was based on 17.5 hours of testimony from health-care professionals, advocates and private citizens who'd been personally impacted by mental health issues.

The report found several common themes through its interviews, noting shortages of staff and inpatient beds, housing insecurity, the COVID-19 pandemic and the opioid crisis have all contributed to a national mental health crisis.

The subcommittee made several recommendations. As a first priority, members said, salaries for Department of Mental Health employees should be raised in order to address staffing shortages. Other recommendations were to continue state funding for 988, the national mental health crisis line, and to expand telehealth remote health care options to increase access to care in rural and remote areas of the state.

"The national mental health crisis is real," said Lewis, who has a background in nursing. "It occurred before the pandemic, but the pandemic has exacerbated it, and our children are at most risk."

The second report, presented by Griffith, focused specifically on suicide among veterans.

A 2018 data sheet from the Missouri Department of Veterans Affairs stated Missouri's suicide rate among veterans was higher than that of both the general population and veterans nationally.

Despite this ongoing crisis, Griffith said, no bills were passed relating to veterans' issues in last year's session.

Like Lewis, Griffith also talked about the necessity of continuing funding for 988. As the report says, although 988 is a national program, it is up to states to integrate it into larger health care networks and connect someone in crisis to care and intervention.

However, Griffith also emphasized that reports need to be read in order for them to make a difference.

"We do these reports, and what do they do? They sit there, and nothing happens," Griffith said. "My hope is that (these reports) are gonna be distributed to every member of this body. So that they can read it, and they can absorb what's going on."

One change all House committees will have to reckon with this year is a newly-imposed limit on how many bills each committee can advance.

A bill must be passed by a committee in order to have a vote on the House floor. As of the start of this legislative session, each committee can only forward two bills before the legislature adjourns for spring break on March 9.

Rep. Mike Stephens, R-Bolivar, is chair of the Health and Mental Health Policy Committee. He said he believed the change will prompt committees, including his own, to integrate multiple measures together into larger bills rather than passing a flurry of smaller bills that would have a greater risk of dying on the House floor.

"In the past, we tended to take one submitted bill at a time, and have it debated, and then ruled upon, and sent on," Stephens said.

"What will have to happen now is that a multitude of similar bills, or at least bills that deal with a single area, can be presented and debated and discussed, and the different parts of those bills combined into a single bill and sent on."