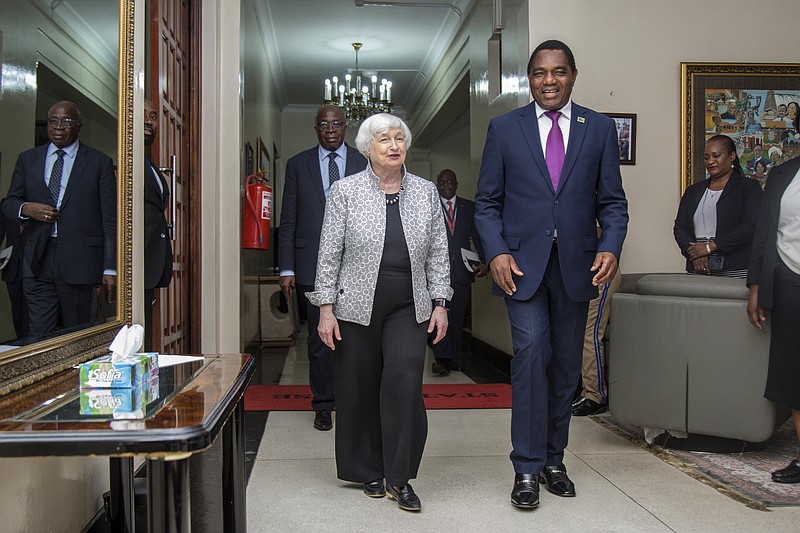 Yellen was in Lusaka, a capital city that's visibly dominated by Chinese financing. Visitors to Lusaka arriving at the renovated Kenneth Kaunda International Airport see a facility expanded in 2015 with Chinese money. A ride into the city passes billboards and newly built firms bearing Chinese signage, more evidence of Beijing's influence and increasing competition with the United States.

But the growth that the country has experienced has come with a heavier debt burden. Zambia became Africa's first coronavirus pandemic-era sovereign nation to default when it failed to make a $42.5 million bond payment in November 2020. Negotiations over how to deal with the debt load have been ongoing.

Experts say a prolonged debt crisis could permanently prevent countries like Zambia from recovering, leading to an entire nation sliding deeper into poverty and joblessness, and exclude it from credit to rebuild in the future. "It's critically important to address it right away," Yellen told reporters at a Monday morning news conference in Zambia's National Public Health Institute.

How Zambia's debt is renegotiated with the Chinese -- and how quickly -- will provide a test case for how lenient China will be with other overextended nations that face debt distress.

On Monday, Yellen said she had "constructive" conversations with her Chinese counterpart on Zambia's debt in Switzerland during a first face-to-face meeting last week, but "it's taken far too long already to resolve this matter."

Addressing Zambia's debt is a primary reason for Yellen's visit, and the Treasury secretary met with Zambia's president and finance minister on Monday to talk about the ongoing negotiations.

Zambian President Hakainde Hichilema said during a bilateral meeting with Yellen that the country faces a late March deadline to find a solution to its debt overhang, which would then further drag its economy. 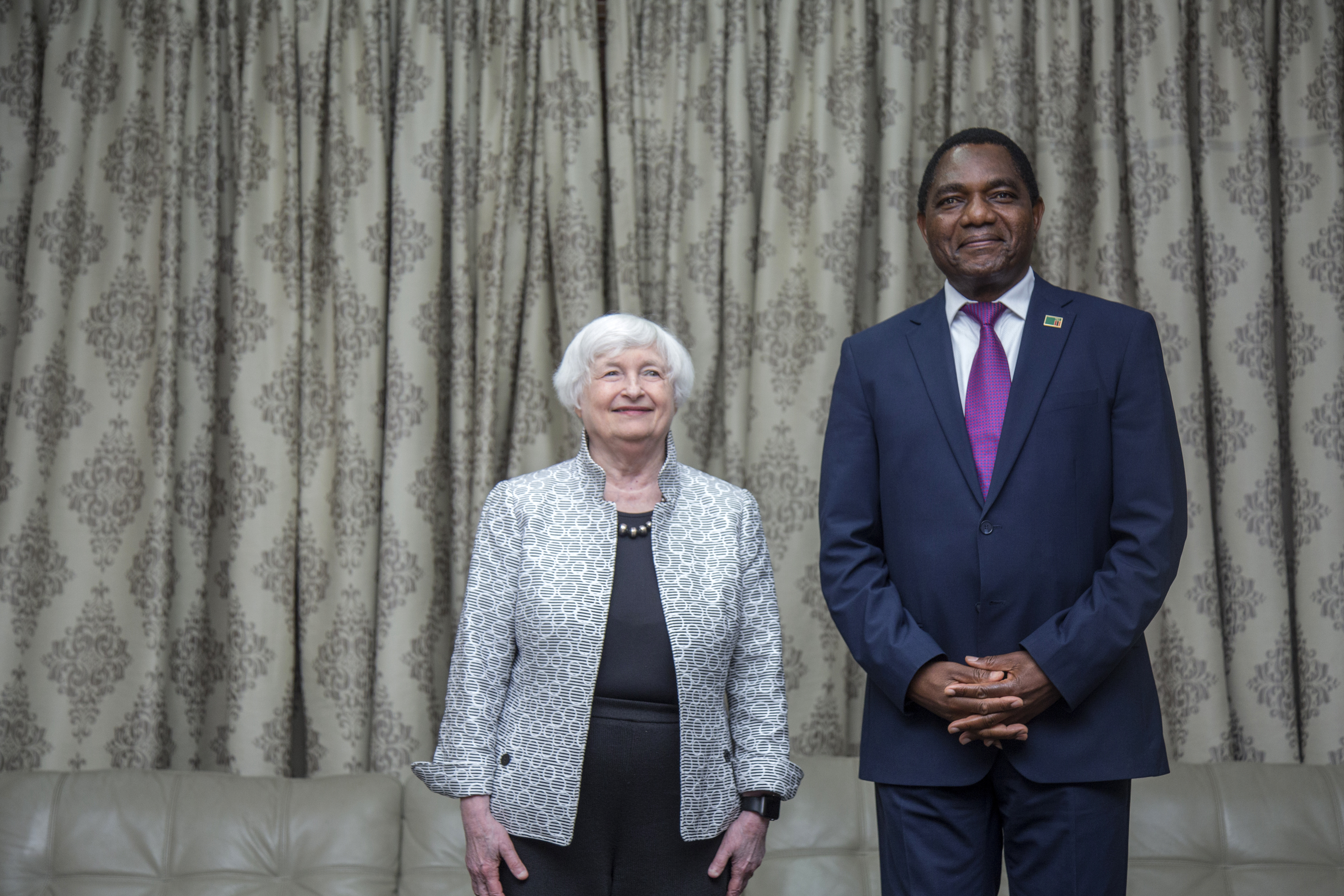 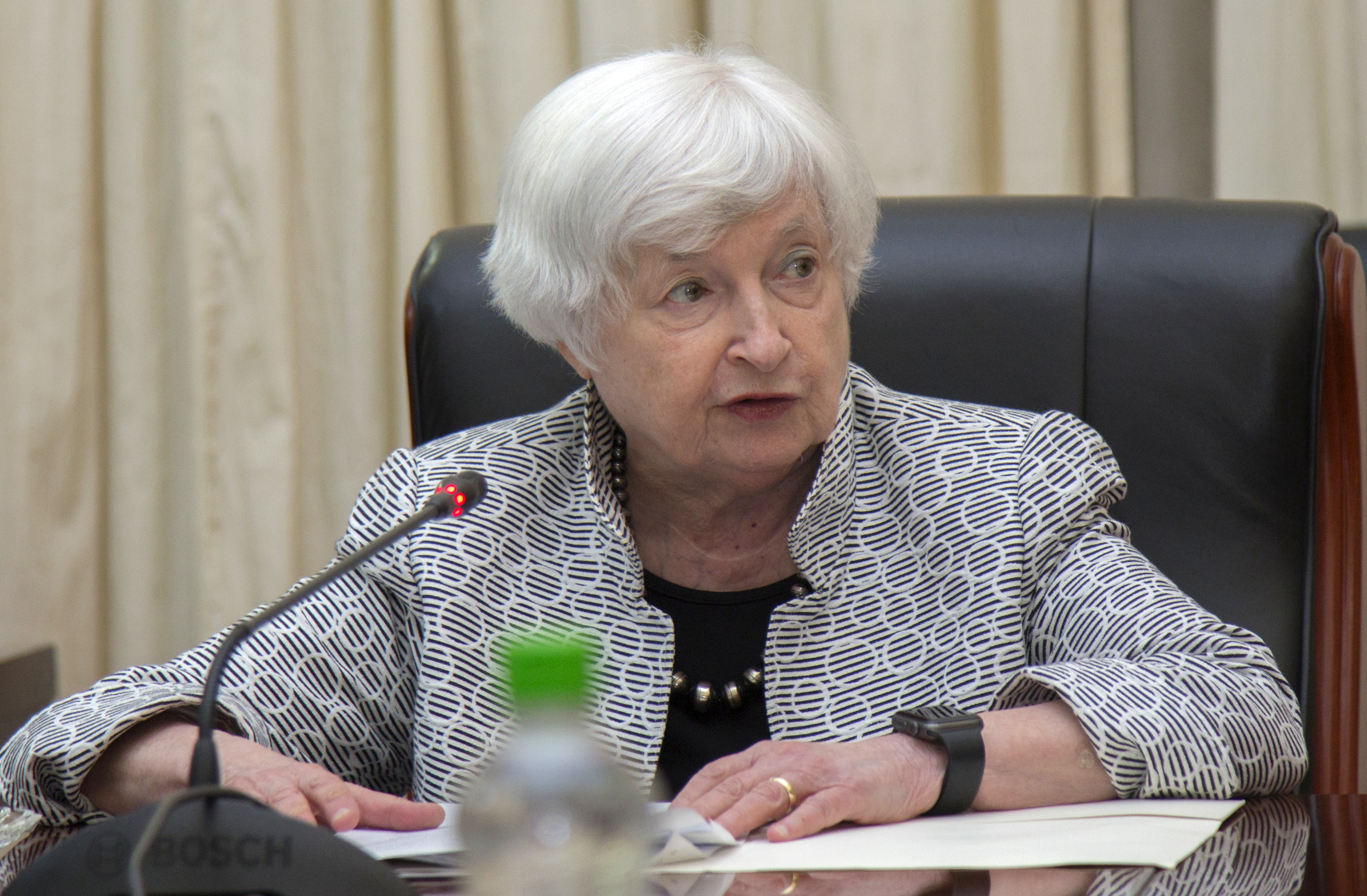 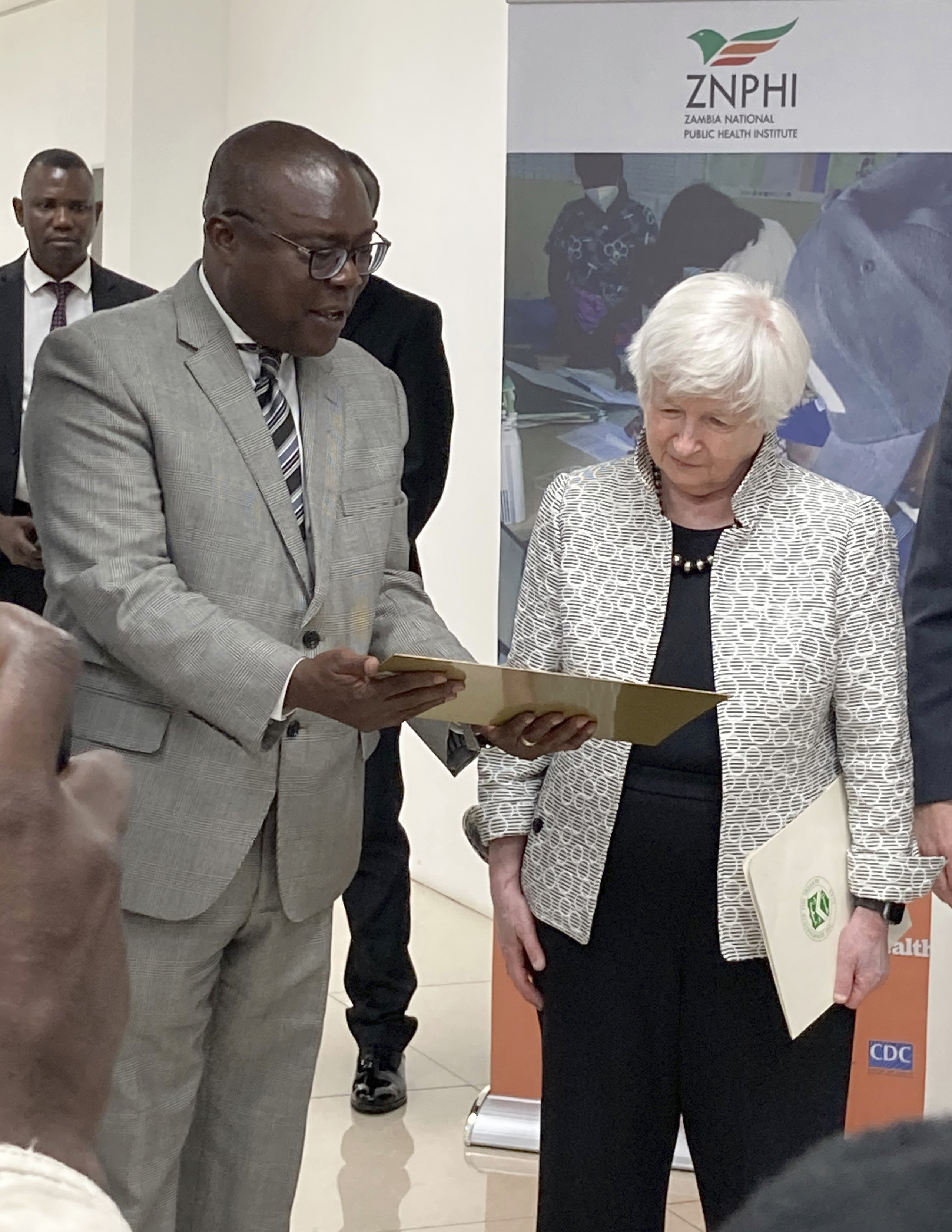