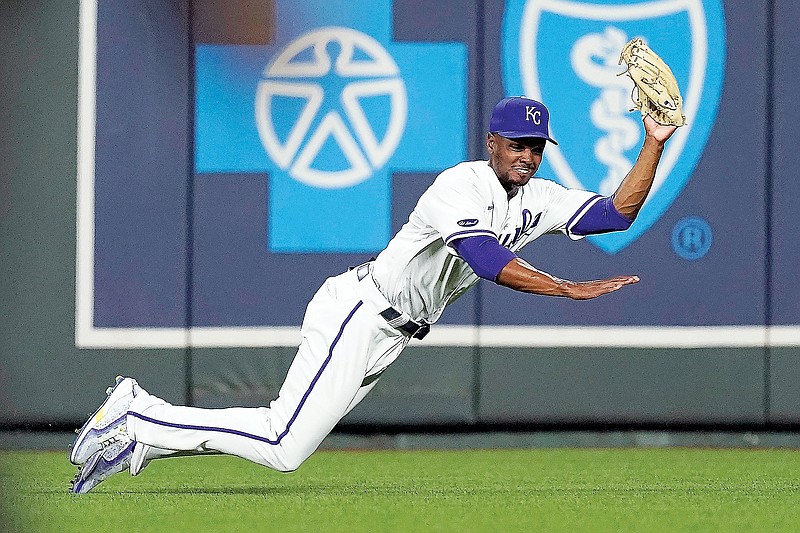 In this Sept. 20, 2022, file photo, Michael A. Taylor catches a fly ball for the Royals during a game against the Twins at Kauffman Stadium in Kansas City. (Associated Press)

MINNEAPOLIS -- The Minnesota Twins acquired veteran Michael A. Taylor from the Kansas City Royals on Monday night, adding depth and defense to their outfield in exchange for two relief pitching prospects, according to a person with knowledge of the trade.

The person confirmed the deal on condition of anonymity because the teams had not yet announced it.

Taylor batted .254 with nine home runs and 43 RBI in 414 at-bats last season for the Royals, his second year with the club after spending his first seven major league seasons with the Washington Nationals. Taylor was a Gold Glove winner in his Royals debut in 2021 and gives the Twins a third outfielder on their roster who has won the award, joining Byron Buxton (2017) and newcomer Joey Gallo (2020 and 2021).

Sisk, who was originally drafted by the St. Louis Cardinals in the 16th round in 2018 out of the College of Charleston, split last season between Wichita and Triple-A St. Paul. He went 5-1 with a 1.57 ERA, 29 walks and 76 strikeouts in 63 innings between the teams.