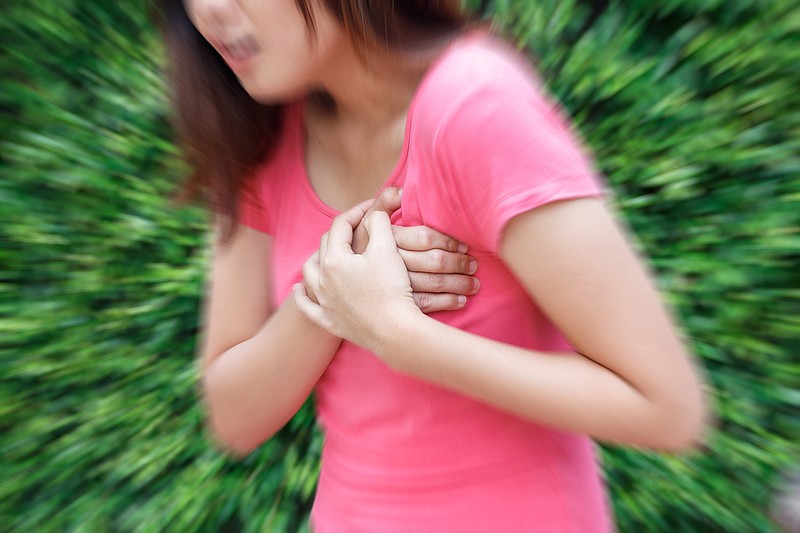 Women are more likely to die from a heart attack than men. Studies suggest that’s because women are less able to recognize the symptoms of a heart attack. (Dreamstime/TNS)

While heart attacks don't discriminate based on gender, women are more likely to die from a heart attack than men.

Studies suggest that's because women are less able to recognize the symptoms of a heart attack.

Cardiovascular nurse Jennifer Gaydosh knows firsthand how tricky it can be to recognize heart attack symptoms in women.

Gaydosh woke up in the middle of the night with a burning pain in her arm. After a visit to the ER and some tests, Gaydosh was cleared and released. But later at work, a coworker told her she didn't look good and suggested she go back for additional testing. Those tests revealed Gaydosh was having a heart attack. That a cardiovascular nurse who deals with patients experiencing heart attacks all the time couldn't be sure what she was experiencing, just goes to show how difficult it can be for women to recognize the symptoms.

"I see patients all the time who try to talk themselves out of symptoms, and I roll my eyes," Gaydosh told Good Morning America. "It really is easy to convince yourself that you're fine."

The truth is, heart attack symptoms in women are often overlooked and missed. Unlike the chest-grabbing, arm-tingling symptoms men often experience, the signs of a heart attack in women can be a bit more subtle.

"Don't ignore your symptoms. Women, in particular, are worried about looking foolish or making a big deal or thinking, 'I have to go to work and I have to take care of everything,'" Gaydosh added.

"Ultimately you have to take care of yourself first," she said. "Go get your symptoms checked out rather than ignore them."