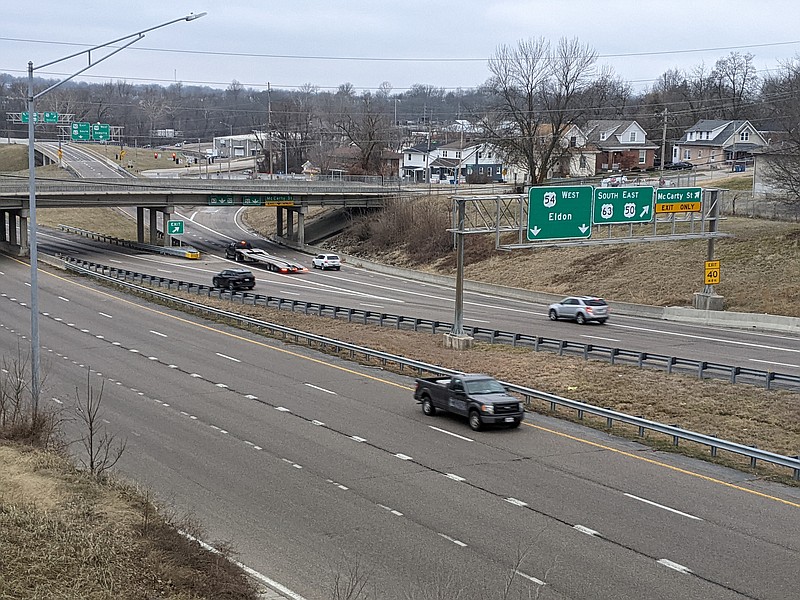 A $859 million project to expand the number of lanes along suburban stretches of Interstate 70 has become a centerpiece of Gov. Mike Parson's recently unveiled state budget.

But the Republican governor hasn't forgotten about rural roads and infrastructure.

"When I became governor, we worked with all of you and set out to repair or replace 250 of our state's poorest bridges. And we are happy to report that 222 have already been completed, and the remaining bridges will be under contract by March," Parson said during his State of the State address Wednesday. "We have also set out to address crumbling roads in rural areas. Thanks to our rural routes program established in last year's budget, 1,700 lane miles of low-volume roads in the poorest conditions will be resurfaced by the end of June of this year."

Parson proposed a $50 billion state budget Jan. 18 during his State of the State address, making infrastructure and workforce development key priorities. State coffers are in good health, according to Budget Director Dan Haug, as Missouri is expected to have roughly $4 billion left in the bank after the governor's plan is fully implemented.

Legislators in the Missouri House and Senate will work through crafting a state budget over the next couple months.

In addition to nearly $860 million for I-70, Parson's budget proposal includes $379 million for planned transportation improvement projects, more than $247 million for broadband development and $35 million to improve railroad crossing safety.

"What you're seeing is an increase in the spending authority there, supported by the governor, that matches the increase in the construction program that's been approved in the STIP," McKenna said.

MoDOT's STIP has $1.6 billion worth of road and bridge improvements budgeted for the current fiscal year.

The department adds to the STIP annually and projects are awarded to contractors on a rolling basis as funding is available. The STIP outlines five year's worth of planned projects, which are largely identified by local governments and prioritized by MoDOT.

The current STIP, outlining projects from 2023 through 2027, totals $7.65 billion, which is an estimate of funds that will be made available to the department over the next five years to make road and bridge improvements. MoDOT plans to improve 1,944 miles of interstate highways, 5,515 miles of major state routes and 10,298 miles of minor routes under the current STIP.

Aaron Willard, Parson's chief of staff, said the state is able to put a major focus on Interstate 70 while continuing other projects because of how the governor has approached infrastructure developments since taking office.

Parson kicked his infrastructure efforts off with a $350 million bonding proposal to improve bridge conditions throughout the state. He also championed an incremental increase to Missouri's gas tax, the revenue from which largely goes to support road and bridge projects.

"By creating a completely separate revenue stream, that freed up other dollars that then MoDOT could go and they could re-prioritize other projects in that STIP plan," Willard said.

Willard said the Governor's Office wants to continue to work through the STIP because the projects it contains come from local governments and leaders.

He pointed to the $100 million Parson has pushed to low-volume roads, a lot of which are not eligible for federal funding.

McKenna said direction from the Governor's Office and public feedback has been to focus on reliability issues within the state's existing highway and transportation system.

Parson has recommended a $4.7 billion budget for MoDOT, with more than $3.5 billion designated for highway construction, according to the budget bill. Construction costs make up more than 70 percent of the department's proposed budget.

Nearly $550 million is dedicated to system management and more than $300 million is set aside for multimodal programs and operations, according to the proposed budget bill. System maintenance covers areas such as road and shoulder repair, bridge repair, snow and ice removal, and traffic signal and sign maintenance, while multimodal refers to airports, river ports and rail travel.

Part of the $379 million in proposed STIP funding comes from the federal Bipartisan Infrastructure Law Congress passed in 2021. Haug said the state is still waiting to receive a chunk of the funding because "the feds just haven't got it out the door yet."

The governor's $50 billion budget includes more than $247 million for broadband development as well. It's a slightly smaller investment than the $300 million he proposed and received last year.

Parson said nearly 70,000 underserved homes and businesses throughout Missouri have received broadband internet because of the previous investment so far.

"If we can put electricity in every home, we can do the same with broadband today," he said in his speech. "We are not done until every home, every school, every business and every farm has access to quality internet."

Other proposed transportation spending includes $35 million for MoDOT to partner with local communities and railroads through a new program to improve safety at crossings and $21.2 million to partner with the federal government on airport improvements, including at Jefferson City Memorial Airport.

Haug said the proposed infrastructure spending will help the state improve all aspects of transportation.

"We've put money in for bridges; we're putting money in for I-70. This is another part of the transportation system that we need to upgrade and want to make sure it's safe for all Missourians," he said of the railroad crossing funding. 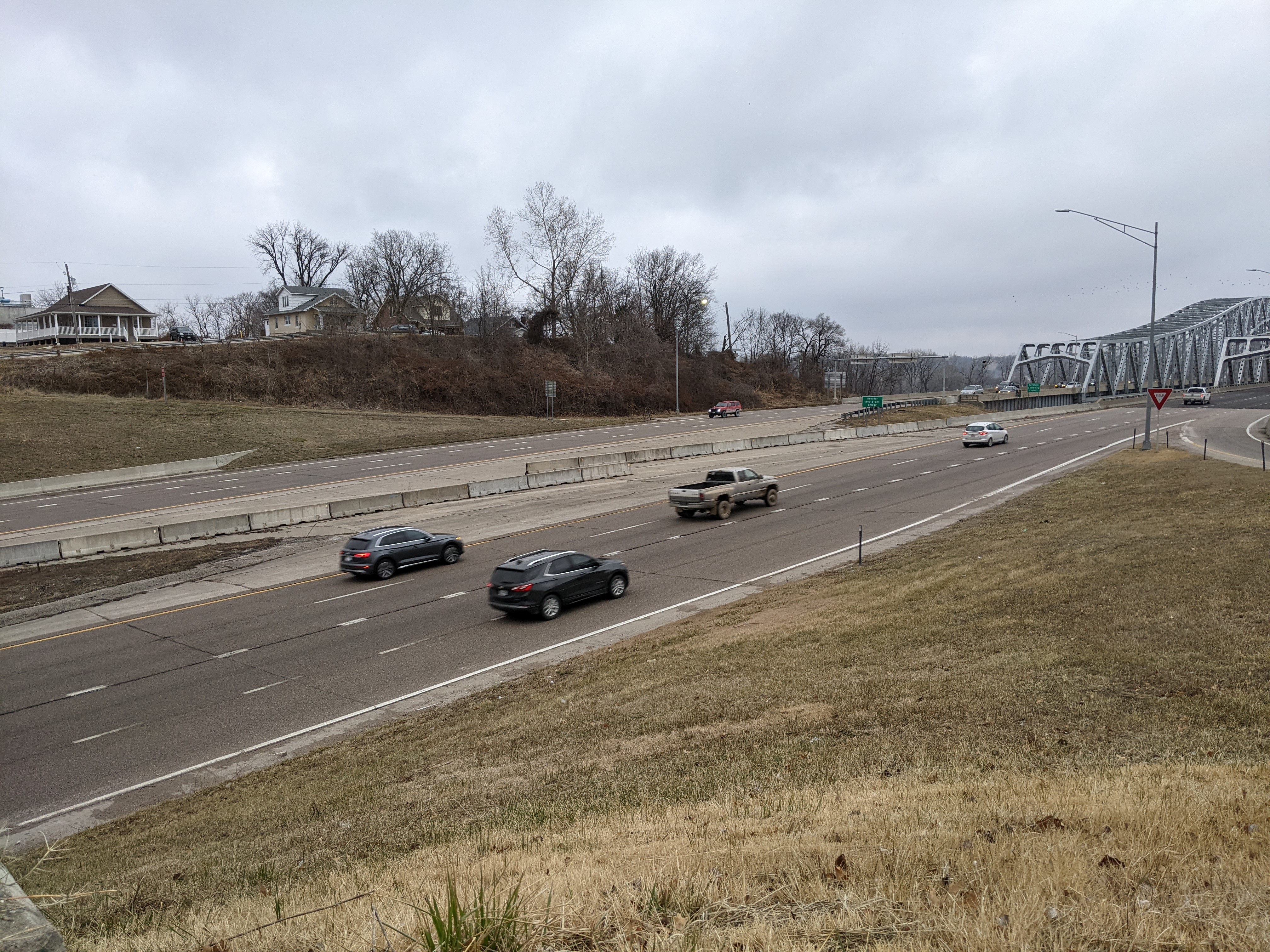 Ryan Pivoney/News Tribune photo: Motorists on U.S. 54 Sunday afternoon, Jan. 22, 2023, prepare to travel across the Missouri River bridge, which is scheduled for an improvement project under the Missouri Department of Transportation's Statewide Transportation Improvement Program. The governor advocated for a $379 million appropriation to the STIP during his State of the State Address to make progress on planned road and bridge work throughout the state.