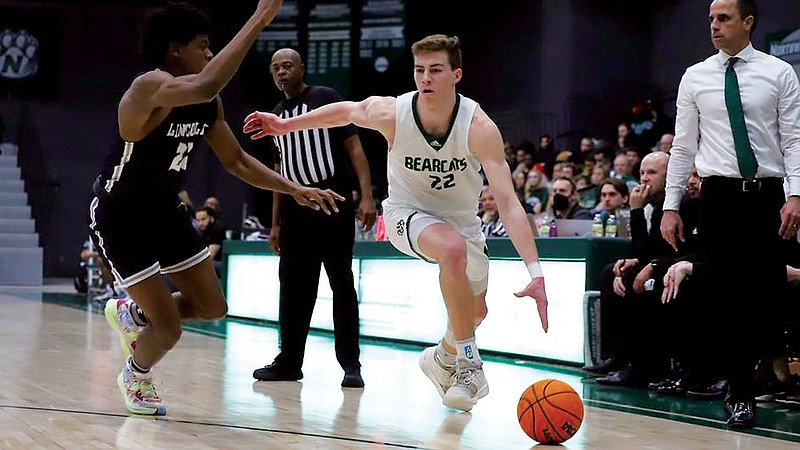 Artese Stapleton opened the game with a layup for the Blue Tigers, but Lincoln would struggle to get its offense going the rest of the first half.

Lincoln held Northwest Missouri to just one point in the first six minutes of the second half, but was only able to score four points itself, as the Bearcats held onto a 40-18 advantage.

Stapleton led the way for Lincoln (11-5, 7-5 MIAA) with 13 points as the lone Blue Tiger to reach double figures.

A big second half let the Northwest Missouri Bearcats’ women’s basketball team run away with a 72-48 victory Saturday against the Lincoln Blue Tigers in MIAA play.

The Blue Tigers opened the game on an 8-3 run and were able to take a 14-9 advantage to the second.

Lincoln continued to lead until two free throws by Jayna Green gave the Bearcats a 20-18 lead with 5:56 left before half.

The lead changed hands four times before intermission before the two sides went to break tied at 27.

Northwest Missouri opened the second half on a 6-0 run and was able to take a 50-38 lead to the fourth quarter.

The Blue Tigers scored the first two points of the fourth to cut their deficit to 10, but that would be the closest they would get, as the Bearcats’ biggest lead of the game was the final margin.

Kelsey Fields scored a game-high 20 points for Northwest Missouri (10-8, 5-7) and Molly Hartnett joined her in double figures with 15.