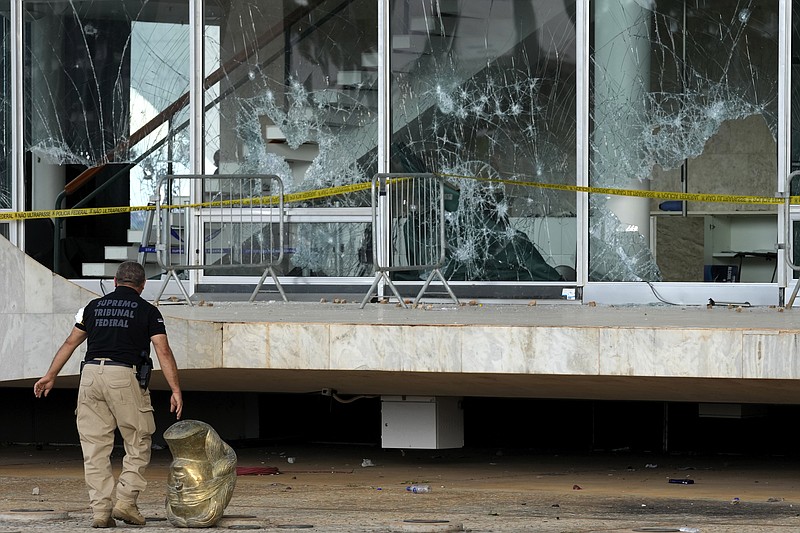 An agent walks past the head of a statue depicting the Greek goddess Themis, outside the Brazilian Supreme Court building that was damaged by supporters of Brazil's former President Jair Bolsonaro, in Brasilia, Brazil, Tuesday, Jan. 10, 2023. Bolsonaro supporters who refuse to accept his election defeat stormed Congress, the Supreme Court and presidential palace Sunday, a week after the inauguration of his leftist rival, President Luiz Inacio Lula da Silva. (AP Photo/Eraldo Peres)

The official website of the Brazilian armed forces said Gen. Julio Cesar de Arruda had been removed as head of the army. He was replaced by Gen. Tomás Miguel Ribeiro Paiva, who was head of the Southeast Military Command.

In recent weeks, the military has been targeted by Lula after supporters of former President Jair Bolsonaro stormed through government buildings and destroyed public property. Lula said several times in public that there were definitely people in the army who allowed the rioting to occur.

Rioters who stormed through the Brazilian Congress, the presidential palace and the Supreme Court in Brasilia sought to have the military intervene and overturn Bolsonaro's loss to Lula in the presidential election.

More than a thousand people were arrested on the day of the riot, which bore strong similarities to the Jan. 6, 2021, riots at the U.S. Congress by mobs who wanted to overturn former President Donald Trump's election loss.

A Brazilian Supreme Court justice earlier this month authorized adding Bolsonaro in its investigation into who incited the rioting in Brasilia as part of a broader crackdown to hold responsible parties to account.

According to the text of his ruling, Justice Alexandre de Moraes granted the request from the prosecutor-general's office, which cited a video that Bolsonaro posted on Facebook two days after the riot. The video claimed Lula wasn't voted into office, but rather was chosen by the Supreme Court and Brazil's electoral authority. 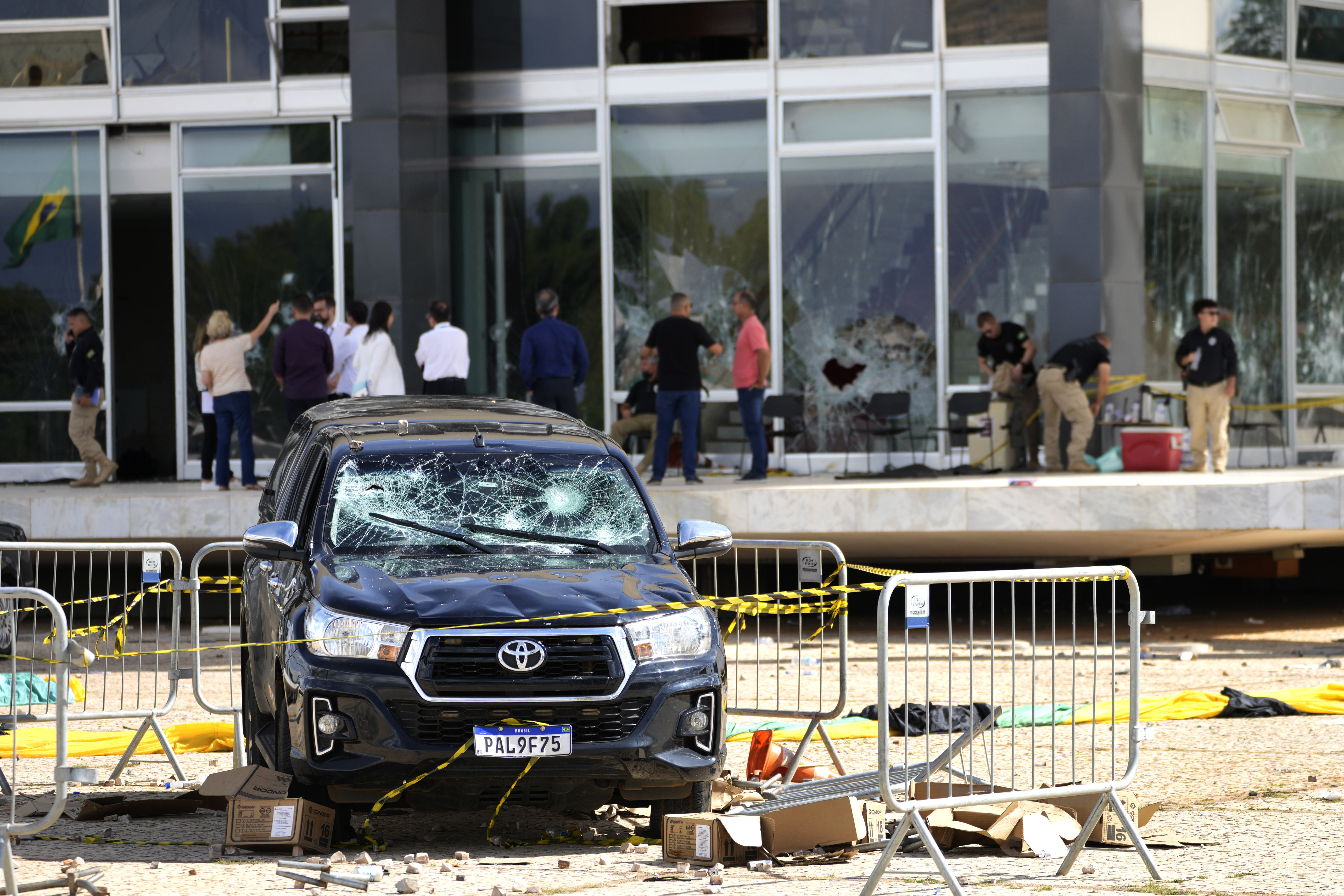 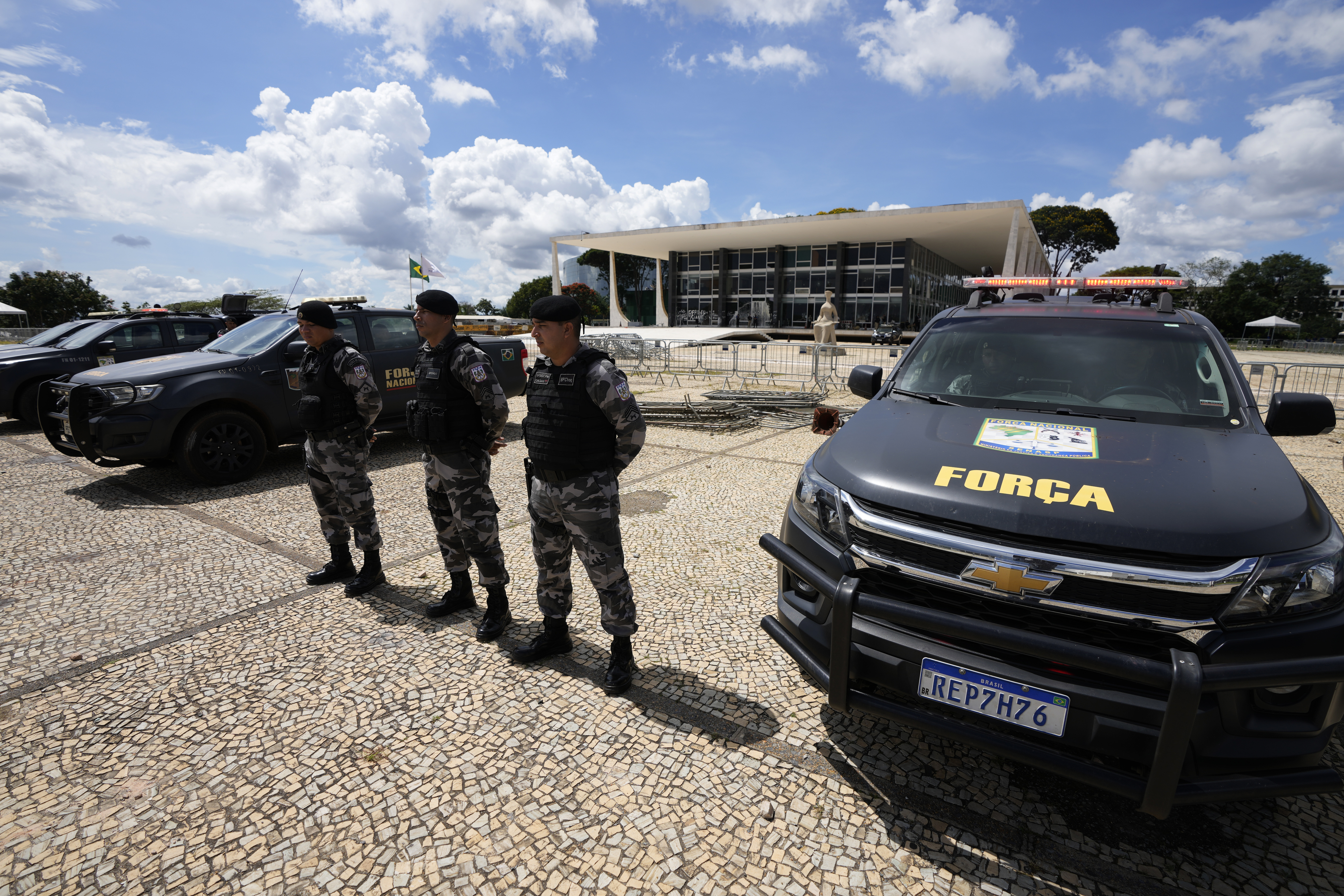 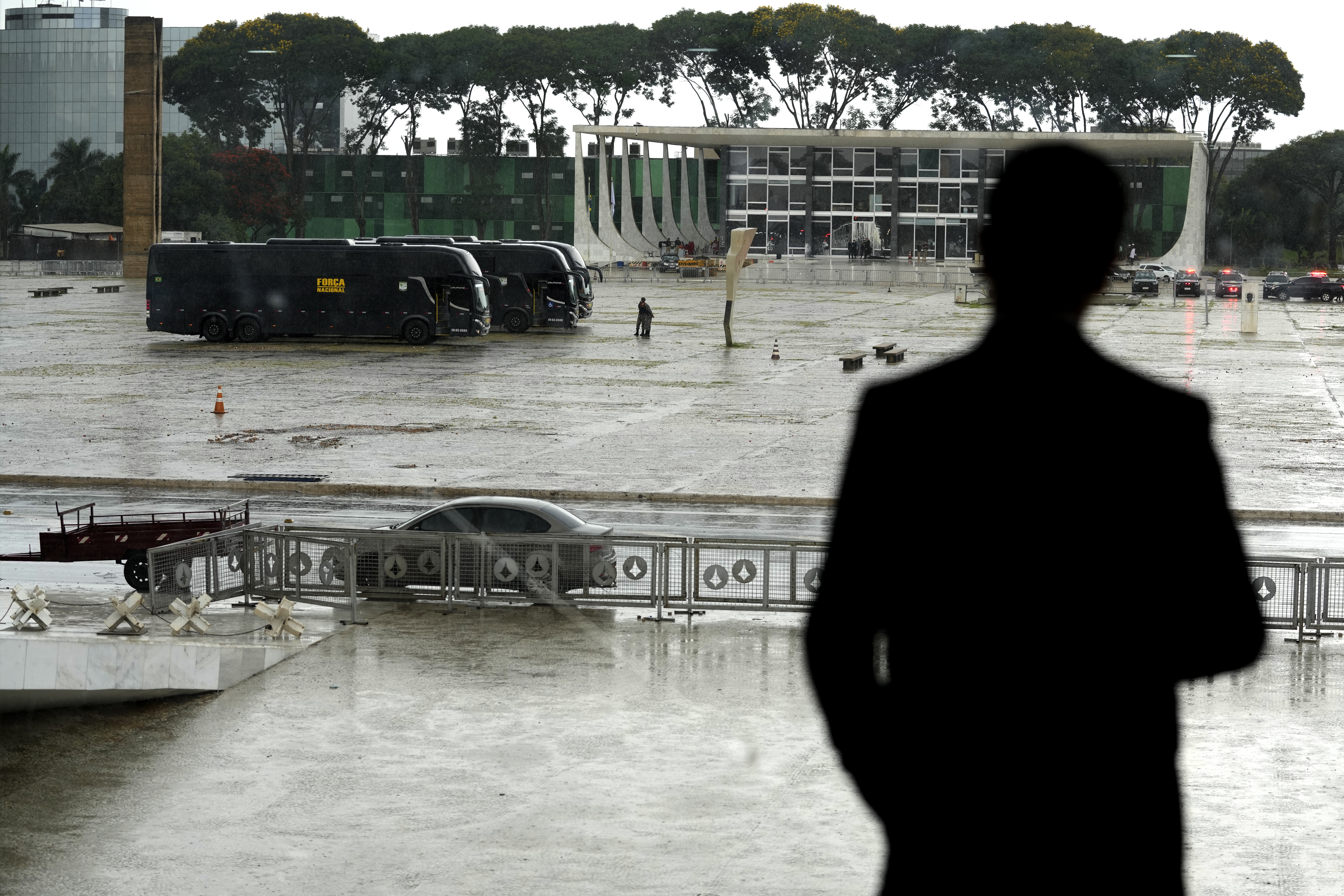 A worker at Planalto Palace, the office of the president, looks out at the Suprema Court where security vehicles are parked in Brasilia, Brazil, Wednesday, Jan. 11, 2023, ahead of expected protests called for by supporters of former Brazilian President Jair Bolsonaro. (AP Photo/Eraldo Peres) 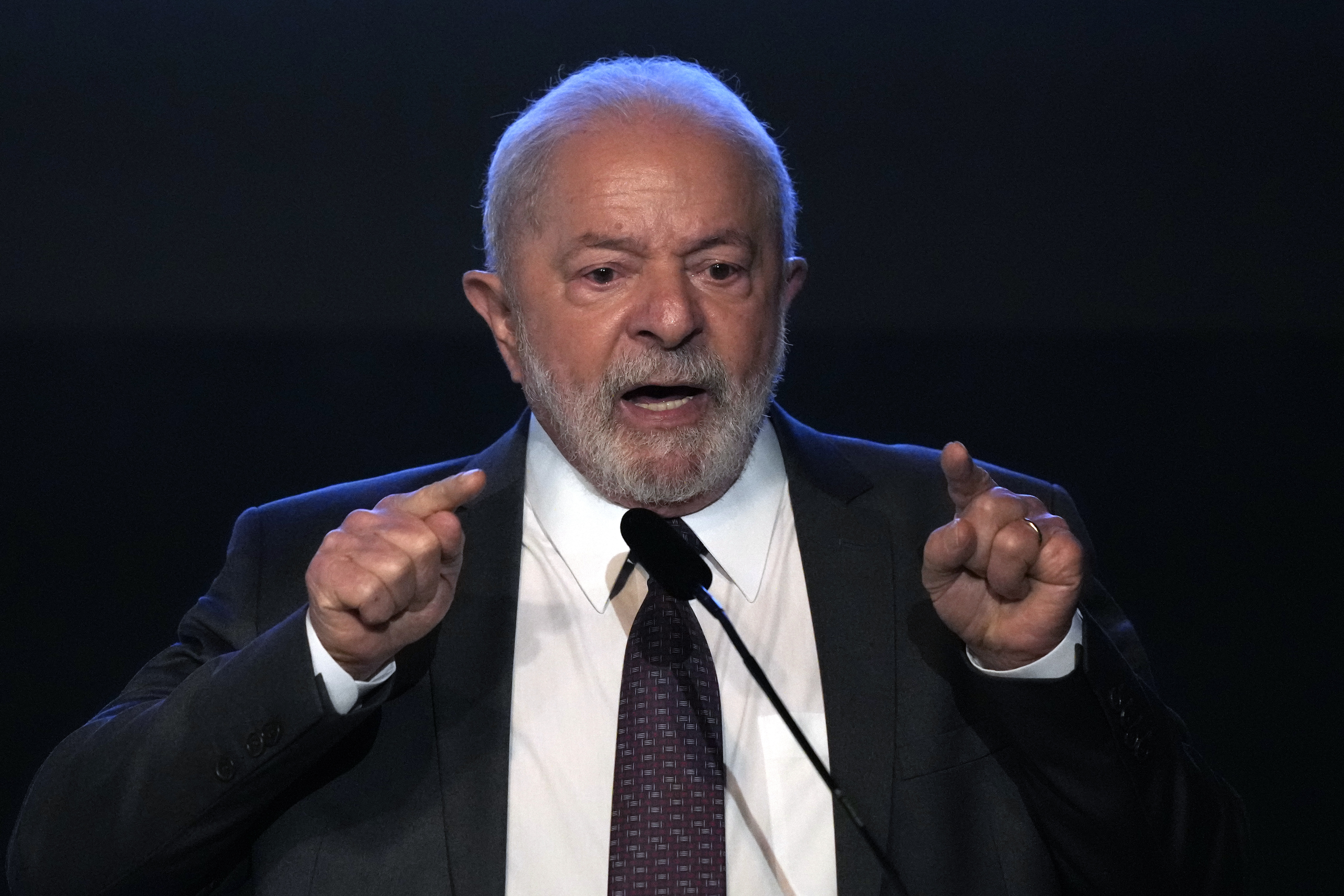 FILE - Brazil's President Luiz Inacio Lula da Silva speaks during the swearing-in ceremony of Tarciana Medeiros, the first woman to preside the Banco do Brasil, one of the country's main public banks, in Brasilia, Brazil, on Jan. 16, 2023. Lula fired Brazil's army chief Saturday, Jan. 21, 2023, amid concerns over threats to the country's democracy following the Jan. 8 uprising in the capital by far-right protesters. (AP Photo/Eraldo Peres, File)