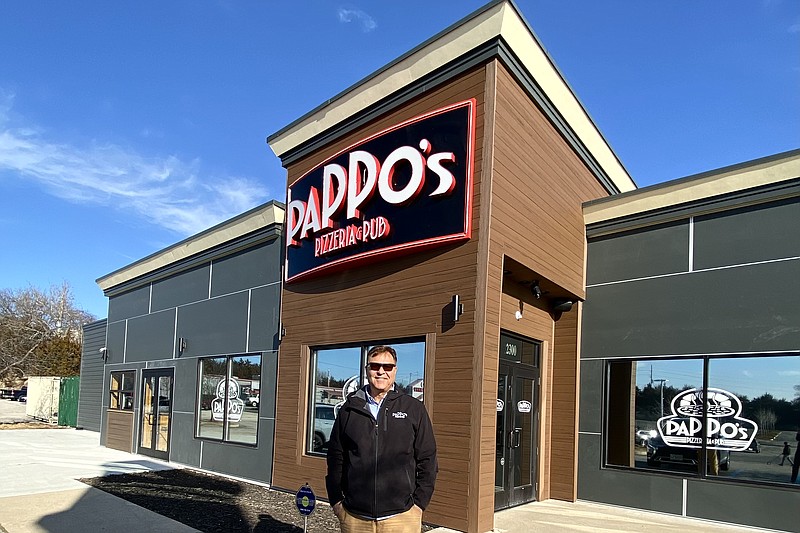 For Chris "Pappo" Galloway, owner of the newly opened PaPPo's Pizzeria and Pub in Jefferson City, the new location is like coming home.

Galloway said he opened some of the first Domino's Pizza locations in the area in the 1980s. Though he's since moved to the Lake of the Ozarks area, he said he still considers the Capital City home -- and the perfect spot for his small chain's ninth location.

"I'm a local, really, and I'm excited to come home," Galloway said. "We want to be the go-to place that makes healthy food with fresh ingredients, fewer additives. And then, but is fun and interesting and where you can feel comfortable. That really was my goal 10 years ago it continues to be the driver. We don't ever see ourselves changing from that."

The former Ruby Tuesdays has undergone a huge renovation in preparation for the new restaurant, which officially opened its doors Thursday after several delays. The team installed 25 TVs, a sound system, signage, lighting, electricity, plumbing and flooring -- on top of a fresh coat of paint, building a patio, redoing the bathrooms and kitchen, rebuilding the bar and putting in furniture and appliances. The store is manned by 65 employees, around 20 of whom came fully trained from other PaPPo's locations.

"We're very blessed: they're all sharp, and they're excited and proud to be working here," Galloway said.

The restaurant will be serving dine-in only for the first few weeks while the team gets used to the new setup, giving customers time to settle into the unique atmosphere and food options inside. The menu includes salads, sandwiches, calzones and bowls, specialty entrees and a wide variety of specialty and customizable pizza options. There are four kinds of crusts and 15 kinds of cheese, each shredded daily.

The interior stays abuzz with a hand-crafted music playlist to set the mood -- Galloway's curated selection of well-known tunes to which everyone can bob their heads.

Galloway opened the first PaPPo's location in Springfield a decade ago, and the franchise has since spread across the state, including in Osage Beach and Columbia, and even into Illinois and Alabama. Each one has its own identity, he said, and the Capital City's latest pizza spot is finally ready to develop its own.

"We want to be just like 'Cheers,'" Galloway said as he waved to happy customers buzzing about their lunches Friday afternoon. "We want to be where everybody knows your name."