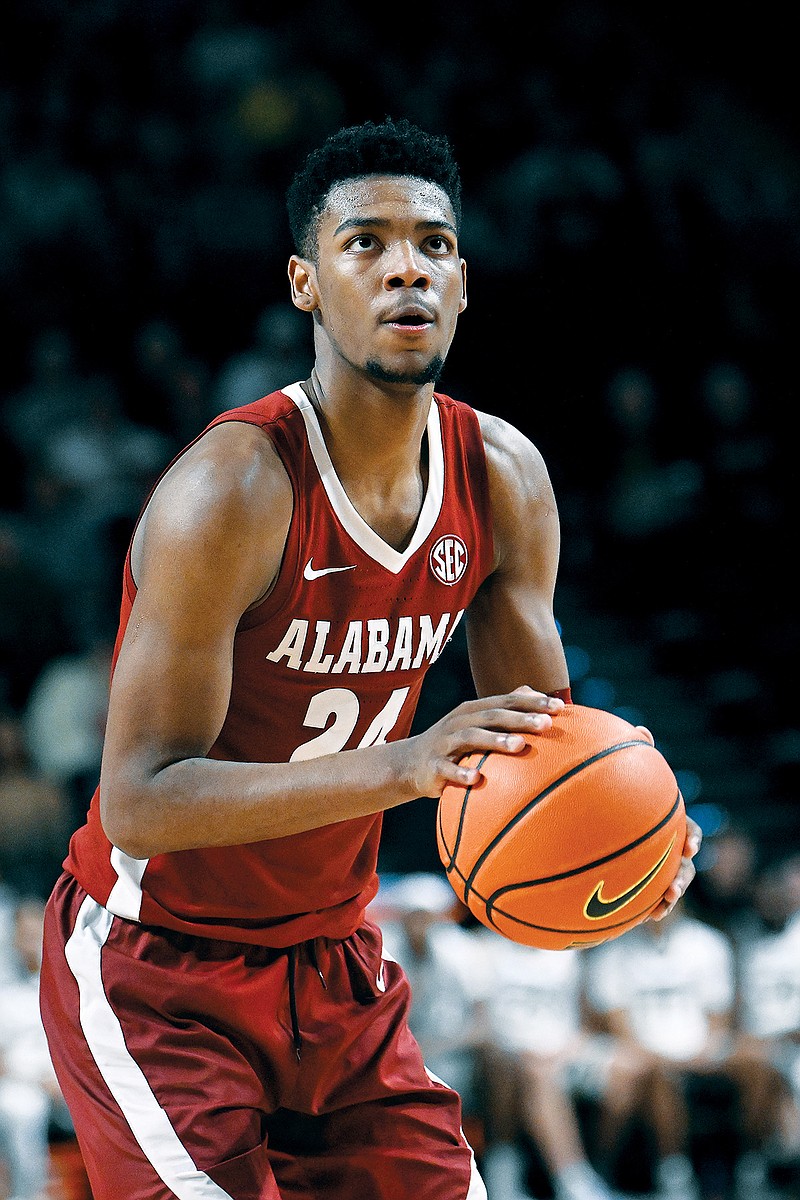 COLUMBIA -- After gaining their third win this season against an AP top 25 team Wednesday, the Missouri Tigers are looking for another.

Kobe Brown led the Tigers with 17 points and six rebounds. Brown, who was one of 50 players named to the Oscar Robertson Trophy midseason watch list Thursday, averages a team-high 15.7 points and 5.6 rebounds per game while adding on 2.4 assists and 1.3 steals. Brown has led the Tigers’ offensive attack in six of the past seven games.

DeAndre Gholston scored 16 points Wednesday for Missouri, surpassing 1,000 career points and becoming the fifth Tiger to pass the career milestone this year and sixth overall. Gholston is third on the team with an average of 10.8 points per game behind D’Moi Hodge’s 14.5 and just ahead of Noah Carter’s 10.7.

Freshman forward Brandon Miller (6-foot-9) leads Alabama with an average of 20.1 points per game and 8.3 rebounds per contest. Miller connects on 46.7 percent of his overall shots and 46.2 percent of his attempts from 3, which account for more than half of his total attempts.

Junior guard Mark Sears (6-1) is the lone other member of the Crimson Tide to average double figures with 14.5 points per game. Freshman forward Noah Clowney (6-10) averages a near double-double with 9.5 points and 8.2 rebounds per contest.

Missouri split the two-game series with the Crimson Tide last season, beating Alabama 92-86 in Columbia and losing 86-76 in Tuscaloosa, Ala. The Tigers have won their last three games against the Crimson Tide at Mizzou Arena.