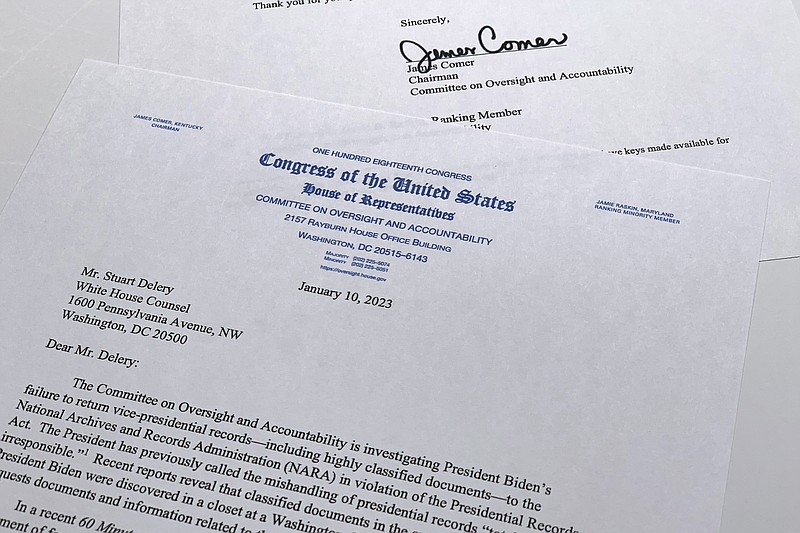 The letter from House Oversight Committee chairman Rep. James Comer, R-Ky., to White House Counsel Stuart Delery is photographed Tuesday, Jan. 10, 2023. The letter requested copies of the documents found at the Biden office, communications about the discovery, and a list of those who may have had access to the office where they were found. (AP Photo/Jon Elswick)

WASHINGTON (AP) -- President Joe Biden said Tuesday he was surprised when informed that government records were found by his attorneys at his former office space in Washington. He was asked about the issue after the top Republican on the House Intelligence Committee requested the U.S. intelligence conduct a "damage assessment" of potentially classified documents.

Speaking to reporters in Mexico City, Biden said his attorneys "did what they should have done" when they immediately called the National Archives about the discovery at the offices of the Penn Biden Center. He kept an office there after he left the vice presidency in 2017 until shortly before he launched his presidential campaign in 2019.

The White House confirmed the Department of Justice was reviewing "a small number of documents with classified markings" found at the office.

"I was briefed about this discovery and surprised to learn that there are any government records that were taken there to that office," Biden said in his first comments since news of the Nov. 2, 2022, document discovery emerged Monday. He added "I don't know what's in the documents" and his lawyers had suggested he not ask.

Irrespective of a federal review, the revelation Biden potentially mishandled classified or presidential records could prove to be a political headache for the president, who called former President Donald Trump's decision to keep hundreds of such records at his private club in Florida "irresponsible. "

"Those entrusted with access to classified information have a duty and an obligation to protect it," said Turner in a letter to Haines. "This issue demands a full and thorough review."

On Tuesday, Rep. James Comer, the new GOP chairman of the House Oversight Committee, sent the White House Counsel's office a letter requesting copies of the documents found at the Biden office, communications about the discovery, and a list of those who may have had access to the office where they were found. The White House didn't immediately respond to the request.

Haines agreed in September to conduct a "risk assessment" rather than a "damage assessment" of the Trump case.

There are significant differences between the Trump and Biden situations, including the gravity of an ongoing grand jury investigation into the Mar-a-Lago matter. The intelligence risk assessment into the Trump documents is to examine the seized records for classification as well as "the potential risk to national security that would result from the disclosure of the relevant documents."

Sen. Mark Warner, the Democratic chairman of the Senate Intelligence Committee, called for a briefing on the documents.

"Our system of classification exists in order to protect our most important national security secrets, and we expect to be briefed on what happened both at Mar-a-Lago and at the Biden office as part of our constitutional oversight obligations," he said. "From what we know so far, the latter is about finding documents with markings, and turning them over, which is certainly different from a months-long effort to retain material actively being sought by the government. But again, that's why we need to be briefed."

Special counsel to the president Richard Sauber said Monday that after Biden's attorneys found the records, they notified the National Archives and Records Administration -- which took custody of the documents the next day.

"Since that discovery, the President's personal attorneys have cooperated with the Archives and the Department of Justice in a process to ensure that any Obama-Biden Administration records are appropriately in the possession of the Archives," Sauber said.

A person who is familiar with the matter but not authorized to discuss it publicly said Attorney General Merrick Garland asked U.S. Attorney for the Northern District of Illinois John Lausch to review the matter after the Archives referred the issue to the department. Lausch is one of the few U.S. attorneys to be held over from Trump's administration.

Trump weighed in Monday on his social media site, asking, "When is the FBI going to raid the many homes of Joe Biden, perhaps even the White House?"

Republicans have just taken control of the House of Representatives and are promising to launch widespread investigations of Biden's administration.

The revelation also may complicate the Justice Department's consideration of whether to bring charges against Trump, who is trying to win back the White House in 2024 and has repeatedly claimed the department's inquiry into of his own conduct amounted to "corruption."

The National Archives did not immediately respond to a request for comment Monday. Spokespeople for Garland and Lausch declined to comment.

Comer also sent a letter to the National Archives requesting records and correspondence relating to discovery of the Biden documents, asserting that "NARA's inconsistent treatment of recovering classified records held by former President Trump and President Biden raises questions about political bias at the agency."

"I have confidence that the attorney general took the appropriate steps to ensure the careful review of the circumstances surrounding the possession and discovery of these documents and make an impartial decision about any further action that may be needed," he added.

Jordan is among House Republicans pushing for the creation of a "select subcommittee on the Weaponization of the Federal government" within the Judiciary Committee.

The Justice Department for months has been investigating the retention of roughly 300 documents that were marked as classified and were recovered from the Trump's Florida estate. In that instance, prosecutors say, representatives of Trump resisted requests to give back the full stash of classified documents and failed to fully comply with a subpoena that sought their return.

FBI agents in August served a search warrant at the Mar-a-Lago property, removing 33 boxes and containers.

That investigation is being led by special counsel Jack Smith. Prosecutors have interviewed an array of Trump associates and have been using a grand jury to hear evidence.

Democrats made a similar request of the director of national intelligence in August following the search of Mar-a-Lago. Reps. Carolyn Maloney and Adam Schiff, who then led the House Oversight and Intelligence committees, asked Haines for an "immediate review and damage assessment," alleging Trump "has potentially put our national security at grave risk."

Intelligence officials are not believed to have briefed Congress on their assessment in the four months since, according to public statements from lawmakers. Haines noted in her letter that any risk assessment would not "unduly interfere" with the Justice Department's criminal investigation into the documents seized at Mar-a-Lago. 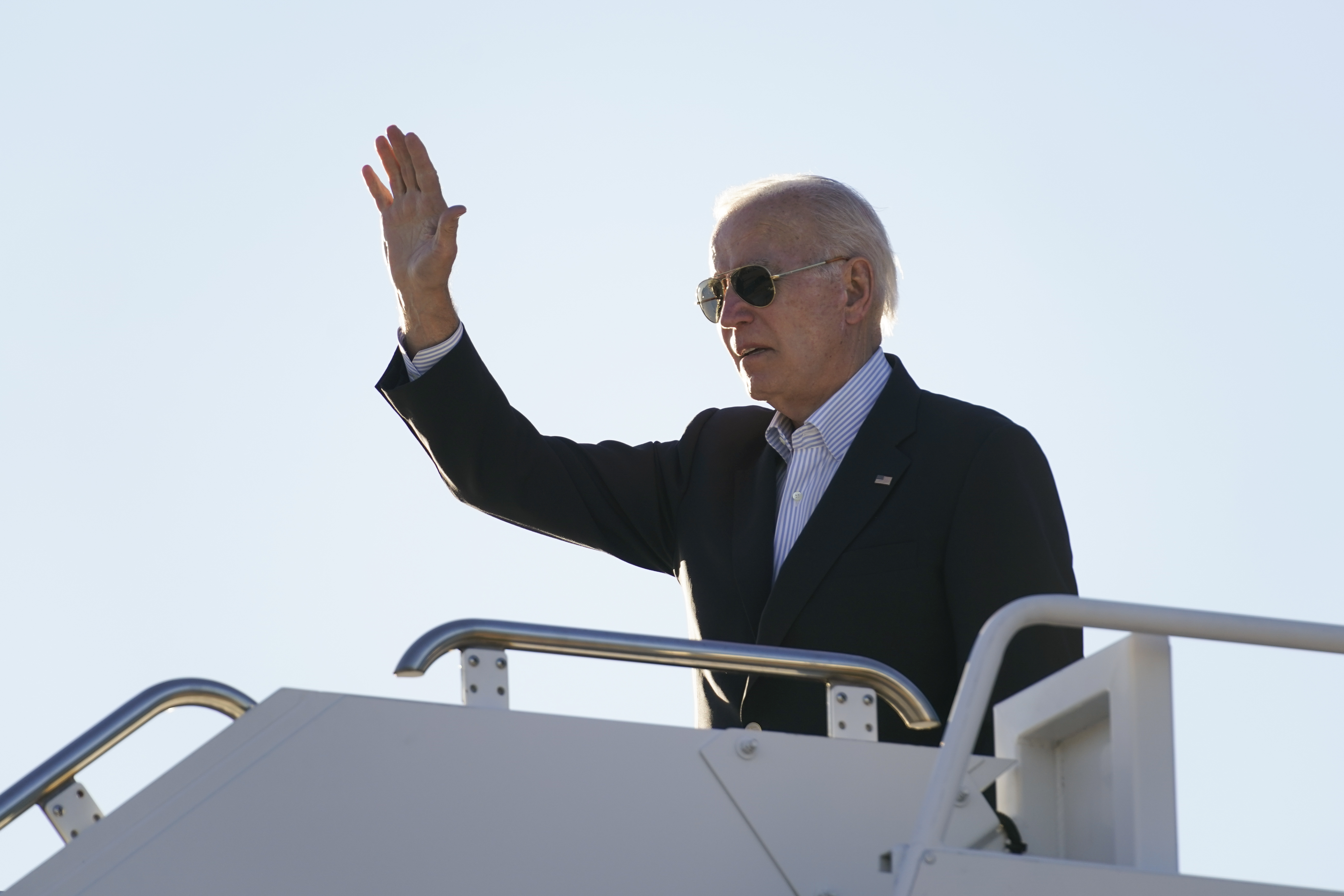 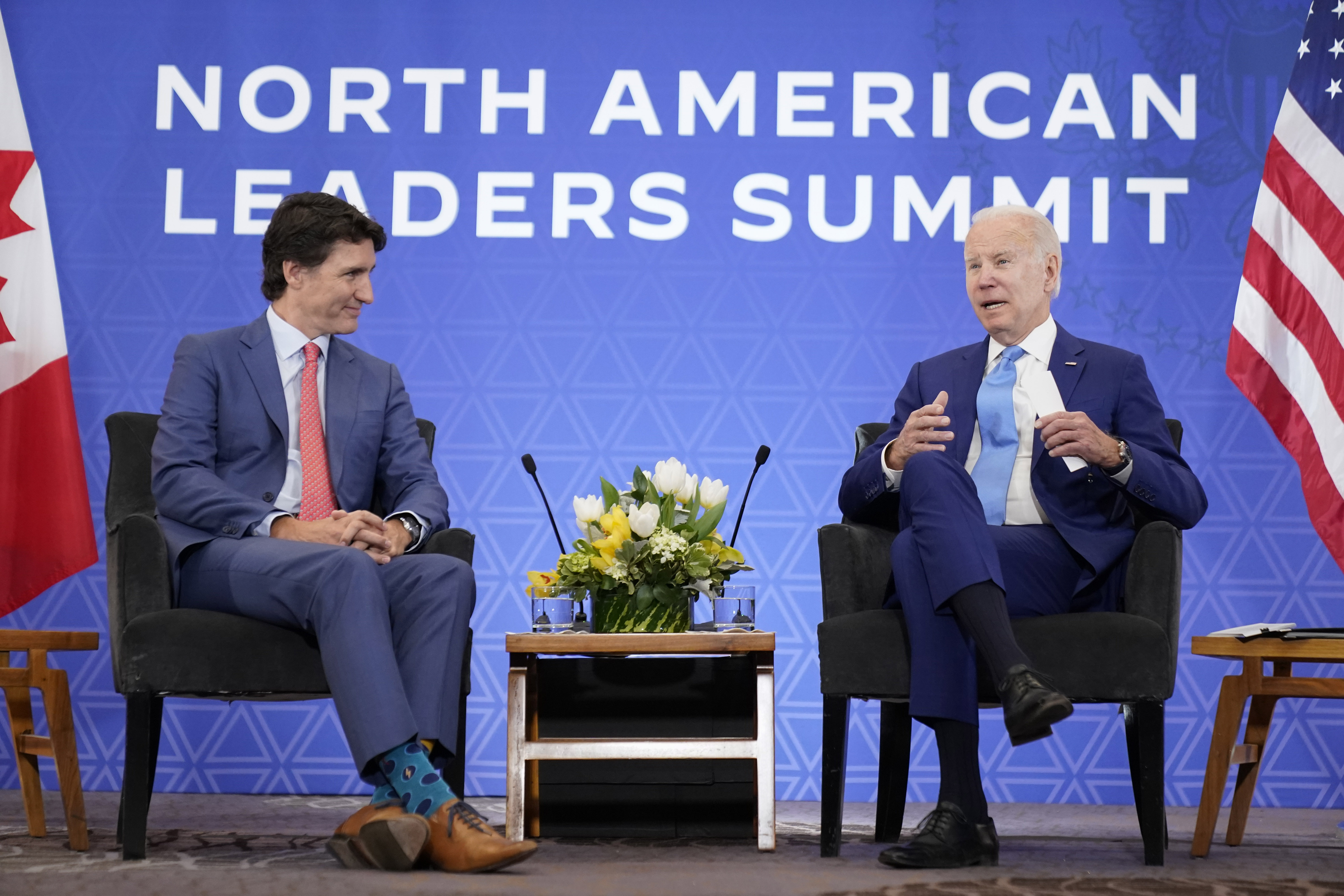