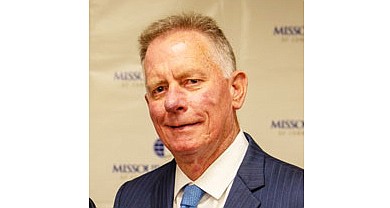 As lawmakers return to Jefferson City for the 2023 legislative session, the Missouri Chamber of Commerce and Industry is focusing its efforts on child care, workforce growth and the state's legal climate.

The results of the Missouri Chamber CEO poll, which surveyed more than 600 business leaders and CEOs throughout the state, informed the group's priorities for the session. The survey showed concerns over workforce shortages, crime and worsening inflation, and the impact they will have on the state's economic climate.

"Headwinds such as growing public safety concerns, lack of available talent and rising inflation are slowing economic growth in our state," Missouri Chamber President and CEO Daniel Mehan said. "During the 2023 legislative session, we will make addressing these concerns a priority."

Most businesses surveyed -- 83 percent -- indicated they would be making investments in 2023, while the remainder was either undecided or did not expect any. Despite those expectations of growth, many responses highlighted the struggle to find and retain employees. Nearly half of those surveyed said they planned to expand their workforce -- 8 percent by a substantial amount and 41 percent by a moderate amount -- while 38 percent expected their staff to retain its size. Around 12 percent expected a decrease in staffing.

In all, 38 percent of employers reported the workforce was their top concern, an issue Mehan said would lead the chamber's efforts this year.

"When meeting with businesses, I hear over and over, we have the jobs but we just can't find the people to fill them," Mehan said. "Ramping up programs that can quickly and efficiently train workers for high-demand fields is a must."

One solution the chamber is planning to push is the creation of a short-term credentialing program. The initiative would reimburse businesses and employers who help workers earn short-term certificates in technology and health care, two pillars of the state's economy. A similar program in Ohio offers up to $2,000 in awards for those pursuing certification.

Another barrier to a growing robust has been discussed as an issue in Jefferson City as well -- access to child care. Of the hundreds surveyed, 78 percent said the expense and difficulty in finding adequate childcare kept many Missourians out of the workforce.

"Businesses across Missouri are struggling to find workers, and it's clear that the state's growing childcare crisis is at the center of the problem," Mehan said. "This is an urgent issue, and we are grateful that state lawmakers are focused on working with the business community to find a solution. It's time for Missouri to become a national leader in addressing this crisis."

The lack of available child care is costing the state around $1.35 billion in annual output, per a study compiled in conjunction with the group's national counterpart.

Public safety was another concern of employers statewide, with 60 percent naming it a growing issue and 24 percent naming it their top concern. Respondents overwhelmingly supported a boost in funding for law enforcement, especially in high-crime areas. Around 91 percent of those surveyed supported increased job training for those in prison, while 90 percent supported a larger budgetary response to mental health and substance abuse. Increasing transparency and consistency for prosecutors received support from 87 percent of those surveyed.

Safer Missouri, Stronger Missouri, the state Chamber's public safety report, will be used as a guide in the group's efforts to implement those tactics. Priorities include an evidence and hot spot-based approach to crime reduction, support for public policing and tools to address substance misuse, mental health issues and recidivism.

Other potential tactics included improved training and employment opportunities for incarcerated individuals and a boost to staffing for public safety jobs.

Another priority named by the chamber is a bevy of reforms to the state's legal system. The group cited a 2021 John Dunham and Associates study that found the breadth of the state's tort statutes cost an extra $1.7 billion statewide, or around $279 per person, every year. Reforms streamlining the system could support more than 20,800 additional jobs and $3.38 billion in new economic activity.

The group also hopes to see the state reduce its statute of limitations for civil injury suits from five to two years, dampening the amount of litigation against businesses. Missouri has one of the longest statutes of limitations, according to the chamber.