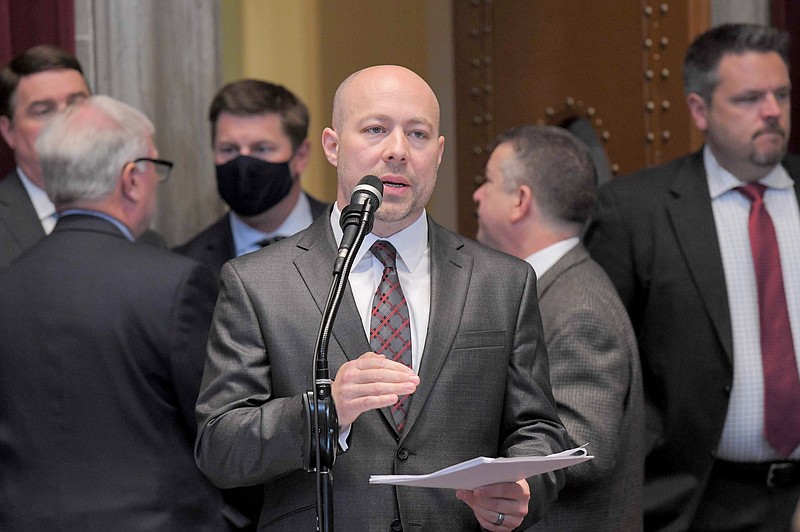 The bill could come up for debate in the full House as early as today.

Under Smith's plan, corporate income taxes would drop from the current 4 percent rate to 2 percent beginning next year. The Republican's amendment would allow for continued, gradual cuts to the tax until it's completely eliminated.

"This should be an economic driver in the state," he said.

Democrats on the committee questioned whether cutting corporate taxes would bring more business to the state and instead advocated to spend the money on higher pay for state workers, tax cuts specifically for low-income workers and other government services.

Missouri lawmakers are considering tax policy during a special session focused on spending some of the state's record revenues, as many other states have done.

More than two dozen other states have passed or are considering tax cuts or rebates in response to an outpouring of federal pandemic aid and their own surging tax revenue.

Parson asked Missouri lawmakers to take the top individual income tax rate from the current 5.3 percent down to 4.8 percent, as well as increase the standard deduction by $2,000 for single filers and $4,000 for couples.

He limited tax cuts to a maximum $700 million price tag per year.

But the GOP-led Senate last week passed a compromise bill to cut the top income tax rate from 5.3 percent to 4.95 percent next year, along with additional, incremental cuts until the rate hits 4.5 percent.

Senate leaders have said they hoped the Republican-led House would take up and pass the Senate version of the bill, ending the special session so senators would not need to return to the Capitol.

If the full House approves the bill along with the corporate income tax cut amendment, the two chambers will need to hash out the differences. It's unclear if senators, who negotiated behind the scenes for weeks to reach an agreement, will accept the House changes.

Both the House and Senate versions are different from what Parson called for.

A spokeswoman for the Governor's Office did not immediately return an Associated Press request for comment Wednesday on the corporate income tax cut proposal.