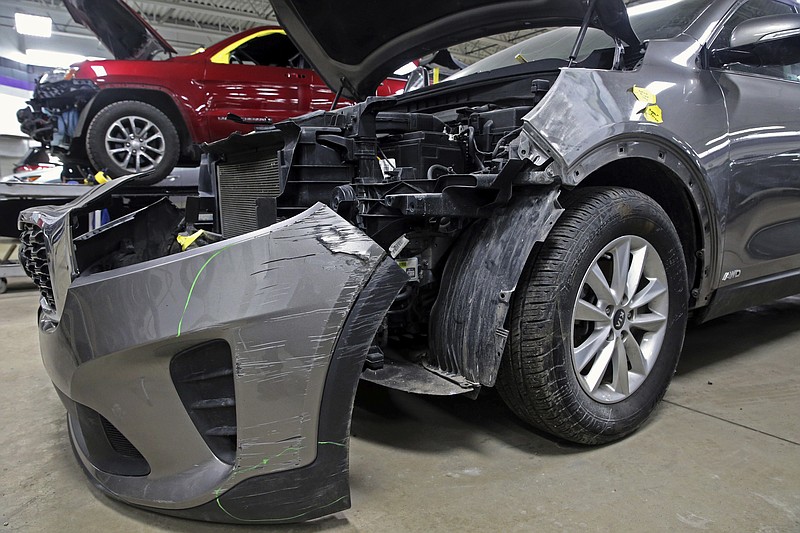 A Kia which was damaged after being stolen is seen at an auto repair shop in Milwaukee on Wednesday, Jan. 27, 2021. Some Hyundai and Kia cars and SUVs are missing a key anti-theft device, and the crooks have figured it out. An insurance industry group says they're being stolen at a rate nearly double the rest of the auto industry because they don't have computer chips in the keys. (Angela Peterson//Milwaukee Journal-Sentinel via AP)

DETROIT (AP) -- Some Hyundai and Kia cars and SUVs are missing a "key" anti-theft device, and thieves know.

An insurance industry group said these cars are stolen at nearly twice the rate of the rest of the auto industry because their keys lack computer chips for theft "immobilizer" systems.

The thefts apparently started in the Milwaukee area two years ago and spread to multiple Midwest cities and as far away as Colorado and New Mexico after instructional videos appeared on social media.

The Highway Loss Data Institute, a unit of the Insurance Institute for Highway Safety, found Hyundais and Kias without immobilizers had a vehicle theft claim rate of 2.18 per 1,000 insured vehicle years. The rest of the industry combined had a rate of 1.21. An insured vehicle year is equal to one vehicle insured for one year.

The institute, which issued its findings Thursday, compared vehicles from the 2015 through 2019 model years. It studied vehicle theft claims from 2021.

Chip keys, which started to show up in the 1990s, communicate with another chip in the ignition switch. If they match, the engines will start. If they don't match, a thief can't start the engine.

Keys don't have an immobilizer system in several lower-priced versions of vehicles from the two South Korean automakers such as the Kia Rio and Sportage and the Hyundai Accent, the institute said.

"Our earlier studies show that vehicle theft losses plunged after immobilizers were introduced," said Matt Moore, senior vice president of the institute. "Unfortunately, Hyundai and Kia have lagged behind other automakers in making them standard equipment."

Videos show thieves prying the ignition cover off the Hyundai and Kia vehicles, then using a screwdriver or USB cable to start them and drive away.

One 17-year-old theft suspect in a viral video about Kia thefts was arrested after police used the video and an anonymous tip to track him down, the Journal Sentinel reported. He could face up to 22 years in prison.

Hyundai and Kia both conceded in statements that thieves are stealing some of their vehicles and said they meet federal safety standards. "It is unfortunate that criminals are using social media to target vehicles without engine immobilizers in a coordinated effort," Kia said.

All 2022 Kias got immobilizers either at the start of or during the model year. Hyundai said all models produced after Nov. 1, 2021 have immobilizers as standard equipment.

Kia said it's working to provide steering wheel locks at no cost to authorities in affected areas to deter thefts. Hyundai said it's also providing the locks to police, and that in October, it will start selling a security kit that targets the thieves' methods.

The institute's Moore said the vulnerable Hyundais and Kias rank among the 20 most popular vehicles with thieves, a distinction normally reserved for high-powered or expensive vehicles, or pickup trucks. The Dodge Charger SRT Hellcat had the highest rate of theft claims.

Many of the vulnerable Hyundais and Kias are often bought by lower-income people. "These are relatively inexpensive vehicles when purchased new," Moore said. Owners of some of the models may have dropped comprehensive insurance to save money, and may have had to replace the cars on their own, he said.

To help prevent theft, owners should roll up windows, lock doors and take the key or fob with them, the National Insurance Crime Bureau says. They should park in well-lighted areas or a garage. If they have to park outdoors, owners should consider installing motion-sensor lights. 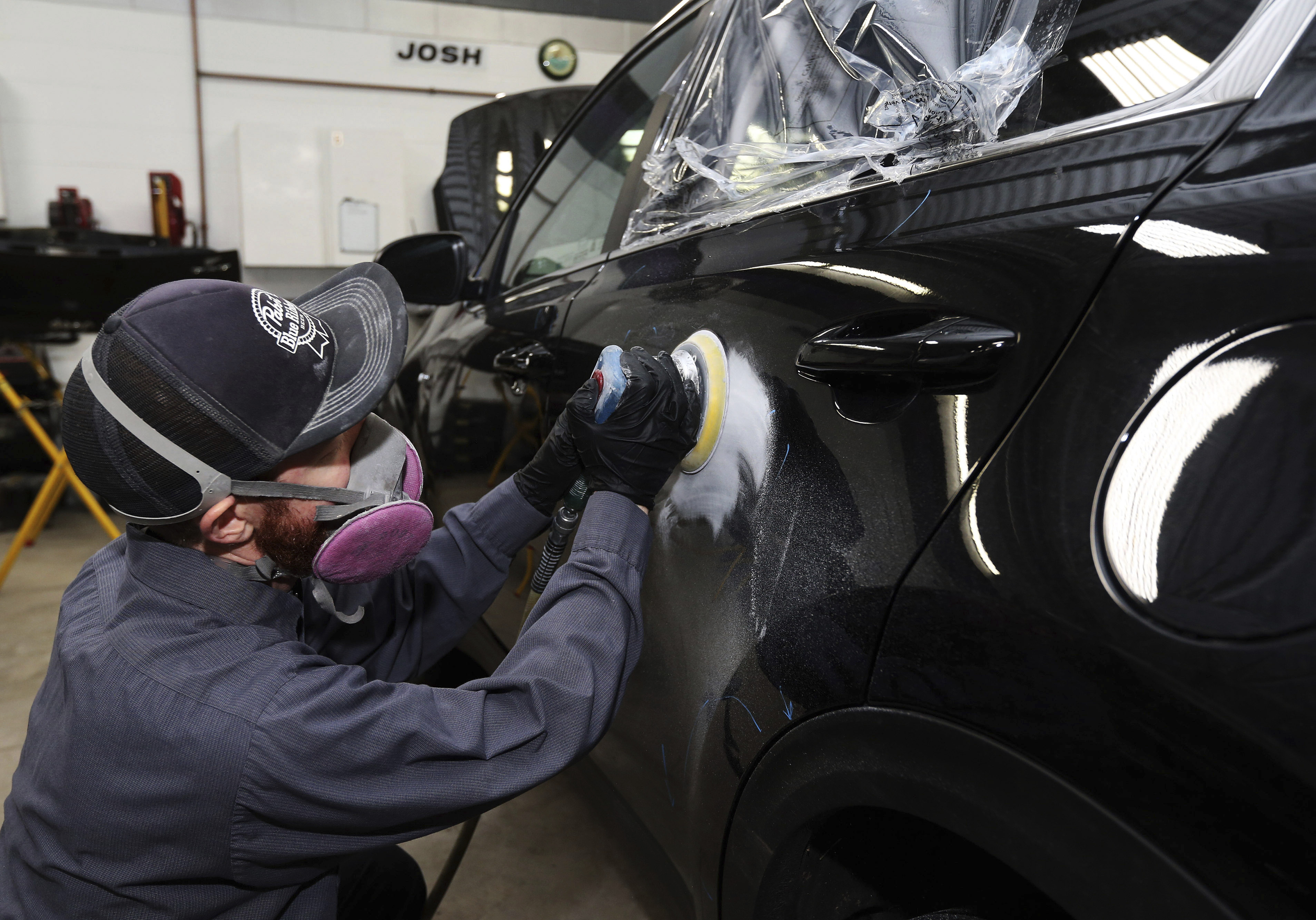 Collision repair technician Josh Annis works on a Kia at Prestige Auto Repair on Jan. 27, 2021, in Milwaukee. The vehicle was damaged after being stolen. Some Hyundai and Kia cars and SUVs are missing a key anti-theft device, and the crooks have figured it out. An insurance industry group says they're being stolen at a rate nearly double the rest of the auto industry because they don't have computer chips in the keys. (Angela Peterson/Milwaukee Journal-Sentinel via AP)