One day after Zelenskyy speech, US, Russia square off at UN 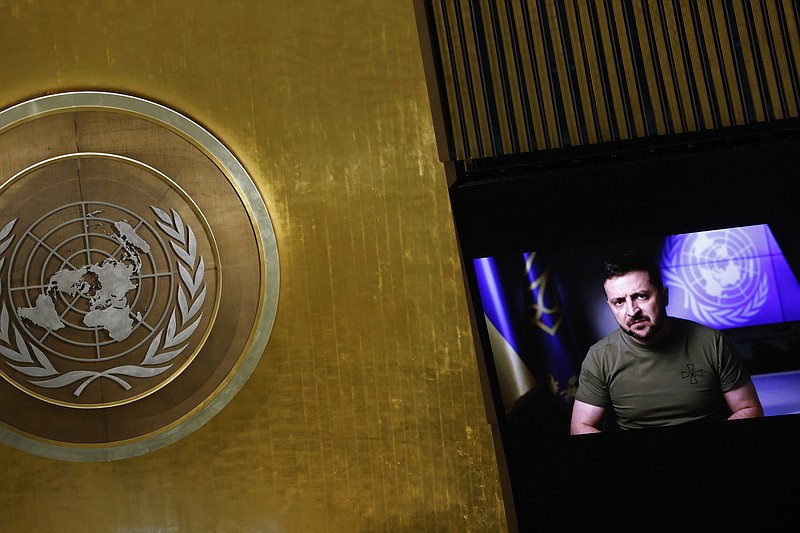 UNITED NATIONS (AP) -- One day after Ukraine's president laid out a forceful case against Russia's invasion at the United Nations, the United States made its own assertions in front of the U.N. Security Council on Thursday about why Russia should face further censure and isolation. Minutes later, Russia came right back, calling the claims unfair and saying Ukraine is to blame.

Antony Blinken, the United States' top diplomat, spoke to Security Council members on Thursday, detailing allegations of what he called war crimes and other atrocities committed by Russia and urging them to "send a clear message" to the country to stop its nuclear threats.

Russia's foreign minister, Sergey Lavrov, addressed the Security Council shortly afterward, repeating his country's frequent claims that Kyiv has long oppressed Russian speakers in Ukraine's east -- one of the explanations Moscow has offered for the invasion.

Ukraine's Western allies "have been covering up the crimes of the Kyiv regime," said Lavrov, who was not in the room when Blinken and some other U.S. allies spoke. He appeared just before his own speech and departed immediately afterward.

The almost-exchange between the two top diplomats came on the heels of Ukrainian President Volodymyr Zelenskyy's demands for world leaders to punish Russia in a video speech delivered Wednesday, just hours after Moscow made an extraordinary announcement that it would mobilize some reservists for the war effort.

Buoyed by a counteroffensive that has retaken swaths of territory that the Russians seized, Zelenskyy vowed that his forces would not stop until they had reclaimed all of Ukraine.

"We can return the Ukrainian flag to our entire territory. We can do it with the force of arms," the president said in a speech delivered in English. "But we need time."

Video speeches by Zelenskyy in an olive green T-shirt have become almost commonplace. But this speech was one of the most keenly anticipated at the U.N. General Assembly, where the war has dominated over conflicts in other regions.

On Thursday, Israel's prime minister, Yair Lapid, delivered a speech focused on the Palestinians and included a call for the establishment of a Palestinian state.

"An agreement with the Palestinians, based on two states for two peoples, is the right thing for Israel's security, for Israel's economy and for the future of our children," Lapid said.

The speech, coming ahead of Nov. 1 elections, appeared to be part of an effort by Lapid to portray himself -- both to voters and global leaders -- as a statesman and moderate alternative to his main rival, hardline former Prime Minister Benjamin Netanyahu.

But it was short on details, and there is virtually no chance Lapid, who has long supported a two-state solution, will get to push forward with his vision. Israel's parliament is dominated by parties that oppose Palestinian independence, and opinion polls forecast a similar result after the upcoming elections.

The Palestinians seek the West Bank, east Jerusalem and the Gaza Strip -- territories captured by Israel in 1967 -- for an independent state, a position that enjoys wide international support.

While Lapid and dozens of other world leaders sought airtime for issues plaguing their own nations -- including climate change, rising food costs, human rights and vaccine inequity -- Ukraine remained at the center of the U.N. General Assembly, popping up in speeches by leaders from all over the world decrying Russia's invasion of a sovereign country.

"It's an attack on this very institution where we find ourselves today," said Moldovan President President Maia Sandu, whose country borders Ukraine.

"This war is about extinguishing Ukraine's right to exist as a state, plain and simple, and Ukraine's right to exist as a people. Whoever you are, wherever you live, whatever you believe, that should make your blood run cold," he said. "If nations can pursue their imperial ambitions without consequences, then we put at risk everything this very institution stands for. Everything."

Zelenskky asserted Moscow wants to spend the winter preparing its forces in Ukraine for a new offensive, or at least preparing fortifications while mobilizing more troops in the largest military conflict in Europe since World War II

"Russia wants war. It's true. But Russia will not be able to stop the course of history," he said, declaring that "mankind and the international law are stronger" than what he called a "terrorist state." 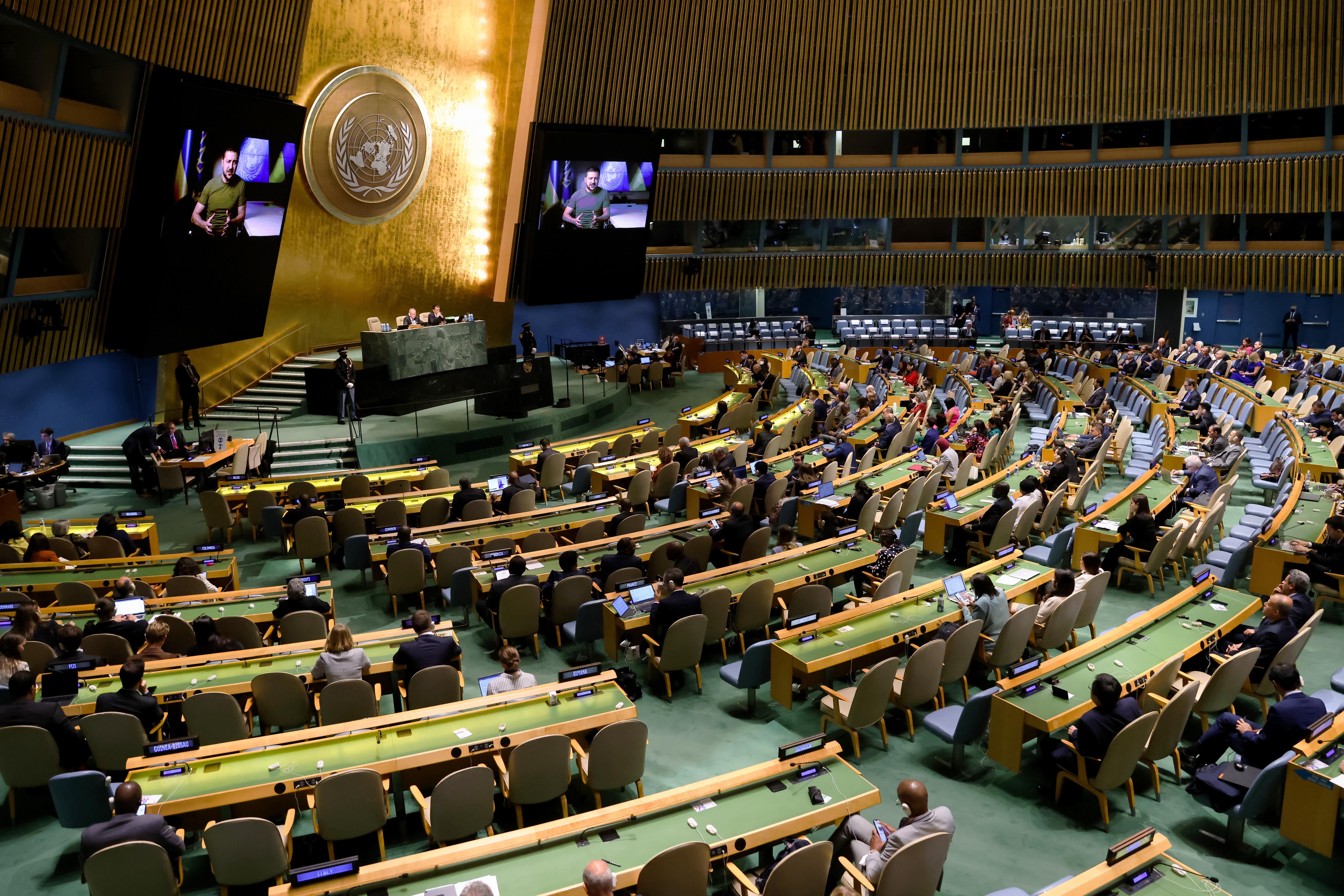 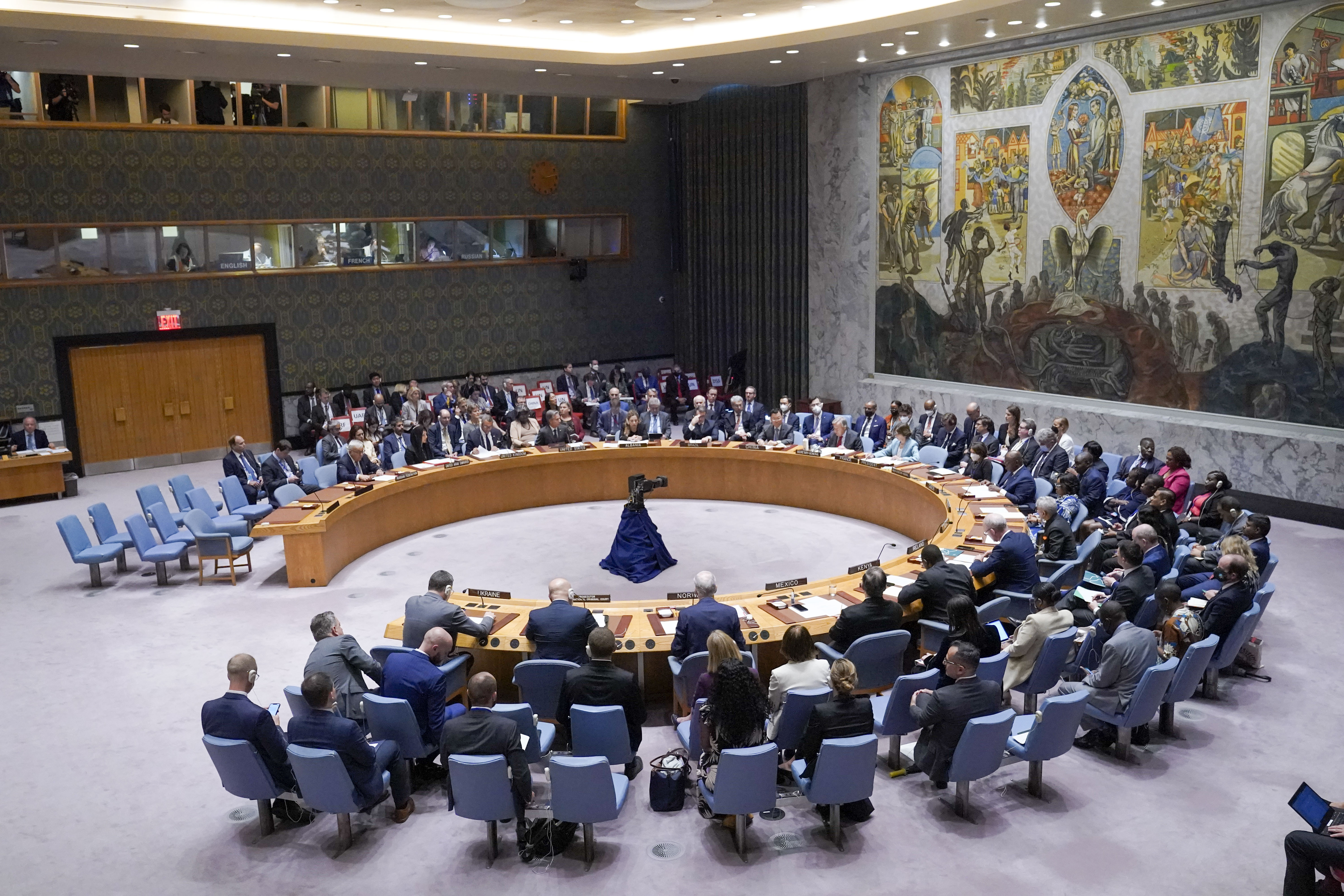 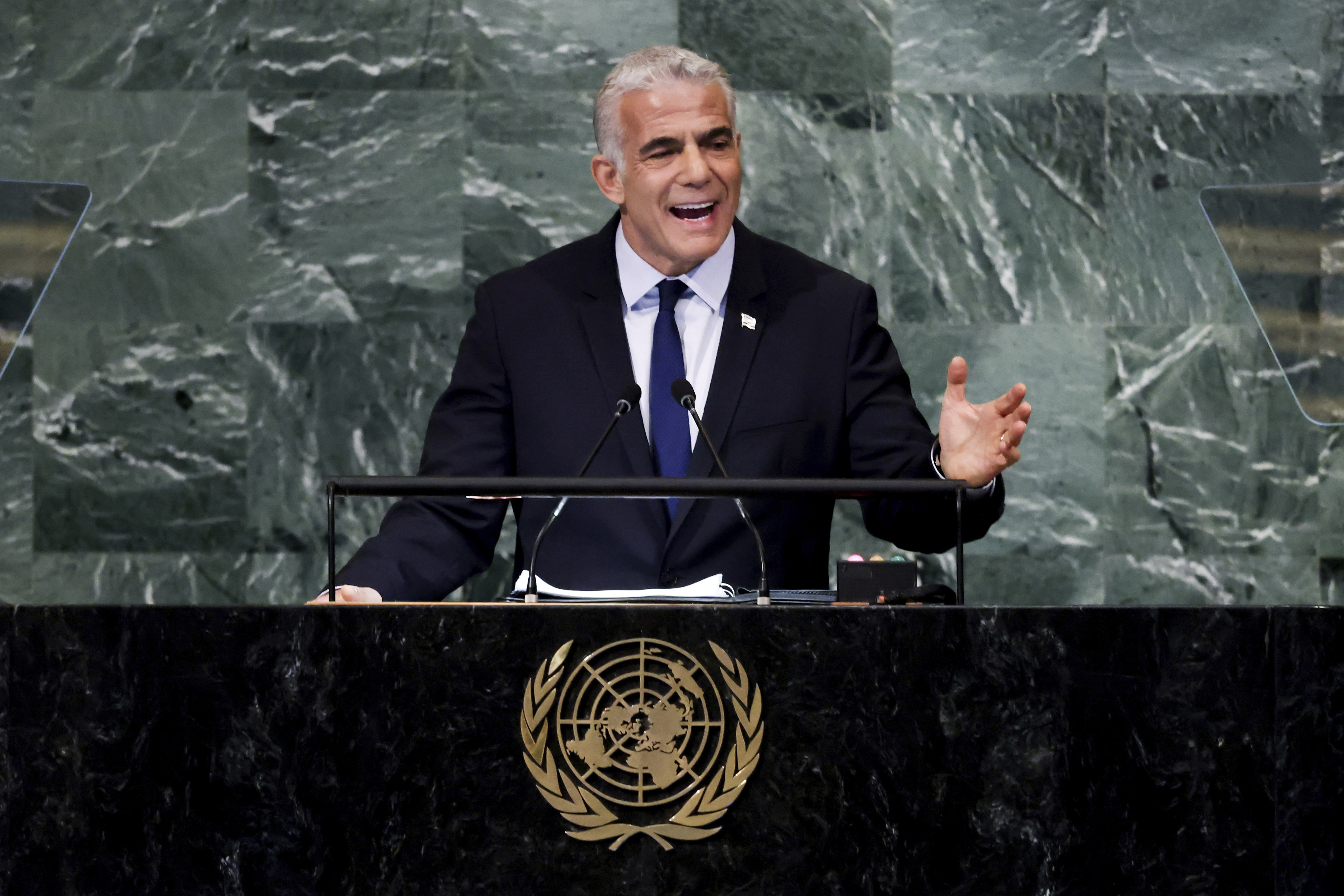 Print Headline: One day after Zelenskyy speech, US, Russia square off at UN