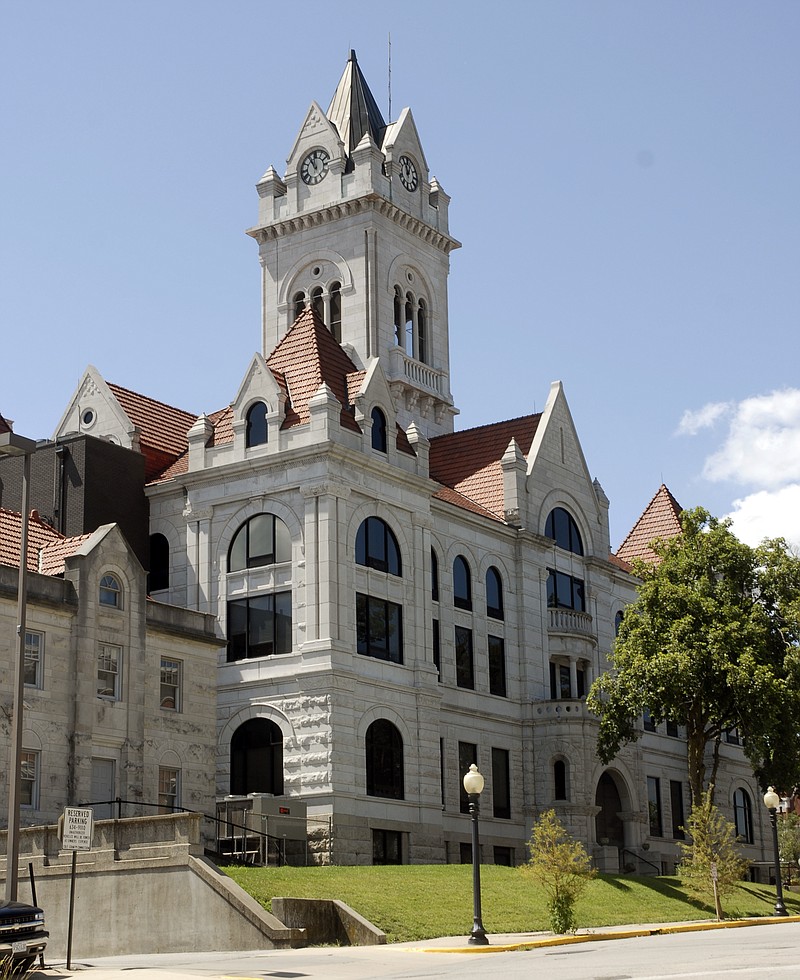 The on-and-off feud between the County Commission and county assessor is back on again.

County commissioners have taken exception with some information County Assessor Chris Estes has submitted to the State Tax Commission in which he complained about the computer equipment the commissioners bought for his office.

Estes is required to submit a county assessor's maintenance plan for 2022-23 to the state tax commission. In October 2021, the tax commission notified Estes and all other assessors of this requirement. Along with the plan, assessors are required to provide a detailed narrative letter on the timeframes to implement and complete appraisal data, parcel-by-parcel field reviews, final calculations and personnel requirements.

The date of the plan submitted by Estes shows Dec. 15, 2021. However, during a County Commission meeting Sept. 6, Presiding Commissioner Sam Bushman said he had been sent the plan from Estes, along with the narrative letter. County Attorney Jill LaHue told commissioners it was her understanding that the tax commission told Estes he needed to re-do his narrative letter, but that there were no problems with the plan itself.

Officials at the tax commission told the News Tribune even though the plan was dated before the submission deadline, the tax commission has to go through plans for all 114 counties in the state so it takes time to review them. Therefore, it could be some time before they could find issues they feel need to be addressed.

Tax commission officials went on to say that in the narrative letter, the assessor should provide clarification on how the county plans to monitor the market and what the game plan is to progress toward market value in a reassessment year.

They also asked Estes to be aware recent sales ratios indicate the residential ratios have decreased and it may be necessary to increase residential values for the 2023 assessment roll.

At that Sept. 6 meeting, the County Commission acknowledged the receipt of the assessor's maintenance plan for 2022-23 but took exception to much of his narrative letter which focused on problems he says his office continues to have with the Devnet system along with still needing to find more personnel, but being unable to fill openings due to low starting salaries.

Western District Commissioner Harry Otto said the only thing he saw in Estes' letter that actually dealt with reassessment was the last paragraph which he said was "most interesting." In that paragraph, Estes tells the tax commission, "We have already conducted reviews that will see approximately 10,000 (parcels) increases for 2023."

Otto said that was interesting because only around 1,300 parcel owners were notified of an increase last year out of more than 35,000 owners countywide.

Estes notifies owners of a change only if the value of their property increases, not if it stagnates or decreases. In his narrative letter, Estes told the tax commission his office will conduct land studies and land sales will be validated to "determine the appropriate value to insure proper allocations between land and improvements."

The County Commission is allowed to send a letter along with the assessor's plan and narrative letter so commissioners decided to do so to challenge Estes' complaints.

The county installed the current computer system a few years ago, over the protests of Estes, who said the previous system provided a clearer picture of information about properties.

Estes said the former Clear Basin program allowed his office to find similar properties when evaluating a parcel with a push of the button. Estes said Devnet takes more time, produces skewed results and requires time for its results to be adjusted. The office is still working to fix data from last year's reassessments, he said, creating a "nightmare" for his team.

In the county's response letter, dated Sept. 13, the commission asked Devnet to respond to Estes' claims. Devnet, according to the response letter, claims they provided "in-depth training" several times and they were unaware of any "numerous errors" that Estes claims he is still dealing with.

"I have no authority to make DevNet fulfill their contract," Estes wrote. "Until the state tax commission insures the vendors provide certain minimum requirements and fulfill these requirements, while county commissions decide what is best for this assessor's office, there will be issues."

Commissioners have said they switched computer systems in an effort to allow the assessor's office and county collector's office to be able to share information easier.

Otto said at the Sept. 6 commission meeting that there should be no issues with the computer system.

"In fact, other county assessors and collectors use this DevNet system," Otto said. "In St. Louis city, where former Cole County Assessor Shawn Ordway now works, they use it there, and it works fine."

Cole County Collector Larry Vincent, also at that Sept. 6 meeting, said they haven't had any significant issues with the system in some time.

In its response letter, the County Commission noted it knew it was required to sign the assessment maintenance plan to receive state reimbursements. But it also didn't want the commissioners' signatures to imply they agreed with the contents of the letter or "potentially defaming one of our vendors."

Estes and the county commissioners have not met face-to-face since these recent problems arose; communication has only existed through emails and letters. Commissioners said they have asked Estes to come to meetings, but he has not come. Estes did tell the tax commission in his narrative letter that he would be presenting his staffing level needs to the County Commission, who he acknowledged had indicated they would provide funding for additional positions he needs in his office, if qualified candidates can be found.

Staff said they talked with Estes and progress was being made. While they didn't get into specifics, tax commission officials described the changes they were looking for as "minor."

They said a plan could be ready for the tax commission to sign off on by its Oct. 18 meeting now that they have the documents with the commission's and assessor's signatures.