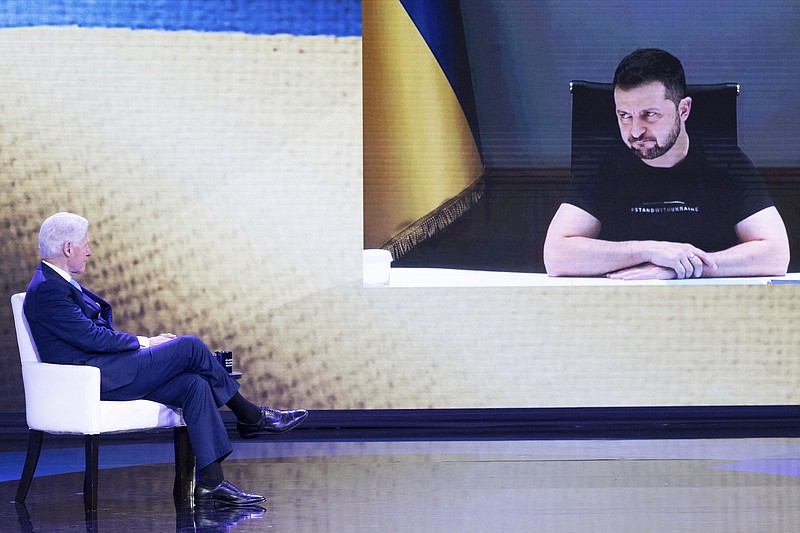 UNITED NATIONS (AP) -- Ukrainian President Volodymyr Zelenskyy urged world leaders on Wednesday to strip Russia of its vote in international institutions and its U.N. Security Council veto, saying that aggressors need to be punished and isolated.

Zelenskyy began his much-anticipated speech by video to the U.N. General Assembly hours after Russian President Vladimir Putin announced a partial mobilization of reservists to further his war against Ukraine.

While Zelenskyy had yet to address the development, he said his forces "can return the Ukrainian flag to our entire territory. We can do it with the force of arms. But we need time."

He also demanded punishment for Russia, including barring Russia from voting in international bodies and exercising its Security Council veto.

"So long as the aggressor is a party to decision-making in the international organizations, he must be isolated from them," Zelenskyy said.

Russia hasn't yet had its turn to speak at the gathering. Putin has said he sent his armed forces into Ukraine because of risks to his country's security from what he considers a hostile government in Kyiv; to liberate Russians living in Ukraine -- especially its eastern Donbas region -- from what he views as the Ukrainian government's oppression; and to restore what he considers to be Russia's historical territorial claims on the country.

The war has dominated the global gathering, which comes nearly seven months after Russia launched what has become the largest military conflict in Europe since World War II.

In a reflection of the circumstances, Zelenskyy wasn't at the august rostrum where other presidents, prime ministers and monarchs speak at international diplomacy's most prominent annual gathering. Instead, he got an exception to speak via video.

As a permanent member of its most powerful entity, the Security Council, Russia was able to veto a demand to stop its attack on Ukraine days after it began.

But the move that galled a number of other countries and led to action this spring in the broader General Assembly, where resolutions aren't binding but there are no vetoes.

The assembly voted overwhelmingly in March to deplore Russia's aggression against Ukraine, call for an immediate cease-fire and withdrawal of all Russian forces, and urge protection for millions of civilians. The next month, members a smaller but still commanding number of members voted to suspend Russia from the U.N. Human Rights Council.

Putin's decree Wednesday about the partial mobilization was sparse on details. Officials said as many as 300,000 reservists could be tapped.

It's an apparent effort to seize momentum after a Ukrainian counteroffensive this month retook swaths of territory that Russians had held.

But the first such call-up in Russia since World War II also brings the fighting home in a new way for Russians and risks fanning domestic anxiety and antipathy toward the war.

A day earlier, Russian-controlled parts of eastern and southern Ukraine announced plans for referenda on becoming parts of Russia. Ukrainian leaders and their Western allies consider the votes illegitimate.

Zelenskyy's speech was one of the most keenly anticipated at a gathering that has dwelled this year on the war in his country. But it wasn't the first time the first-term president has found himself in the spotlight at the assembly's annual meeting of presidents, premiers, monarchs and foreign ministers.

At last year's General Assembly meeting, Zelenskyy memorably compared the U.N. to "a retired superhero who's long forgotten how great they once were" as he repeated appeals for action to confront Russia over its 2014 annexation of Ukraine's Crimean peninsula and its support for the separatists. 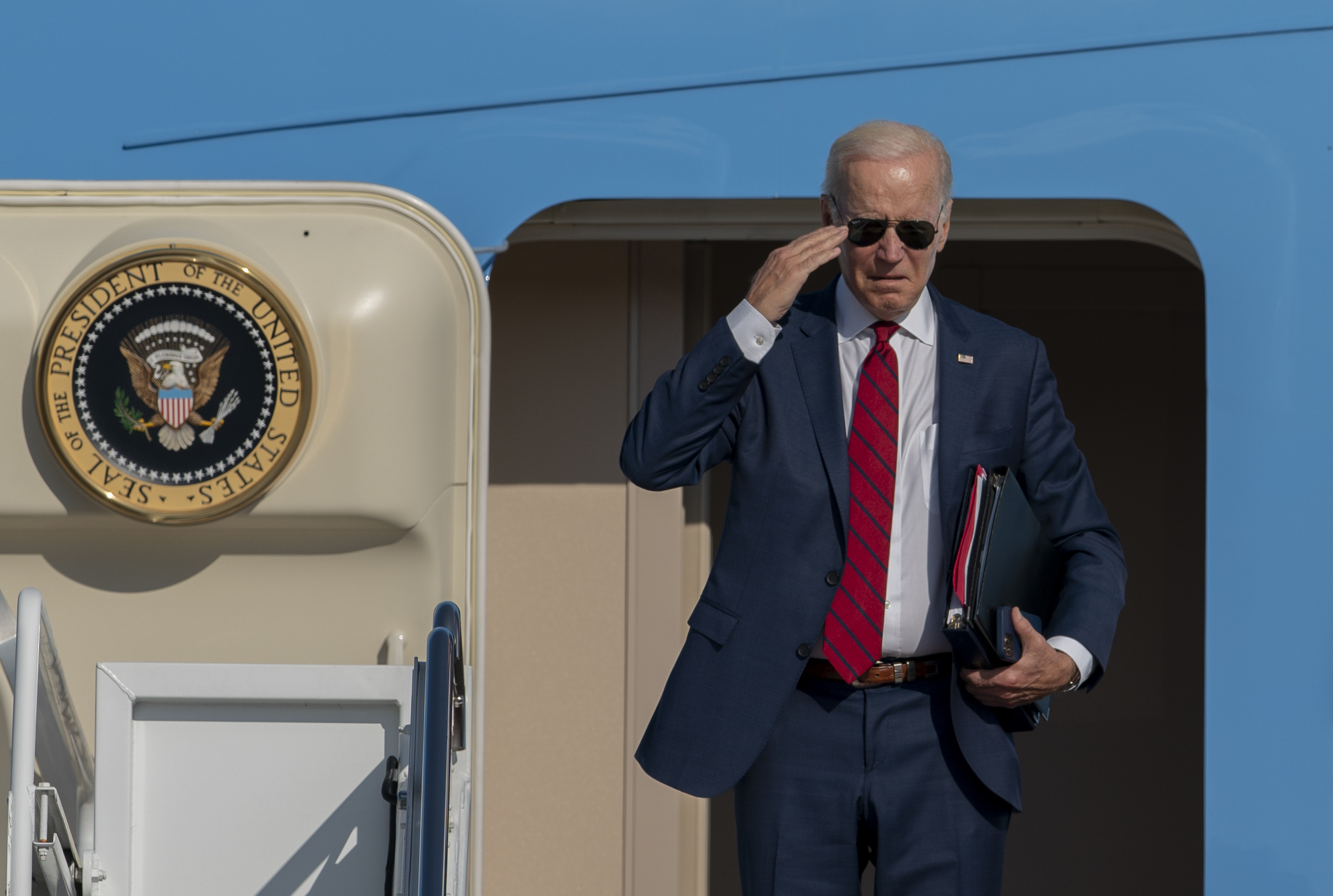 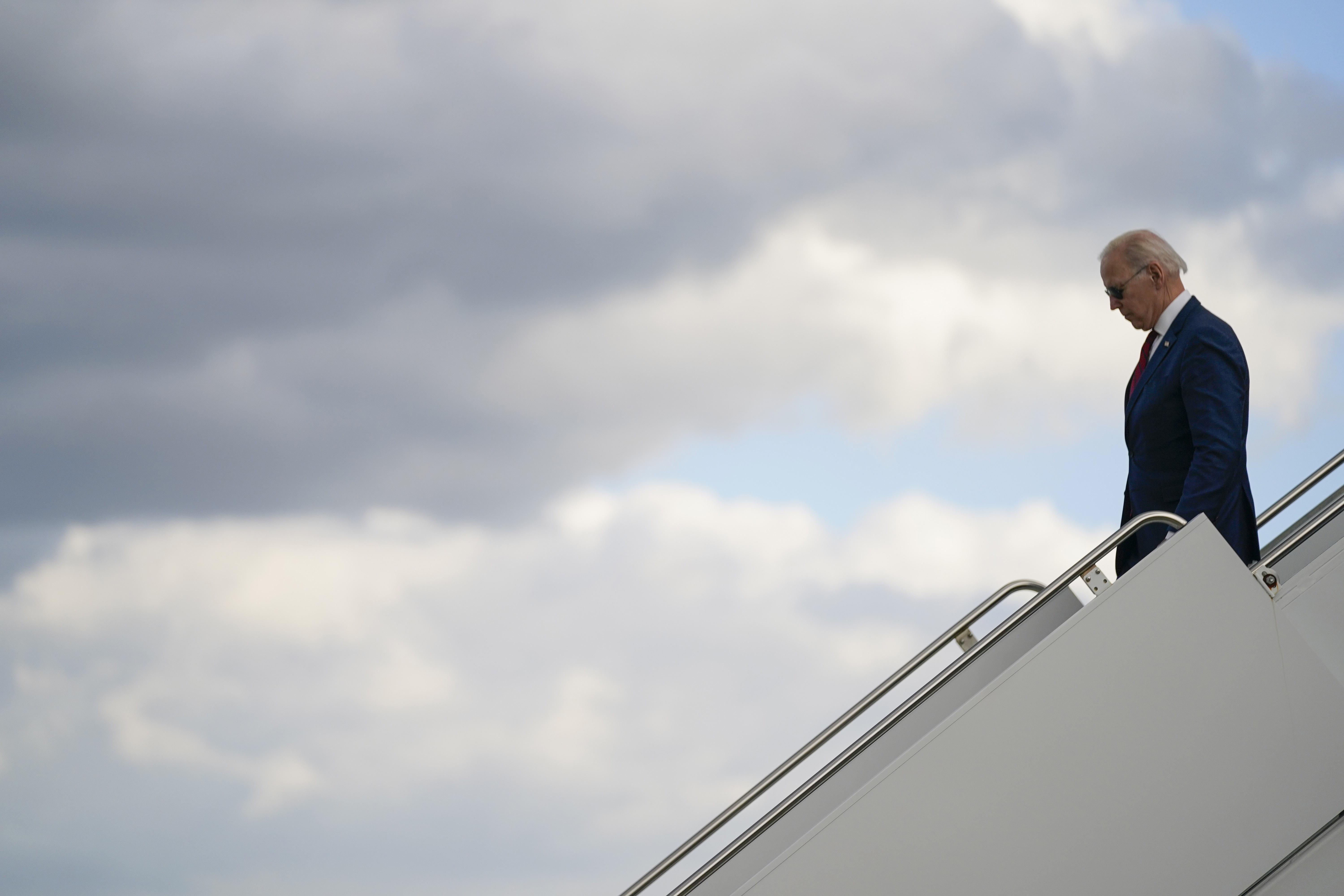 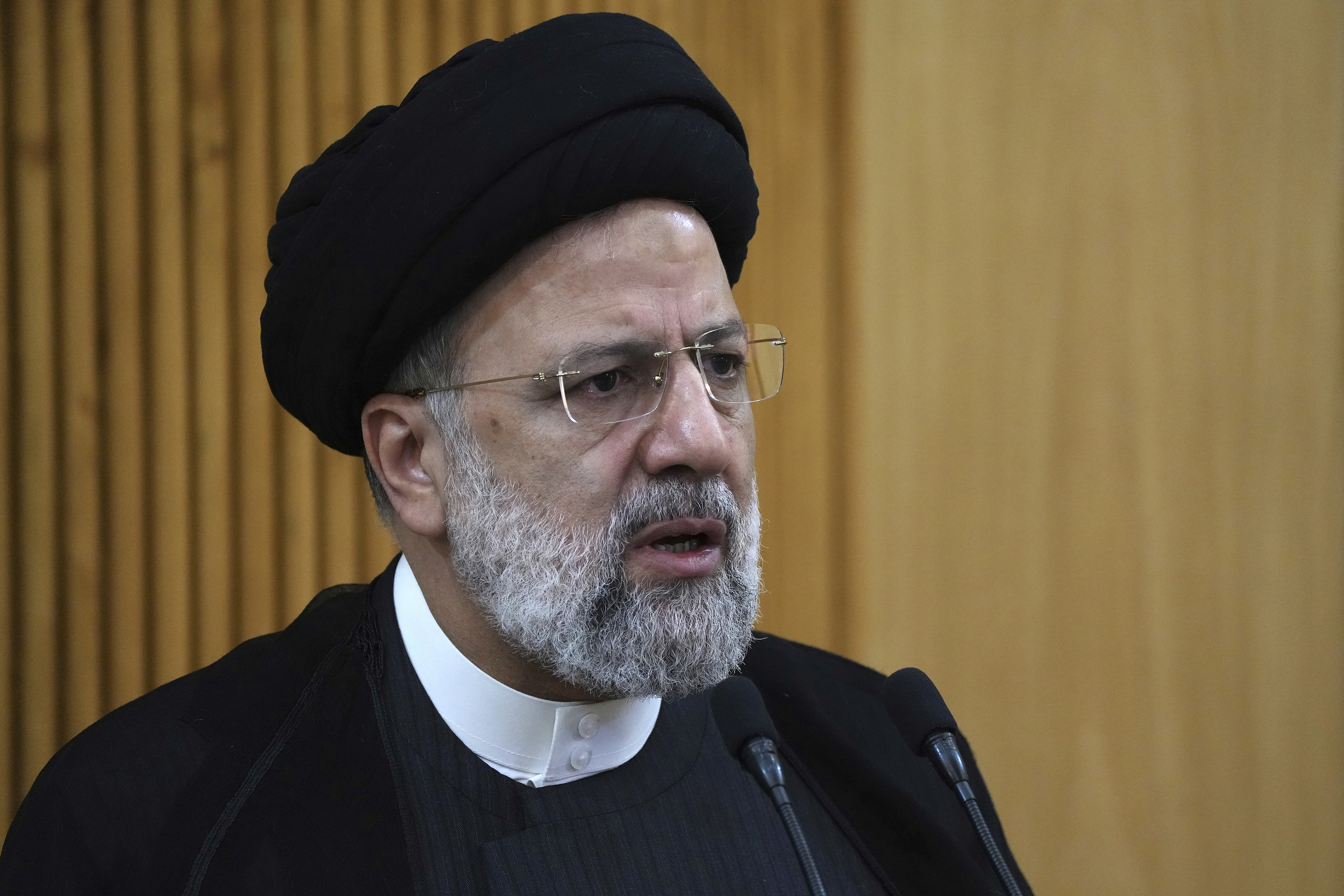 Iranian President Ebrahim Raisi speaks prior to leave Tehran's Mehrabad airport to New York to attend annual UN General Assembly meeting, Monday, Sept. 19, 2022. Raisi headed to New York on Monday, where he will be speaking to the U.N. General Assembly later this week, saying that he has no plans to meet with President Joe Biden on the sidelines of the U.N. event. (AP Photo/Vahid Salemi) 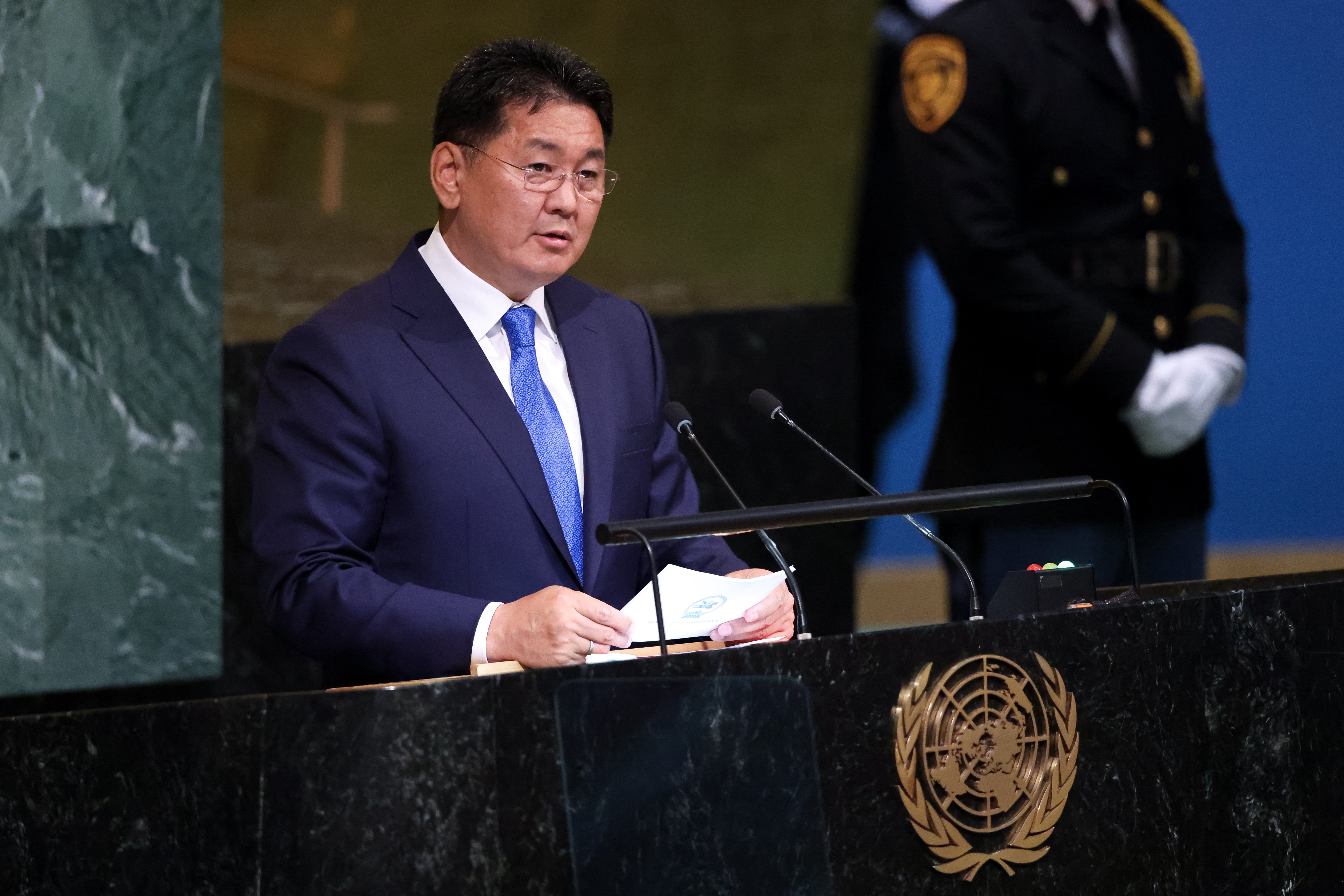 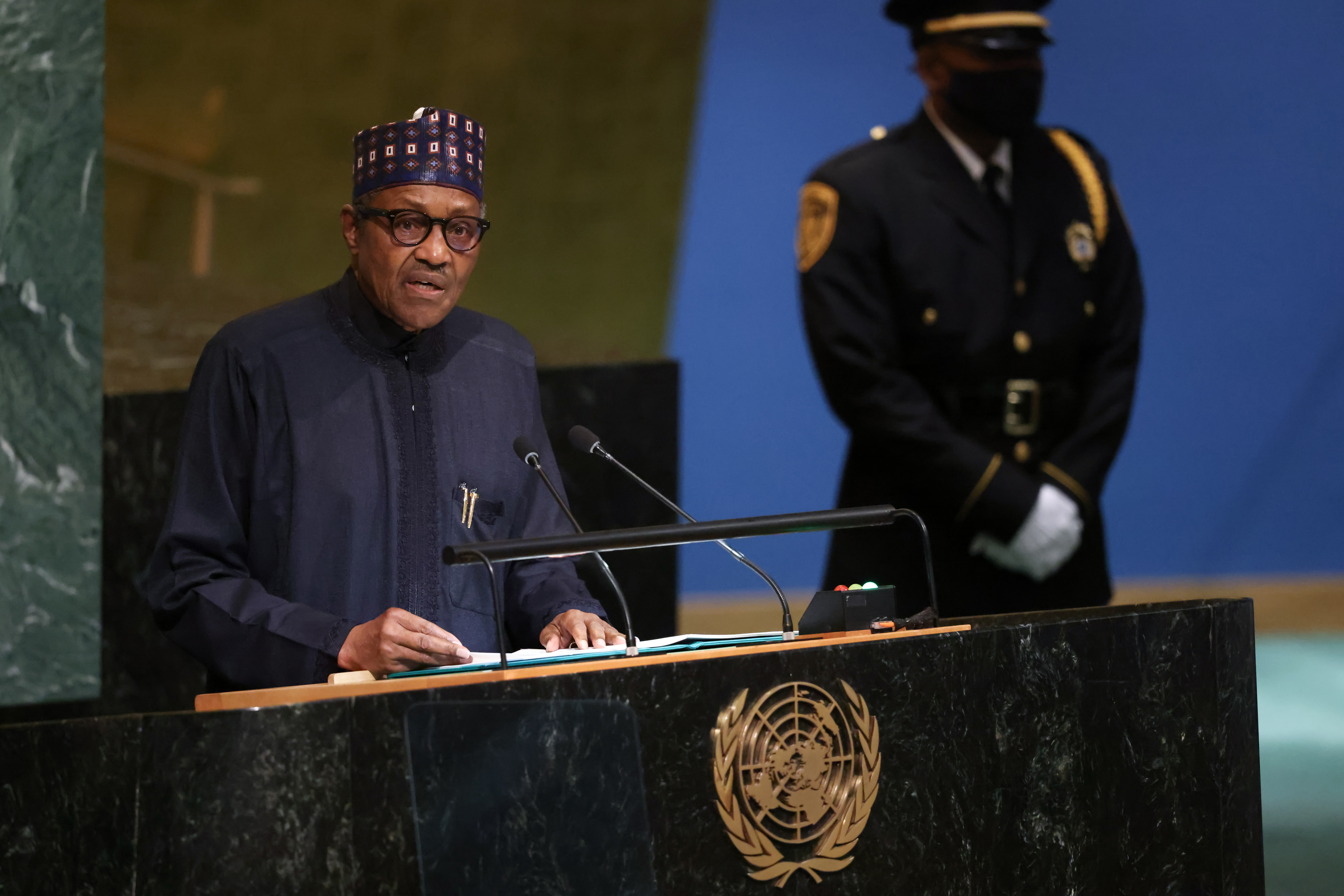