Neptune and rings shine in photos from new space telescope 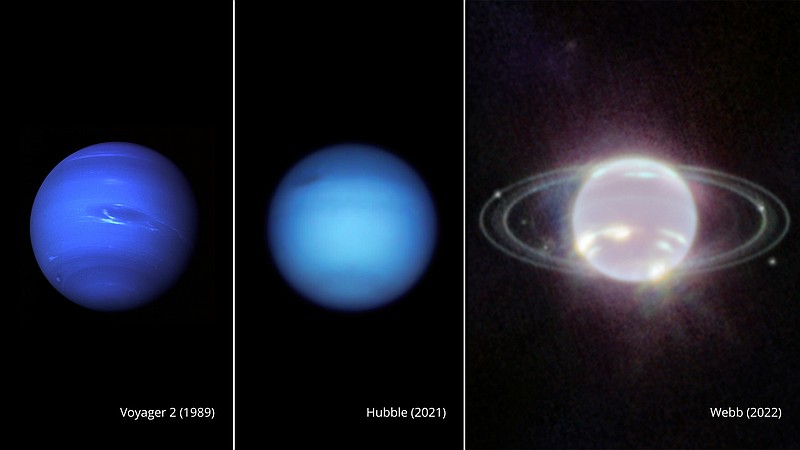 This composite image provided by NASA on Wednesday, Sept. 21, 2022, shows three side-by-side images of Neptune. From left, a photo of Neptune taken by Voyager 2 in 1989, Hubble in 2021, and Webb in 2022. In visible light, Neptune appears blue due to small amounts of methane gas in its atmosphere. Webb’s Near-Infrared Camera instead observed Neptune at near-infrared wavelengths, where Neptune resembles a pearl with thin, concentric oval rings. (NASA, ESA, CSA, STScI via AP)

NASA released new glamour shots of our solar system's outermost planet Wednesday taken by the James Webb Space Telescope. The pictures taken in July show not only Neptune's thin rings, but its faint dust bands, never before observed in the infrared, as well as seven of its 14 known moons.

Webb showed Jupiter at its best in a series of fresh photos released last month.

Launched less than a year ago, the $10 billion Webb is spending most of its time peering much deeper into the universe. Astronomers hope to see back to almost the beginning of time when the first stars and galaxies were forming.

NASA's Voyager 2 was the first spacecraft to see Neptune in all its gaseous glory, during a 1989 flyby. No other spacecraft have visited the icy, blue planet.

So it's been three decades since astronomers last saw these rings with such detail and clarity, said the Space Science Institute's Heidi Hammel, a planetary astronomer working with Webb.

Hammel tweeted that she wept when she saw the rings, yelling and making "my kids, my mom, even my cats look."

Webb is the world's biggest, most powerful telescope, operating 1 million miles from Earth. It rocketed into space last December.

The observatory is in good health, according to NASA, except for one item.

NASA reported this week that a mechanism on one of Webb's instruments showed signs of increased friction late last month in one of four observing modes. Observations are on hold in this one particular observing track, as a review board decides on a path forward. 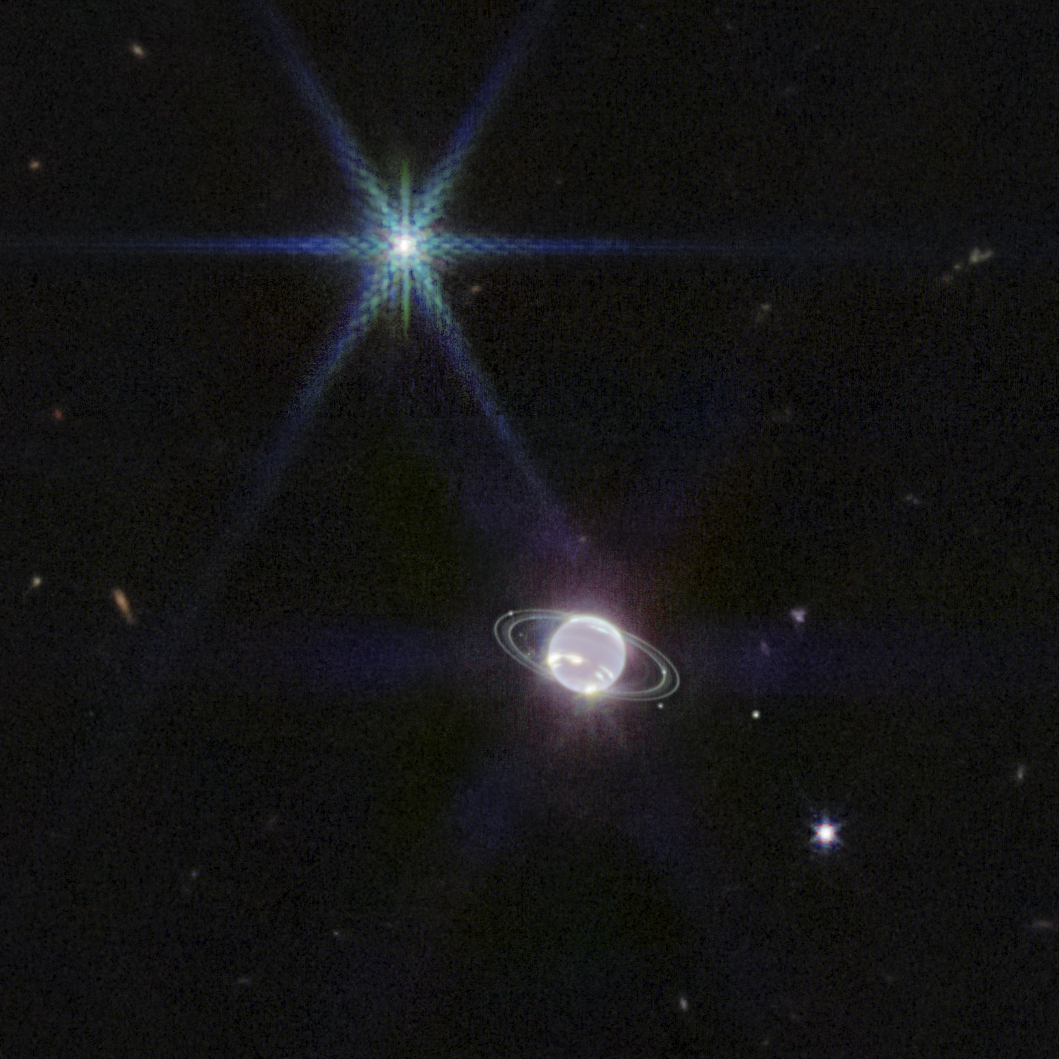 This image provided by NASA on Wednesday, Sept. 21, 2022, shows the Neptune system captured by Webb’s Near-Infrared Camera, revealing the planet’s rings, which have not been seen with this clarity in more than three decades. Webb’s new image of Neptune also captures details of the planet’s turbulent, windy atmosphere. (NASA, ESA, CSA, STScI via AP)