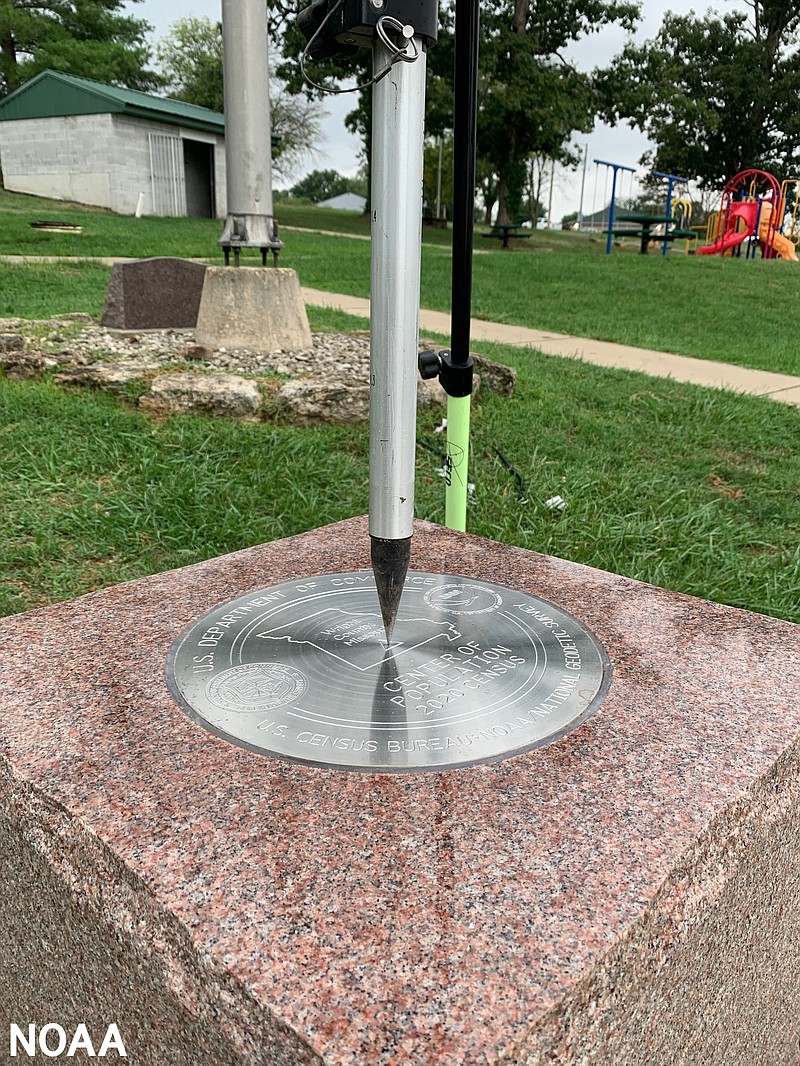 This photo provided by NOAA shows the tip of a tripod resting on the center of the 2020 Center of Population Commemorative Survey mark, as part of a GPS survey to determine the precise latitude, longitude, and height of the mark on Sept. 14, 2022 in Hartville, Mo. The U.S. Census Bureau announced the nation’s new center of population in 2020 to be in Hartville, in the Ozark Mountains. (NOAA via AP)

HARTVILLE, Mo. (AP) -- It's not every day that a small hamlet in the Missouri Ozarks is in the middle of everything, but that was the case for tiny Wright County on Wednesday as officials from the nation's capital unveiled a marker designating a spot in the county as the center of population in the United States.

Dignitaries from the National Oceanic and Atmospheric Administration and the U.S. Census Bureau, including the agency's director, Robert Santos, officially debuted the red granite marker in Hartville, Missouri. With a population of 594 residents in 2020, the county seat is located 14.6 miles from the actual spot calculated following the 2020 census.

Bypassed by interstate highways and railroads, Hartville doesn't have a big tax base or large industry. The local school, a nursing home, the gas station and the Dollar General store are the largest employers.

The nation's population center is calculated every 10 years after the once-a-decade census shows where people are living. The heart of America has been located in Missouri since 1980. Previously located in Plato, in the neighboring county, it moved only 11.8 miles southwest from 2010 to 2020. It is the smallest distance shift in 100 years and the second-smallest in U.S. history.

To calculate the center of the U.S., the Census Bureau figures out which spot would be "the balance point" if the 50 states were located on an imaginary, flat surface with weights of identical size -- each representing the location of one person -- placed on it. 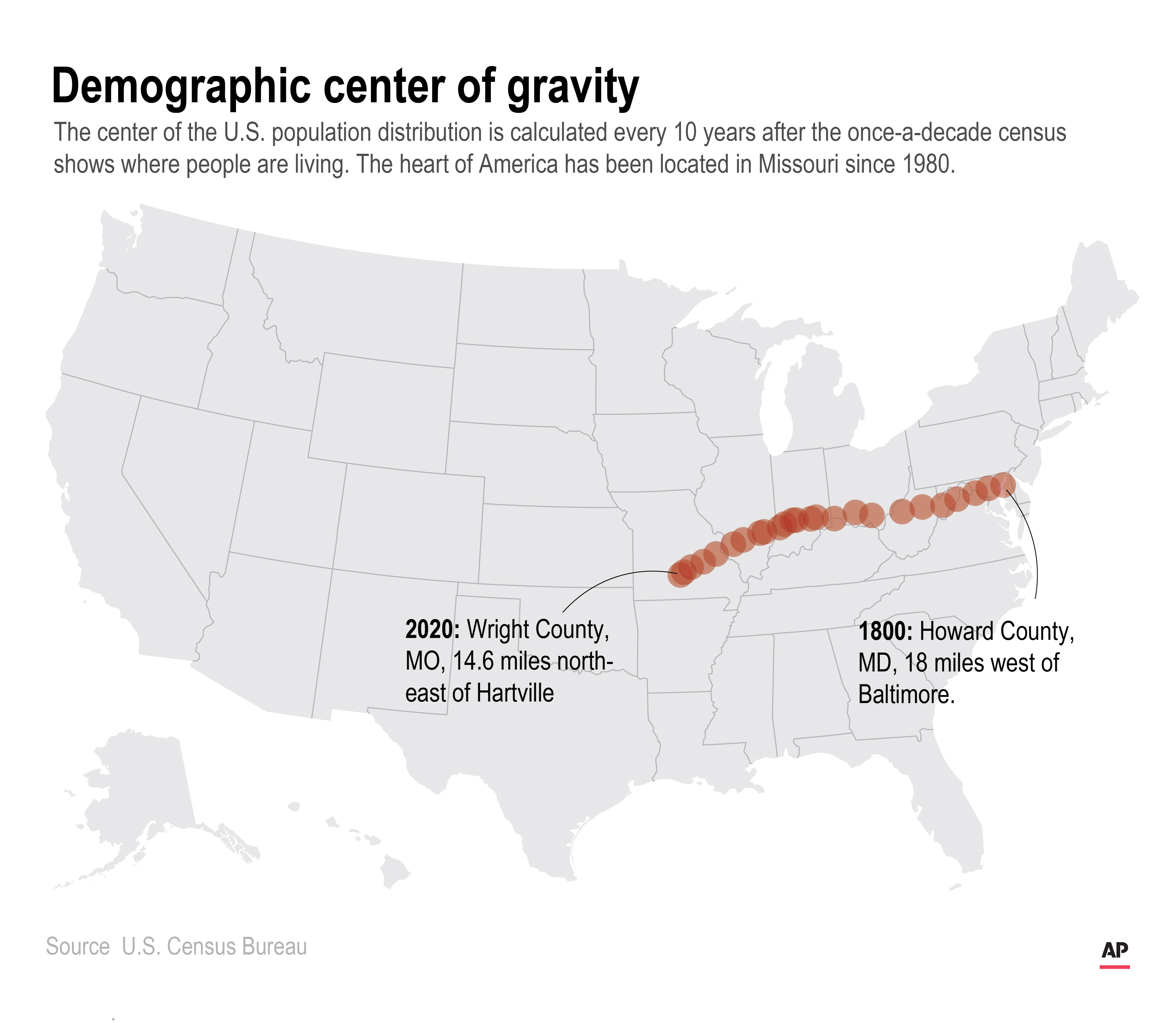 The Census has calculated the mean center of the population of the United States every decade since 1790.