Apples, traditional at Rosh Hashana, shine in this cake 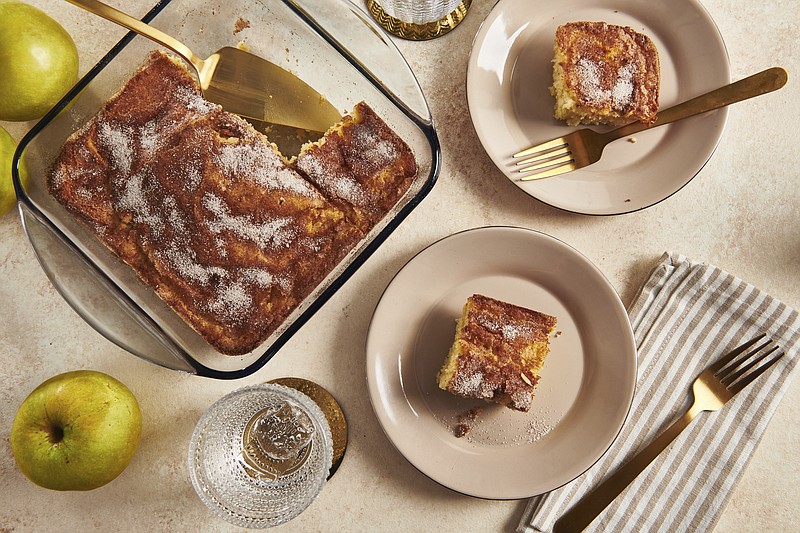 This November 2020 photo shows a recipe for apple cake. Apples at Rosh Hashana symbolize abundance and hope for the new year. (Cheyenne Cohen via AP)

Rosh Hashana, the Jewish New Year, begins Sunday evening, and the people in my house would get pretty ornery if I skipped the holiday's traditional brisket or kugel. But I also like to change up some dishes, like sides and desserts.

In many homes, honey cake is traditional on Rosh Hashanah, but it's this apple cake recipe that shows up in my house, and not only during the holidays. It makes other appearances Just Because. Just because it's fall, just because I went apple picking, just because people are coming over for brunch.

Let's home in for a moment on the apples. In many homes, apples are dipped into honey at the beginning of the Rosh Hashanah meal for a sweet year to come. Joan Nathan, an authority on Jewish food and author of 11 cookbooks, says apples have been associated with the holiday since the Middle Ages.

"Every Jewish holiday is a seasonal holiday, and used what was available," Nathan said. "Honey was everywhere and it represented sweetness for the new year, but so were apples. I would personally have apples rather than honey cake for dessert because they are so abundant and I like them better."

My version of apple cake is super easy and good and tender and moist, and takes very little time to throw together. It is made with butter, so if you are keeping kosher, make sure it is served as part of a parve or dairy meal.

A simple mix of cinnamon and sugar gives the cake a crunchy, sweet topping laced with the spice that is the most perfect partner to apples in the history of spice partners to apples.

For baked goods, you want a firm apple that won't turn into mush when it's cooked. How tart or sweet it is is up to you.

This cake keeps, wrapped at room temperature, for a couple of days.

1. Preheat the oven to 375 degrees Fahrenheit. Grease a 9-inch square (or round) baking pan, or spray with nonstick cooking spray.

2. In a small bowl, stir together the 1/4 cup sugar and cinnamon.

3. In another small bowl, stir together the flour, baking powder and salt

4. In a medium-size bowl, beat the 1/3 cup sugar with the butter until fluffy, about 2 minutes. Beat in the eggs, one at a time, then the vanilla. Add the flour mixture and the milk alternately, in about two batches each, beating after each addition until almost incorporated -- at the end, you still want to see streaks of flour and milk in the thinnish batter.

5. Fold in the chopped apple just until everything is combined. Turn the batter into the prepared pan. Sprinkle the cinnamon sugar mixture over it.

6. Bake until golden brown and until a toothpick or wooden skewer inserted in the middle comes out clean, about 30 minutes. Cool in the pan on a wire rack. 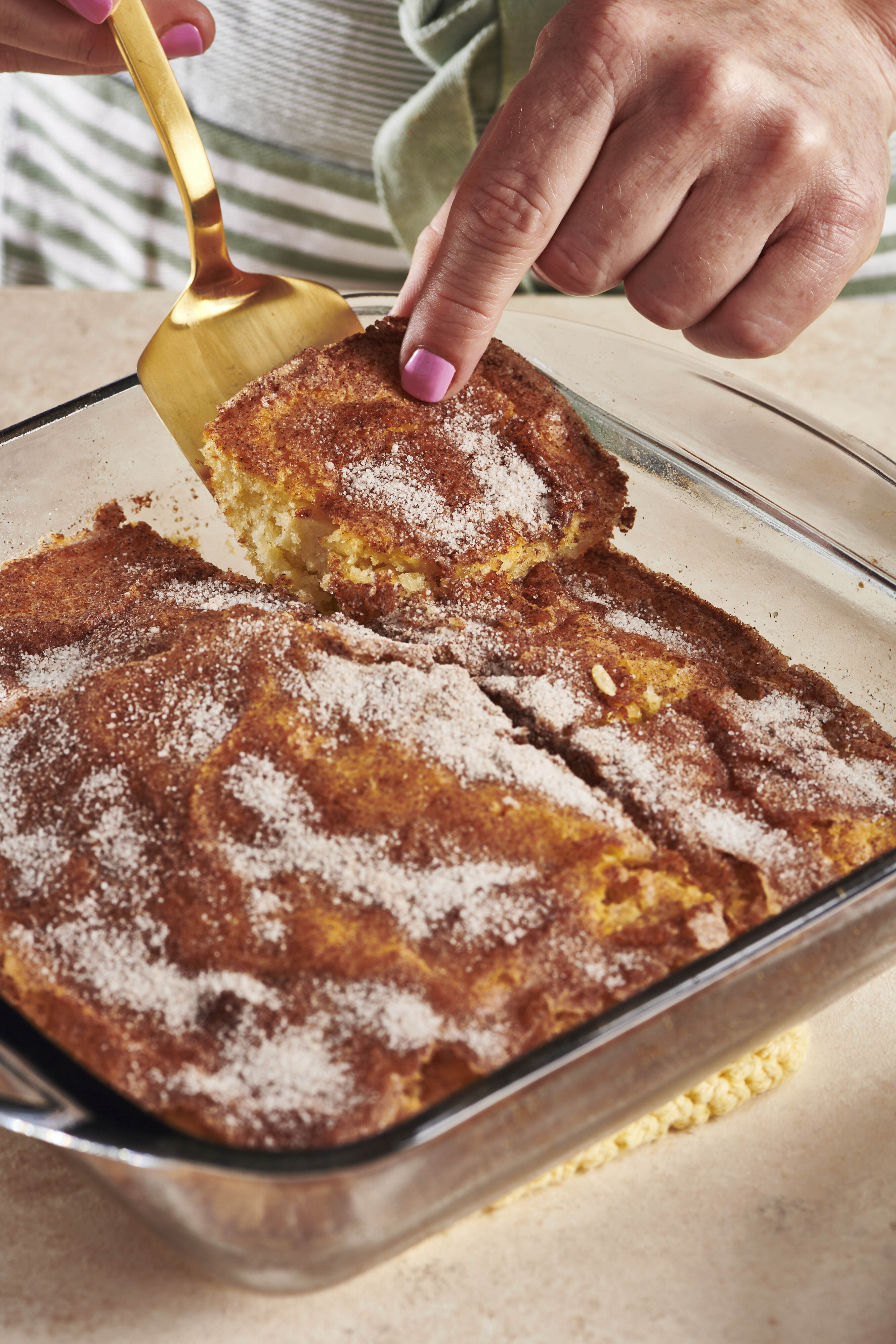 This November 2020 photo shows a recipe for apple cake. Apples at Rosh Hashana symbolize abundance and hope for the new year. (Cheyenne Cohen via AP)