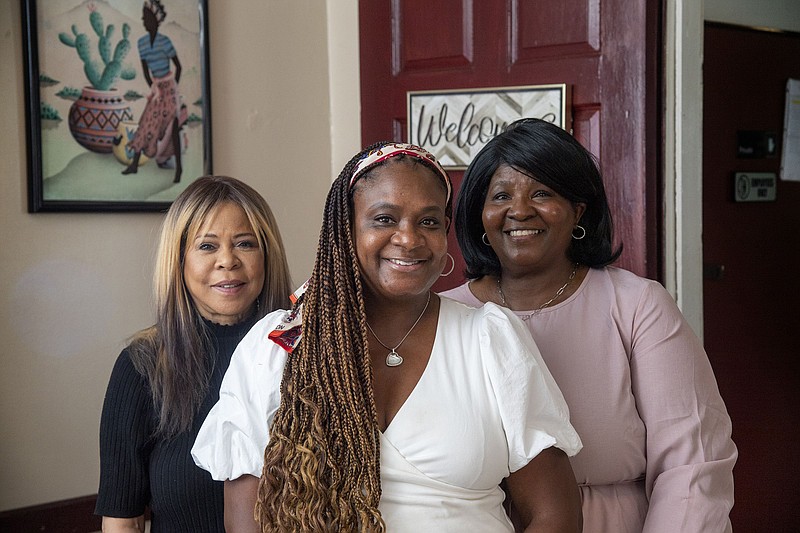 PHILADELPHIA -- After three relapses in rehab, Agnes Muto desperately wanted to maintain her progress following her latest round of treatment for an addiction to pain medication.

But with nowhere to live, the 67-year-old feared for her future.

"I was losing my family, my grandkids," said Muto, of Philadelphia. "I needed help."

Then she found Taylor's Personal Care Home in North Philadelphia, an option recommended by Penn Presbyterian Medical Center upon her release from treatment in 2017.

Personal care homes provide a safety net for people who are not sick enough for nursing homes and too independent for assisted living -- yet cannot live on their own because of a disability or medical condition. These facilities offer housing, meals and help with daily living, such as personal hygiene. They are licensed by the Pennsylvania Department of Human Services, but do not provide specialized medical care.

In Pennsylvania, they offer support to some 66,700 people.

"These homes are our only hope," said Cynthia Gartman, the York-based organizer of the Alliance for Low-Income Personal Care Home Advancement, an advocacy organization for publicly-funded personal care homes.

Limited funding has made sustaining these homes increasingly difficult. A majority of the 1,095 personal care homes here are publicly funded -- primarily through a cut of residents' Social Security checks. This year, the Supplemental Security Income payment personal care homes receive per day increased for the first since 2006, from $39 a day to $45 -- a sorely needed increase, with rising costs for food, utilities and wages.

Still, the people who run homes like Taylor's Personal Care Home said they are committed to keeping afloat a resource for some of Pennsylvania's most vulnerable residents.

The Inquirer spoke with three women, each the owner or manager of a Philadelphia-based personal care home, about the challenges and rewards of their work.

In 1968, Taylor-Barkley's mother became one of the first Black women to operate a state-licensed personal care home in Philadelphia. Taylor-Barkley, 52, grew up there -- cleaning, cooking and chatting up the residents. She kept up with the work through college and after landing a full-time job as a special education teacher.

She recalled one Thanksgiving eve as a teenager, when she made the mistake of complaining about how long it was taking to prepare dinner for a table of 40 people.

She recalls her mother gave her a stern look and said: "What we eat, they eat. Now get to plucking those string beans."

When her mom passed away in 2012, Taylor-Barkley took over the business without hesitation.

"These residents are my extended family," she said.

This family, like any other, has experienced growing pains. Taylor-Barkley recalled being attacked by a young woman with bipolar disorder, who hit and scratched her before others pulled the 18-year-old away.

"When I walked in the door, all I smelled was urine and feces," said Blake, 62. "People were living in squalor."

Blake was so upset she made an offer on the home, owned by an elderly man who was eager to sell. She quit her job as a computer technician and spent the next few months scrubbing floors, painting walls and spreading fresh linens on all the beds.

"My philosophy has always been 'there but for the grace of God go I,'" she said. "How would I want to live if I were in need of those services? That's how I base the way I run Kaysim."

She is now struggling to keep Kaysim in top shape. The personal care home has been plagued by financial problems: Blake defaulted on a $409,000 line of credit she took out to support Kaysim and the city has put liens on her property multiple times due to unpaid taxes. The pandemic exacerbated Kaysim's financial troubles.

"When COVID came I had about 70 residents," Blake said. "When the state put in the shelter in place requirement, about half of my residents were too scared and felt they would do better out in the community."

Kaysim needs a minimum of 66 residents to break even, but has had a low census of about 50 ever since the pandemic hit in 2020.

Blake is frustrated the state and federal governments haven't done more to help businesses like hers. But she's determined to pay back her debts and said she has established payment plans with her creditors.

She has appealed to local nonprofits and other support programs for help with food, energy and water bills, though so far without success.

"I've borrowed money from friends and family just to keep us afloat, trying to get us to the next month," she said.

Robyn Burns, 63, felt lucky to be alive after contracting COVID-19 in April 2020 and spending six weeks in an induced coma, then another five on a ventilator.

Burns has "always been an advocate and had compassion for seniors," she said.

She worked as a nurse specializing in elder care before embarking on a 25-year career at Hayes Manor Retirement Home, where she is the administrator.

But after seven months of rehab to re-learn how to walk and care for herself, Burns felt a renewed sense of urgency for supporting others.

"Our residents are aged, but not sickly," she said. "Had Hayes Manor not been available or affordable, some of them would end up in nursing homes."

Yet half of Hayes Manor's 65 beds are empty. She said that's partly because she can't afford to hire enough staff to care for more residents.

Burns often works 11- to 12-hour days, dashing between the kitchen, laundry room and residents' bedsides. She refuses to quit.

"I take pride in everything I do," she said, "I care deeply about my residents."

Print Headline: These three women have dedicated their lives to providing a supportive home to adults in need