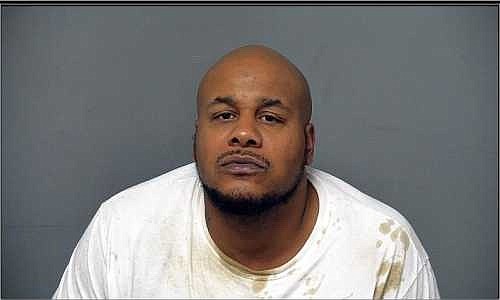 A Jefferson City man has been charged with resisting arrest after reportedly getting into a foot chase Sunday afternoon with police.

According to a Jefferson City Police Department probable cause statement, Cornell Manley II, 38, was seen at a residence in the 1100 block of East Dunklin Street by an officer who reportedly knew he was a parole absconder for his original convictions of first-degree assault, armed criminal action and unlawful use of a weapon.

Manley was sent to prison in 2006 for his role in the 2005 shooting of a bouncer at a now-closed downtown nightclub.

Records from that time showed the shooting occurred after Manley and a friend were asked to leave the bar because of complaints that Manley's friend was "fondling females in the club."

Manley and the bouncer scuffled before the two men finally left the club and crossed High Street to a blue van, police said. Manley opened the van's passenger door, reached inside and then walked back across High Street toward the bar and fired one round into the business through its glass doors, reports said.

The bullet struck the bouncer in the leg. The bullet never was found, but the Highway Patrol Crime Lab matched a shell casing found outside the business with a gun that police later found inside the van.

After Manley was spotted Sunday, the officer who saw him stopped his car and yelled for him to come over. Manley allegedly ran back inside the residence, and additional responding units reported Manley had run out the back of the residence. They believed he was hiding in woods in the 1100 block of East Elm Street.

A perimeter was established and a passerby reportedly told police they had seen Manley hiding in the woods near East Dunklin Street and Clark Avenue.

The first responding officer went to that area and allegedly saw Manley laying on the ground and shouted for him to come out. Manley then ran out of the woods toward East Dunklin with the officer chasing him. The officer deployed his Taser and that caused Manley to fall to the ground and be taken into custody.