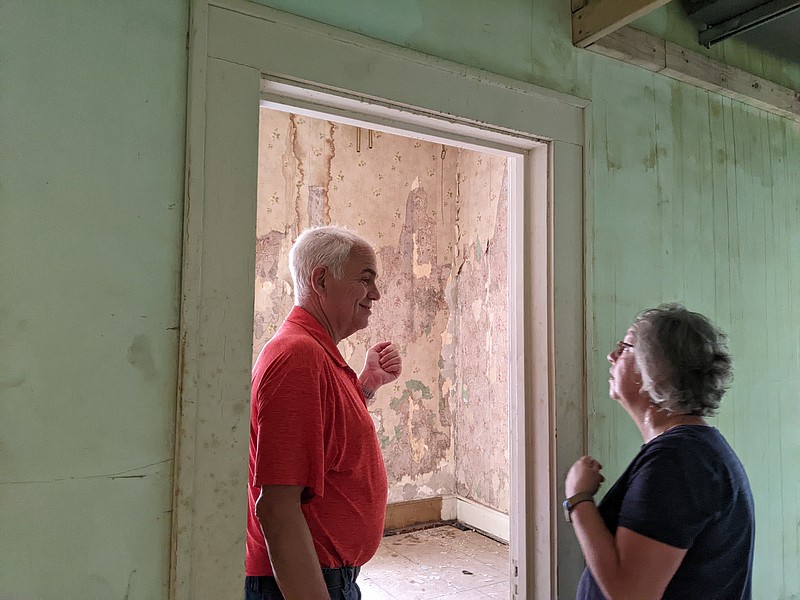 Ryan Pivoney/News Tribune photo: Richard Glaser and Ute Baker toured the inside of 501 East Capitol Ave. Sunday, Sept. 18, 2022, through the Historic City of Jefferson's annual Historic Homes Tour. Glaser said he was surprised by how large the interior of the buildings were.

Historic City of Jefferson offered a glimpse into Capitol Avenue's history and future Sunday with its annual Historic Homes Tour.

The self-guided tour offered community members the chance to peruse seven historic homes along the 500 and 600 blocks of Capitol Avenue as renovations progress.

Richard Glaser said he likes going on the Historic City of Jefferson tours because you never know what's inside.

"I've walked around this area, I do it a lot, but it's just incredible when you get inside," he said. "Some of these places are huge."

Ute Baker, who was in town from St. James, said she was most excited to look at Ivy Terrace.

"That's just been fascinating me so it's nice to be able to go in," she said.

The building, constructed in 1893, is one of the most intact representatives of the Queen Anne architectural style, according to the tour program.

The building was then sold to G.A. Fischer, a local druggist, whose heirs sold it to Mary E. Wood, one of Missouri's first professional hairdressers. After operating a beauty school in the building for 18 years, it was sold to Tom and Dee Whitecotton, who restored the historical mansion and put it on the National Register of Historic Homes in 1990.

The Buescher family took over in the 1990s, but it fell into neglect. The Jefferson City Housing Authority took ownership and then sold it to Wendy Gladbach and Deb Sacilowski, who are still performing renovations.

"We bought the house to save it," Sacilowski said.

She said the building will be used to offer an event space on the main floor and house a bridal shop on the second floor.

Sacilowski said her sister, who will operate the bridal shop, recognized a need for a small event space in Jefferson City. The possibilities for small parties, weddings, baby showers and afternoon teas are endless, she said.

"As an events center, it's kind of part of the community again," Sacilowski said. "Instead of it being a house where everybody wants to know what's inside, now we can actually open it up and have different events in here."

Sacilowski said there were five layers of roofing on the house when she bought it, which has significantly contributed to its current condition.

With hundreds of thousands poured into repairs, most of the structural issues have been taken care of, she said, so it's mostly finishing left to do.

Sacilowski said she was expecting the project to take 18 months, but that was two and half years ago. It will likely be a couple more years until it's totally complete, she said.

"We could be open before then, but there's so much, like, trim work outside that I don't think we'll get to because it's not as important. Even putting the turret top on again, we probably won't be doing that for a while because it doesn't have any real function," she said. "It's pretty, but we have to focus on function so we can get the doors open."

Sacilowski said Historic City of Jefferson has been helpful throughout the renovation process, and the tours are an easy way to return support.

It also gives Sacilowski an opportunity to connect with some of the 1,577 people following the house's page on Facebook for updates. She said people often reach out with kind words about her family's efforts to restore the historic home.

"I had no idea there were so many little girls in this town who wanted to grow up and buy this house," she said. "It's just a great opportunity to save it before it has to be torn down."

Carol and Allan Forbis said they were drawn to the tour by the buildings' historic architecture and to see the work other people in the community are putting into the buildings.

"It's just such a blessing to the city so we're happy to come out and congratulate them and just see the great progress they've made," Allan said.

"These are the things that really keep history alive in our city," he continued. "One of the reasons I think people still come to the Capital City is to see not only the Capitol, but to see the history that surrounds the Capitol, so to come out and be able to see some of that and be part of that is pretty cool."

Carol said she wants the progress to continue down to the 400 block of Capitol Avenue.

"They can be saved," she said.

Donna Deetz, president of Historic City of Jefferson, said the event went well as more than 100 people were touring homes within the first hour.

Deetz said the tours serve two functions: offering a chance for the local community to learn about some of the historic buildings in their city and raising funds for Historic City of Jefferson to keep the lights on.

John Tweedie, an 1856 Scottish immigrant, owned the home while rising to prominence in the shoe industry, eventually becoming president of the A. Priesmeyer Shoe Company. Once considered one of the wealthiest men in Jefferson City, Tweedie died by suicide in the early 1900s.

The building will house Historic City of Jefferson artifacts and records, and will open for public use in coming months, Deetz said.

Historic City of Jefferson has been offering its Historic Home Tours for nearly 15 years, she said. The organization offered tours of historic places of worship last year amid the COVID-19 pandemic.

"It's not just the building itself," Deetz said. "It's the story that goes with the building." 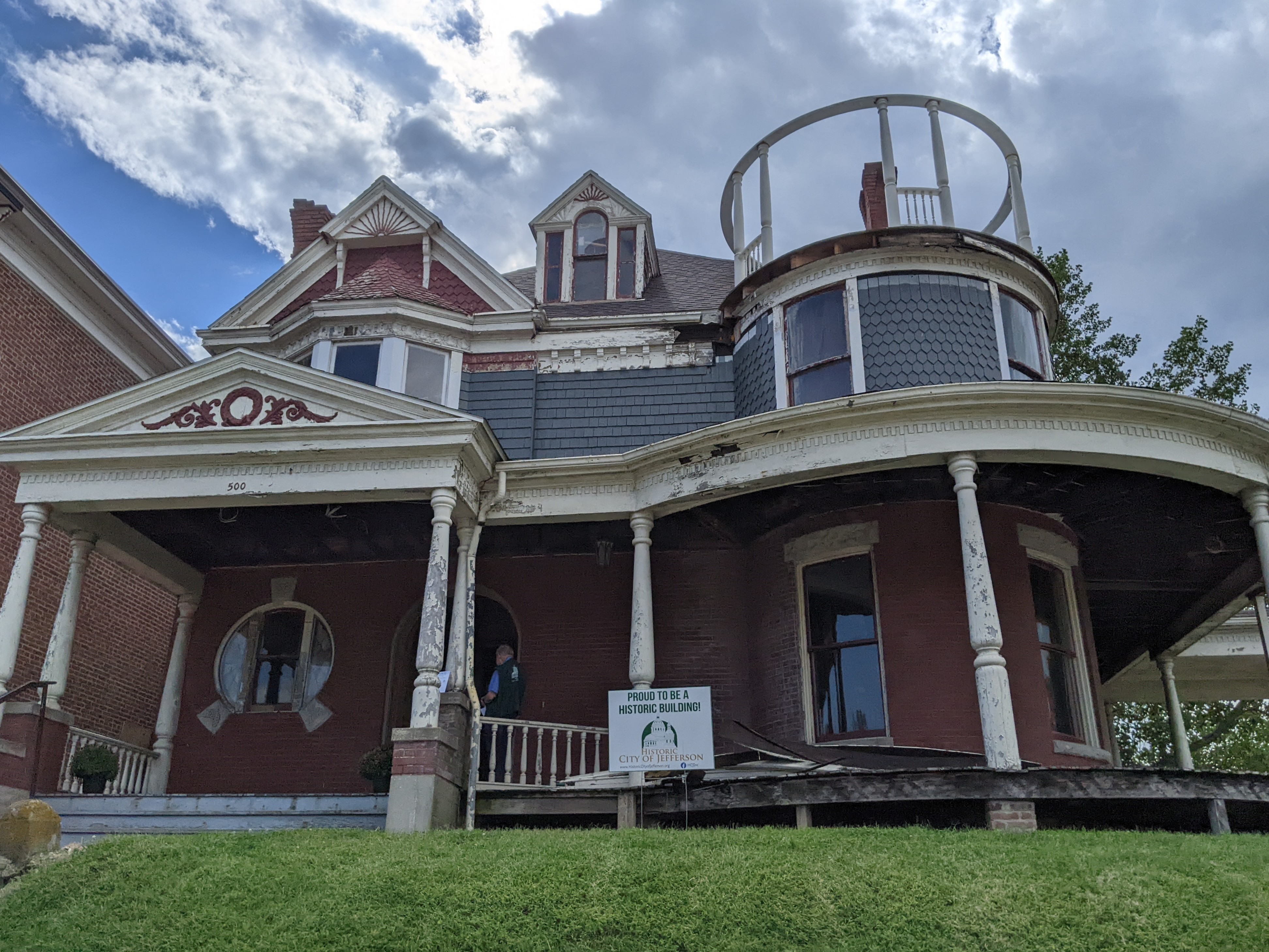 Ryan Pivoney/News Tribune photo: Ivy Terrace, located at 500 East Capitol Ave., was among the seven historic homes available to tour Sunday, Sept. 18, 2022, through Historic City of Jefferson's annual Historic Homes Tour. The homeowners purchased the building from the Jefferson City Housing Authority and plan to turn it into a small events space and bridal shop. 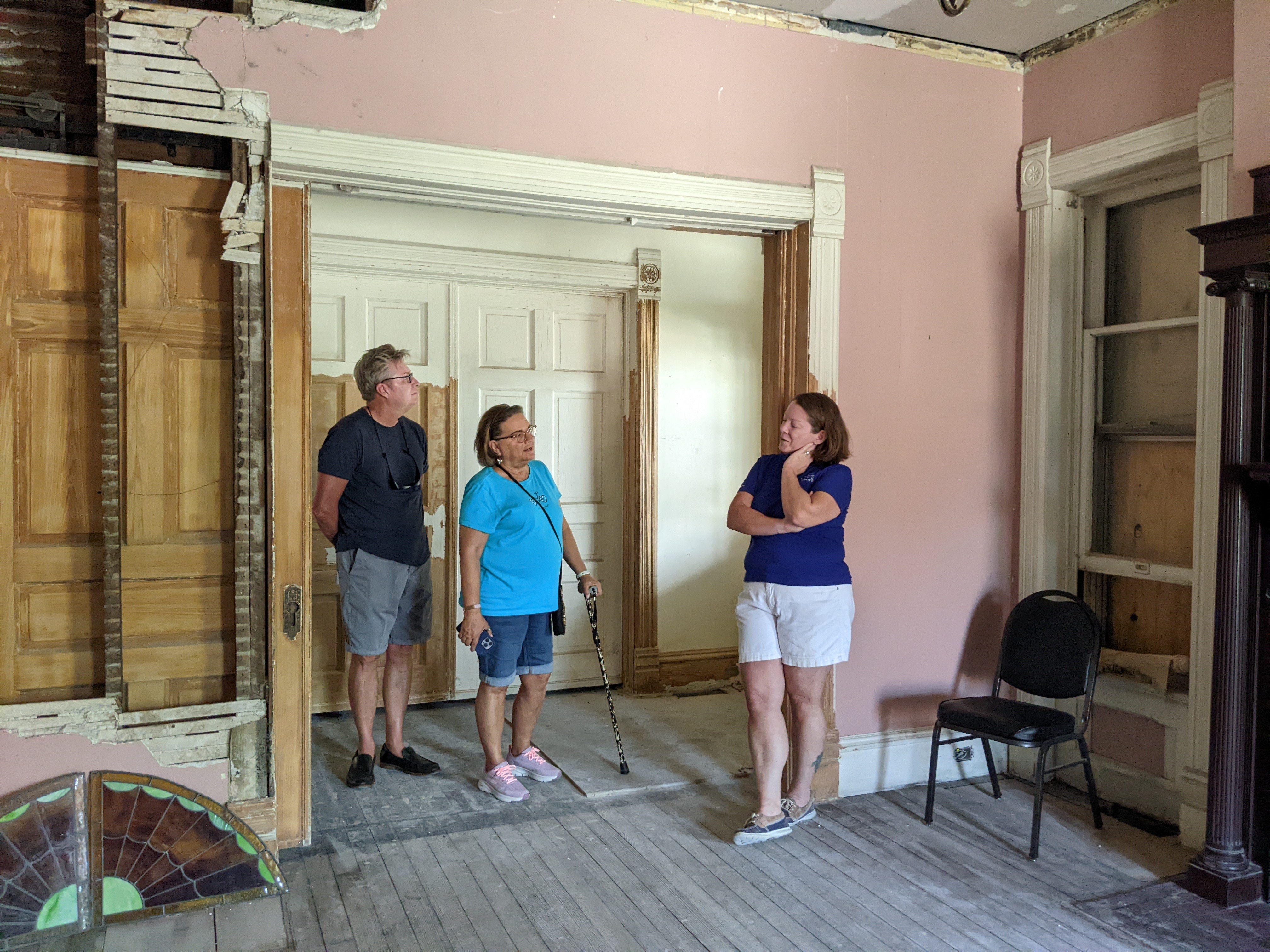 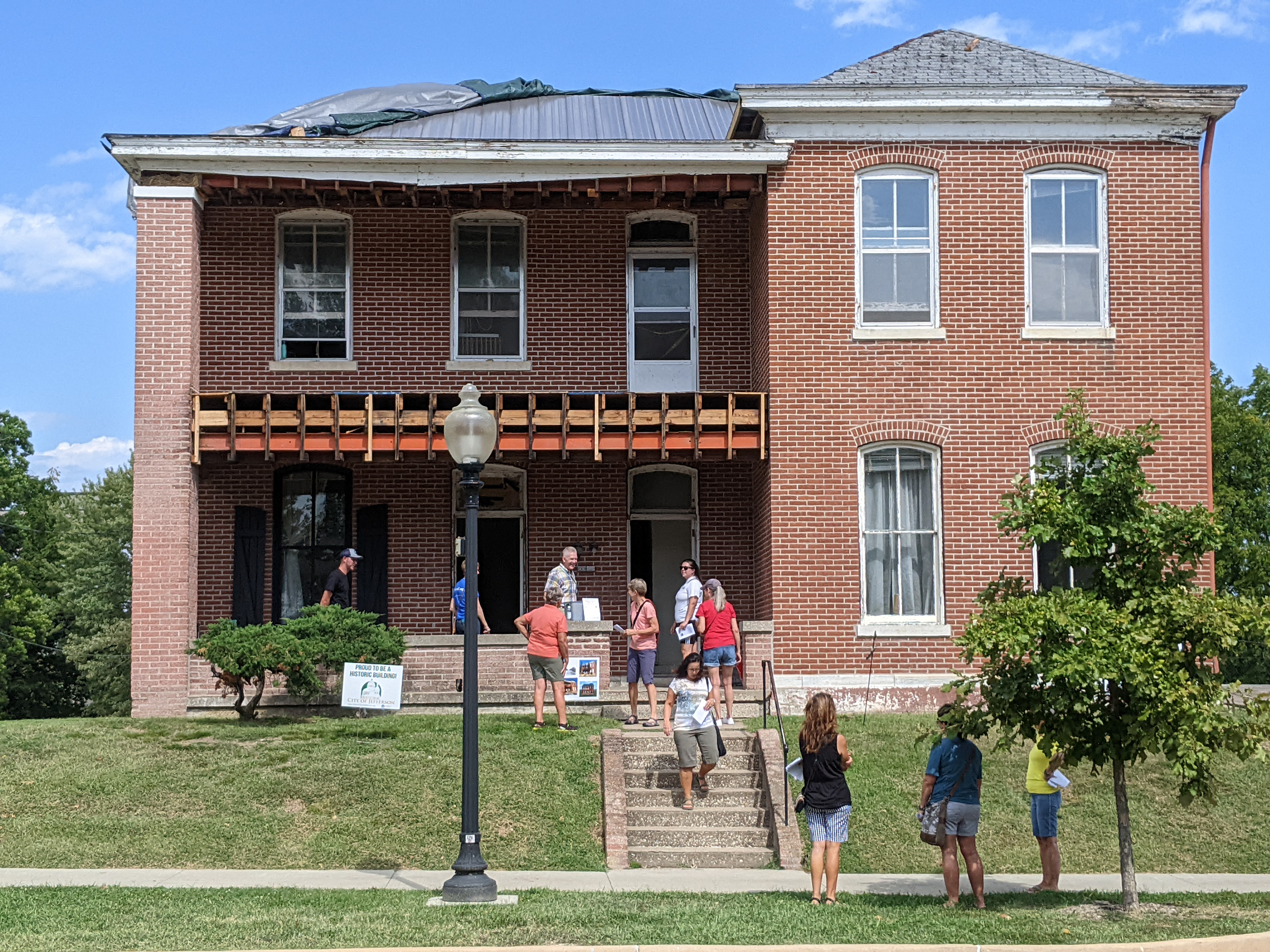 Ryan Pivoney/News Tribune photo: 501 East Capitol Ave. was one of seven historic homes the Historic City of Jefferson made available to tour Sunday, Sept. 18, 2022, through its annual Historic Homes Tour. The tours attracted hundreds to see the historic architecture and renovation progress of the homes.