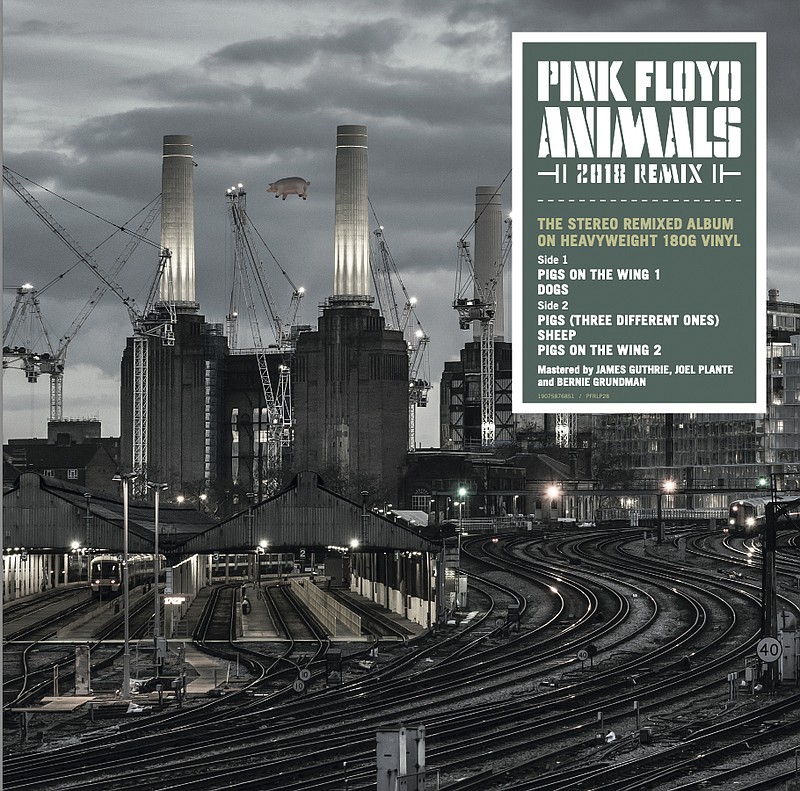 Nothing is easy when it comes to Pink Floyd and its legacy, which explains why the 2018 remix of the band's 1977 release "Animals" is just now seeing the light of day.

Lead guitarist David Gilmour wouldn't sign off on the liner notes, said Floyd songwriter and co-lead singer Roger Waters, who agreed to let the remix out without any notes. So fans are left with the music, now in 5.1 surround sound for the first time, a newly imagined cover, a 32-page booklet with previously unreleased photos, but none of the backstory. There are also no bonus tracks or previously unreleased songs.

"Animals" is a concept record much like its predecessor "Wish You Were Here" and "The Wall," which would be released two years later.

Taking its inspiration loosely from George Orwell's "Animal Farm," the record assigns animals to different types of people: pigs, sheep and dogs. The three main songs all run at 10-plus minutes, bookended by two slightly different versions of "Pigs on the Wing" clocking in at around 1:30.

"Animals" is a dark and brooding critique of capitalism and greed, making it perhaps among the least accessible of Floyd releases. Even so, its themes feel just as relevant today as they did when it was first released, and the remix gives the sound a new shine.

Floyd fanatics, of which there are legion, will be certain to hear nuances in the new mixes that will go right past first-time listeners. At the very least, it provides an excuse for those who haven't listened to "Animals" in years, or maybe even decades, to give the new version a spin.