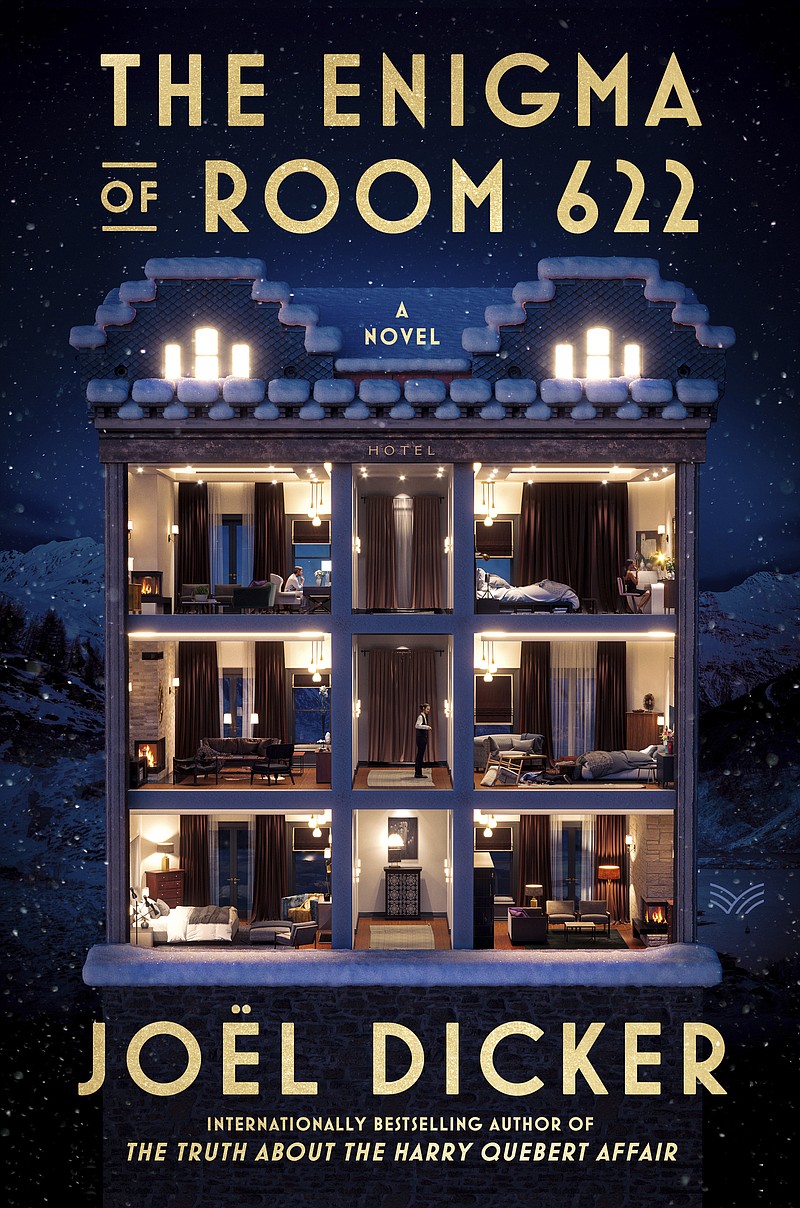 This cover image released by HarperVia shows "The Enigma of Room 622" a novel by Joel Dicker. (HarperVia via AP)

In Joel Dicker's fat new thriller, a famous novelist named Joel, vacationing in room No. 623 of the Hotel de Verbier in the Swiss Alps, is intrigued the luxury resort has no room No. 622. When he inquires, he is initially stonewalled by the staff.

Before long, however, he learns the number was eliminated years ago after someone was murdered there. At the urging of another guest, a young woman who takes a shine to him and thinks the unsolved killing could be the subject of his next novel, Joel reluctantly begins to investigate.

The result is, among other things, an ambitious but flawed novel about writing a novel.

As Joel pursues his investigation, the author gradually unfolds a byzantine plot that includes, among other things, a high-stakes squabble over succession at a secretive Swiss bank, a mysterious and shady financier, money laundering, a decades-long love triangle, love-hate relationships between fathers and sons, several characters pretending to be royalty, friends betraying friends, and two characters who excel at impersonating others.

It's difficult to say more about the plot of "The Enigma of Room 622" without injecting spoilers. Suffice it to say the story has enough startling twists to make readers' heads spin. This blizzard of surprises may delight some readers but is likely to try the patience of others, who may also find a few of the quirky characters too implausible to swallow.

Dicker tells his story in a series of flashbacks and flash forwards. This constant shifting of the timeline is dazzling but risks confusing readers unless they pay very close attention.

As he investigates, Joel is in mourning for his recently deceased publisher, the brilliant Bernard de Fallois, which also happens to be the name of Dicker's former publisher who died in 2018. Dicker wrote "The Enigma of Room 622" as a tribute to his late friend and mentor. The novel was translated from the original French by Robert Bononno.