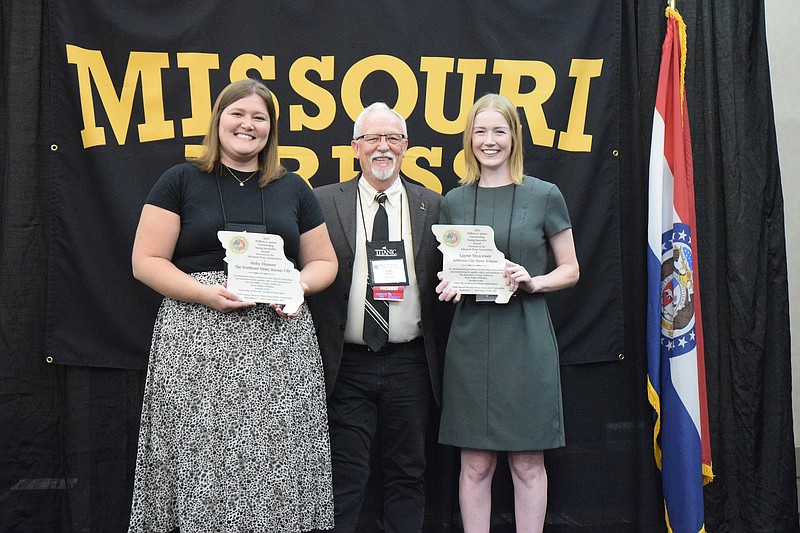 The News Tribune staff won 10 awards in the Class 2 dailies division of the Missouri Press Association's 2022 Better Newspaper Contest, as well as one honoring the Young Journalist of the Year.

Layne Stracener, the News Tribune's community engagement editor, was named the 2022 William E. James/Missouri Outstanding Young Journalist for daily newspapers in the state. Stracener was nominated by editor Gary Castor for her work with the paper's multimedia elements, including graphics, podcasts and videos, in addition to her previous work as an education reporter amid the early days of the COVID-19 pandemic.

Her nomination letter also pointed to her work connecting the News Tribune to its readers and the community at large through public forums, work with community groups and one-on-one events.

"I am so excited and proud to receive this incredible award," Stracener said. "I want to thank Gary Castor for nominating me and helping me grow as a journalist and the Missouri Press Association for selecting me for the award. It's truly an honor, and I can't express enough how much it means to me."

Editorial cartoonist Jim Dyke came in No. 3 for best editorial cartoon, while Smith came in third place in the Best Feature Photograph category. Education reporter Anna Campbell was awarded third place for best story about education for her story describing how "preschool students DIVE into differences" through a literacy-based diversity program. The News Tribune staff also placed No. 3 in the Elections Coverage category for daily papers.