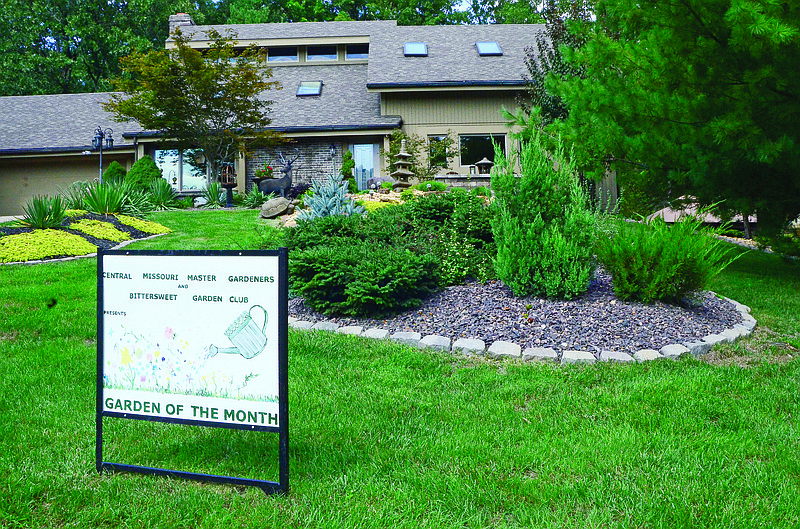 Eileen Wisniowicz/News Tribune photo: Reggie Spiller's garden thrives with greenery and statues on Wednesday, Sept. 7, 2022, in Jefferson City. Spiller is the most recent winner of the Bittersweet Garden of the Season. Spiller's house will be a part of a tour route that the Bittersweet members will bring people to.

Some may envision an award-winning garden to be occupied with bright poppies, blooming lilies and plush hydrangeas to complete a flower-filled space.

You won't find that at Reggie Spiller's house. But don't worry, by no means does his garden lack color or creativity.

Instead, Spiller's space is full of fierce greenery, cedar trees, large, stone animal statues and more. And that's why his garden was chosen by the Bittersweet Garden Club as the summer garden of the season.

"If you would have told me that the committee would pick a house with hardly any flowers, I wouldn't have believed you," said Heather Brown, Bittersweet's garden of the season chair. "However, what (Spiller) does have is beautiful garden beds with different color rocks and evergreen and statues."

Spiller's space begins with a welcoming entry: a shaded area with wooden chairs surrounded by green foliage. Near the center of the front yard is his favorite aspect of the landscape, a berm he installed last summer that he said has a western or Japanese feel.

The area is scattered with stone animals – a turtle, deer, a "whimsical" rooster and more – that Spiller purchased either online or at Stockman Stoneworks in town. One of his favorites is an alligator that sits at the bottom of the driveway to greet visitors as they arrive.

With regard to the absence of flowers in such a beautifully landscaped area, "I guess that's, you might say, just my style," Spiller said.

To the right of the house, next to the garage, Spiller built another entertainment space that includes a gazebo, more stone accents, a few potted flowers to add color to the area and a large, metal rooster named Red. There, he covered the cement driveway with more than 500 pavers and added gardenscapes on the edges.

For the past 25 years, Spiller has lived in the same house. However, he gained the motivation to design his landscape in the past five years.

"I've always had an interest in and an aptitude for design," Spiller said.

At Lincoln University, Spiller minored in agriculture so he could learn more about landscape design, plant materials and horticulture. Now, when he's not coming up with new ideas for his own space, he is helping friends and neighbors design their landscapes.

"Through the years, I've done a lot of design," he said.

Even at 80 years old, Spiller isn't done yet. He plans to build a new feature in the backyard: a hosta bed under a shady tree with a rustic fence backdrop.

Despite the fact his friends joke about Better Homes & Gardens finding him, Spiller is still in disbelief his garden was qualified to be Bittersweet's garden of the season. 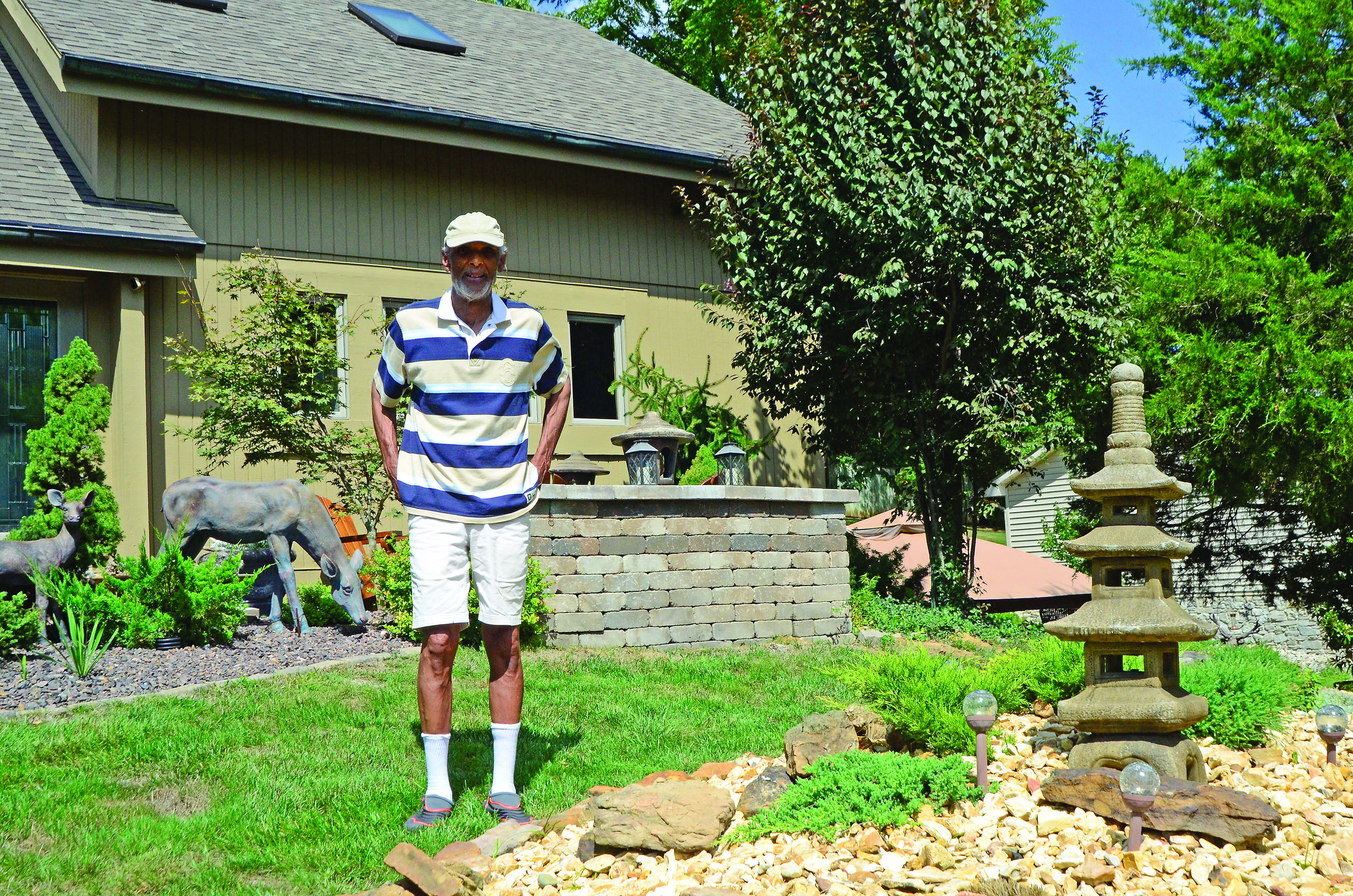 Eileen Wisniowicz/News Tribune photo: Reggie Spiller poses in his garden for a photo on Wednesday, Sept. 7, 2022, in Jefferson City. Spiller is the summer winner for the Bittersweet Garden of the Season award. Spiller says that he still has aspects of his garden to work on and he does it because it gets his "creative juices" flowing.