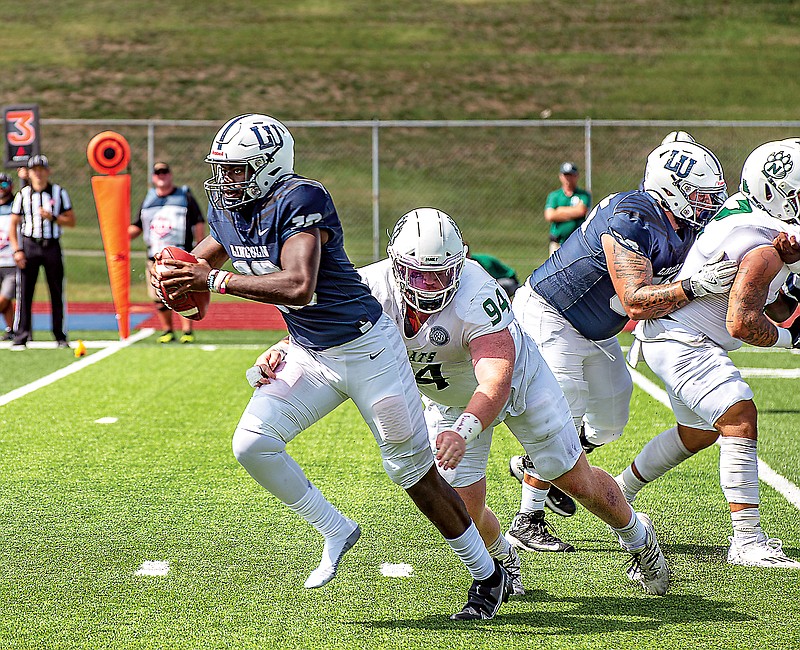 One team will get its first win tonight in a matchup between the Lincoln Blue Tigers and the Fort Hays State Tigers as each side comes into the contest at Dwight T. Reed Stadium with an 0-2 record.

Each side will also be without their starting quarterback as Jack Dawson is expected to start for Fort Hays for the injured Chance Fuller and the Blue Tigers will be using both Zamar Brake and Nathan Valencia to replace starting QB Xzavier Vaughn, who is expected to miss the rest of the season with an injury.

Facing the Tigers without Fuller would be big for the Blue Tigers as Fuller is the all-time leader in passing yards and passing touchdowns for Fort Hays State, but Dawson is no slouch at quarterback.

“I think he is a good football player,” Lincoln head coach Jermaine Gales said. “He’s going to toss it around. I think their playbook is a little more wide open with Fuller, but Dawson is just as capable. We are going to have to do our best defensive job to get him stopped just as well as we would Fuller.”

Fort Hays State put a focus on running the football without Fuller at quarterback last week, only throwing the ball 33 times compared to 61 in Week 1.

This will put a major focus on running back Adrian Soto, who has collected 131 rushing yards on 26 carries with a touchdown so far this year.

“I think we have to fit our gaps correctly, we have to make sure we corral the ball and we have to relentlessly pursue the football,” Gales said. “We need to get 11 hats around the football. If we can do that, we will be in good shape.”

Helping out Dawson at quarterback will be the third-leading receiver in the MIAA so far, Manny Ramsey.

Ramsey is fifth all-time in Tigers’ history in receiving yards and finished second in the MIAA last year with 65 catches for 811 yards and four touchdowns.

For the Blue Tigers, both Brake and Valencia got the chance to showcase their talents in last week’s 58-20 loss to the Northwest Missouri Bearcats.

Brake got the start last week and played a majority of the game, completing 10-of-25 pass attempts for 144 yards for two touchdowns and an interception.

Valencia got his looks later in the game, completing three of his six pass attempts for 65 yards with a touchdown and a pick.

The Lincoln offense will be going up against a Fort Hays State defense that has allowed 34 points per game through two weeks.

The Tigers show a variety of defensive looks up front, but one thing is for certain, they are going to fly around on defense.

Lincoln took its fair share of deep shots down the field on offense last week, scoring touchdowns from 64 yards and 51 yards out on passes to Aderias Ealy, who finished with four catches for 134 yards and all three touchdowns. The Blue Tigers will not shy away from trying to push the ball down the field again tonight.

“I believe that if we continuously try to stretch the field, good things are going to happen,” Gales said. “Those are not as high-percentage throws as the underneath stuff, but they can provide some pretty big plays in times that you need them. We are not going to shy away from pushing the ball down the field, we just have to make sure connect at a high rate.”

Something the Blue Tigers have to figure out is their rushing attack after running the ball 33 times for just 24 yards a week ago. Against a Fort Hays State team that allowed 311 rushing yards last week, the opportunity will present itself.

Lincoln comes into tonight’s game trailing 9-2 in the series history and has not beaten the Tigers since a forfeit victory in 1984.

If the Blue Tigers are going to find themselves on the right side of the scoreboard, they know it will take a full team effort for the entire game.

Lincoln will try to do just that when it kicks off at 6 p.m. today.