Allen out vs. Chiefs with hamstring injury 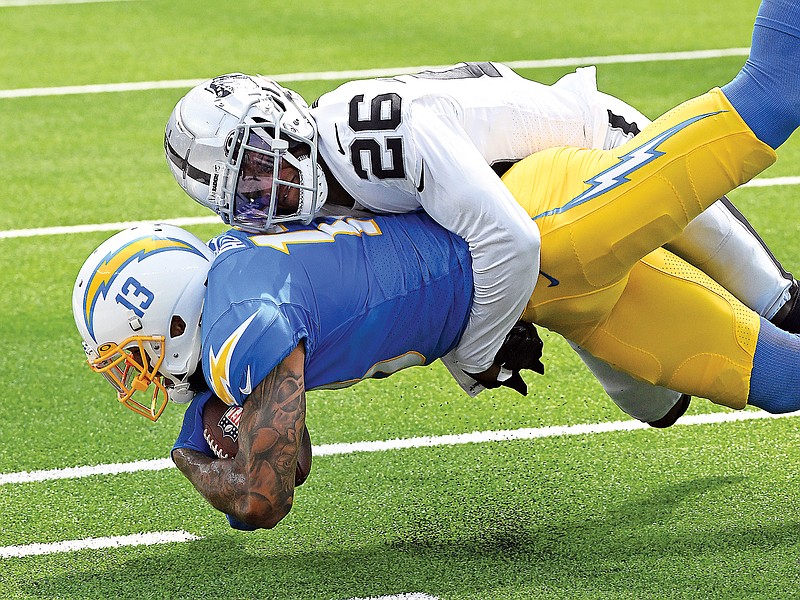 COSTA MESA, Calif. -- Los Angeles Chargers wide receiver Keenan Allen has been declared out for tonight’s game against the Kansas City Chiefs because of a hamstring injury.

Allen sustained the injury during the first half of Sunday’s 24-19 win against the Las Vegas Raiders. Allen said he felt a slight pull and the hamstring tightened after he planted his foot to the turf during the second quarter. Despite only seeing 22 snaps, he led the Chargers with 66 receiving yards and was tied for the lead in catches with four.

Coach Brandon Staley on Tuesday said Allen’s injury “is going to take some time.” Allen is in his 10th season and has caught at least 95 passes the past five years, tied for the second-longest streak in NFL history.

Joshua Palmer is expected to get the start in place of Allen and DeAndre Carter is likely to see increased playing time. Both had three catches against the Raiders while Carter had a 23-yard touchdown in the second quarter to give Los Angeles a 17-3 lead at halftime.

Tight end Donald Parham will miss his second straight game also because of a hamstring injury.

Cornerback J.C. Jackson could make his Chargers debut after undergoing ankle surgery three weeks ago. Jackson is listed as questionable after being limited in practice for the second straight day. Jackson signed a five-year, $82.5-million contract during the offseason.

“I think he’s headed in the right direction, but I think there is still a lot to be decided before game time (tonight),” Staley said.