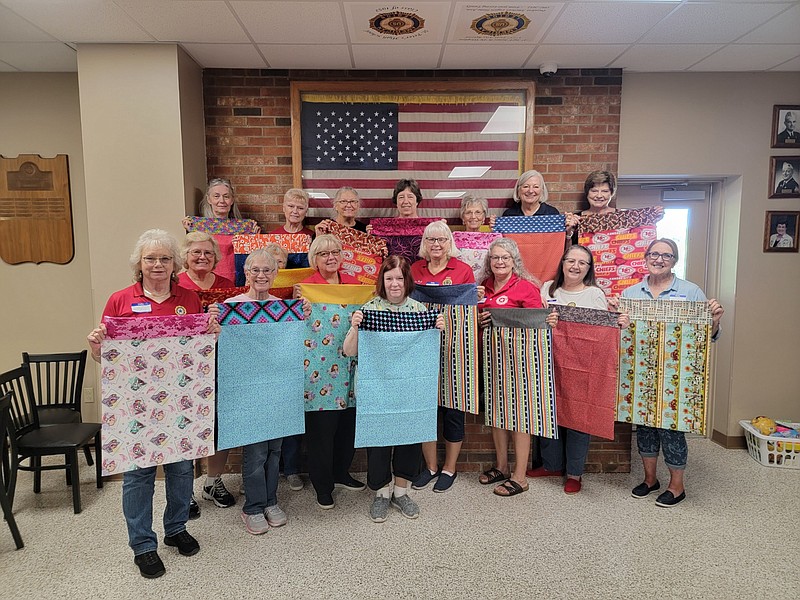 The Mid-Missouri chapter of Ryan's Cases for Smiles partnered with the American Legion Auxiliary Unit 5 on Tuesday to sew pillowcases that will be donated to hospitals around the area in honor of September's pediatric cancer awareness month.

Ryan's Cases for Smiles is a volunteer organization dedicated to helping sick children cope with the stress of life-changing illnesses and injuries.

Putting a smile on children's faces is the goal of Ryan's Case for Smiles as the pillowcases provided to the children are for an emotional boost and a reminder they are not defined by their illnesses.

"These pillows really help in many ways: Not only does it help brighten up the children's mood, but it can also help doctors relate and get a better understanding for their patients," said Ginger Beasley, coordinator for the group's Mid-Missouri chapters. "It's never an easy conversation, but with the pillowcase, they can brighten the mood and ease the tension."

With more than 120 chapters, September is the month for the nonprofit's signature event, Miles of Pillowcases Smiles, in which Ryan's Case for Smiles pledges to donate 55,000 pillowcases -- 26 miles worth -- nationwide.

In their third year of volunteering, about 16 volunteers gathered to sew, pin, iron, and serge about 70 pillowcases in Jefferson City, and they were more than pleased their work was being used for a good cause.

On top of the pillowcases that were made Tuesday, American Legion member Connie Pack said 130 pillowcases were donated throughout the day from families.

"Donations always help the goal," Pack said. "We appreciate the families that take the time to make these pillowcases and donate them to us for the children."

For more information on how to donate, visit https://caseforsmiles.org/.