From the Stacks: Fantasy, folklore woven in Lipan Apache novel 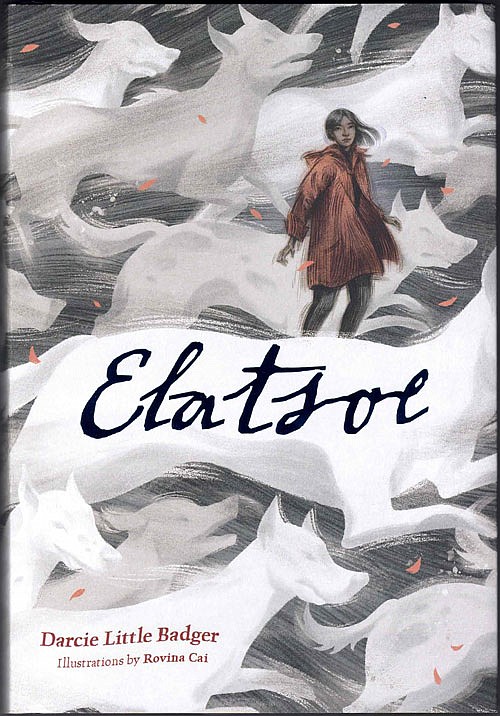 "Elatsoe" is a tale about a Lipan Apache teenage girl living in an America similar to today -- except ghosts and magic are a natural part of the world.

Elatsoe, Ellie for short, has inherited the ability to summon animal spirits, as did her great-grandmother who had had a ghost-form of a woolly mammoth as a trained companion. Ellie's companion is a ghost-dog named Kirby, brought back from the dead after being her childhood pet many years.

The book, by Darcie Little Bager, opens with Ellie's dog spooked and upset, signaling a death in her family. Kirby's alert allows Ellie to "communicate" with her cousin right after he is murdered. Her cousin asks her to protect his wife and son -- and tells her who the murderer is. Ellie's family works together to bring the murderer to justice.

I loved the close relationship between Ellie and her family, particularly with her mother. So many books portray teens as estranged from their elders. Here, after Ellie almost dies traversing the spirit world, she and her mother engage in respectful conflict. The mother voices her fear for Ellie's safety, and instead of dismissing or minimizing the danger, Ellie admits she was also scared. They acknowledge their desire to stay safe and respect the good intentions of the other person.

I also liked the relationship between between Ellie and her best friend, Jay. There is no hidden undercurrent of romance between the two -- it is just a friendship between a girl and a boy. Ellie is clearly portrayed as asexual.

Finally, I delighted in the author's worldbuilding. Little Badger paints a world grounded in Lipan Apache folklore. Stories told to Ellie about her ancestors help guide her through specific life challenges, showing her she is not alone in the predicaments she faces. Little Badger deftly weaves in the problematic effects of colonialism, both historically and continuing into today.

I highly recommend this book to fantasy and folklore lovers in the mood for a taste of something different.

Kira Michaelieu is the adult services manager at the Missouri River Regional Library.