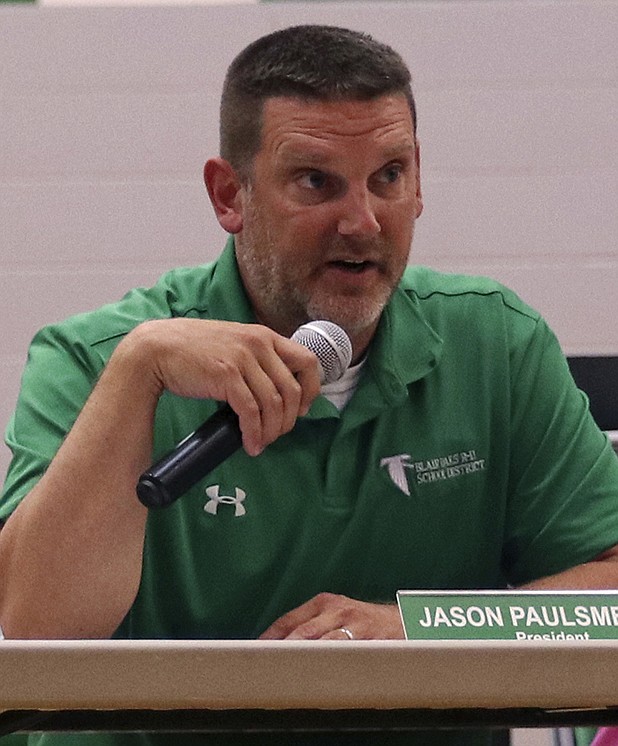 The Blair Oaks Board of Education will examine and vote on several policies and discuss a search timeline for a superintendent Tuesday at its regular September meeting.

The agenda for the meeting lists "Approve Policy 2115, Transgender Students" under "Old Business."

Policy 2115 allows transgender students to choose a name and pronoun by which to be identified and to dress according to their gender identity. It also allows all students to use restrooms that are gender-neutral, aligned with their "biological sex" or aligned with their "self-identified gender." It also outlines Missouri State High School Activities Association rules for transgender athletes.

The possibility of a vote on Policy 2115 drew a larger than usual crowd to last month's board meeting, but the board decided not to act on the policy at that time. The discussion on the policy was initially delayed to August because several board members expected to be absent in July.

In August, only Board President Jason Paulsmeyer was absent, but the board again elected to delay to allow all board members to take part in the discussion.

Also at last month's meeting, board member Logan Gratz read a statement that said Blair Oaks was one of many districts with similar policies that come from template language that limits their potential liability. The News Tribune found that some nearby districts had used the same or similar policy language from Missouri Consultants for Education.

Under new business, the board will review and decide whether to approve revisions and updates to other policies as well. The list includes policies on memorials, dual credit scholarships and even optional authorization for corporal punishment. Assistant Superintendent Kimberley Walters explained the policy outlines parental notice and approval for districts that do use corporal punishment. Blair Oaks does not.

Also on the agenda is "Approve Superintendent Search Timeline."

The board recently selected Mark Harvey as its interim superintendent for this school year. Harvey previously served as the interim assistant superintendent at Oak Grove R-6 Schools and the superintendent of Pike County R-3 in Clarksville.