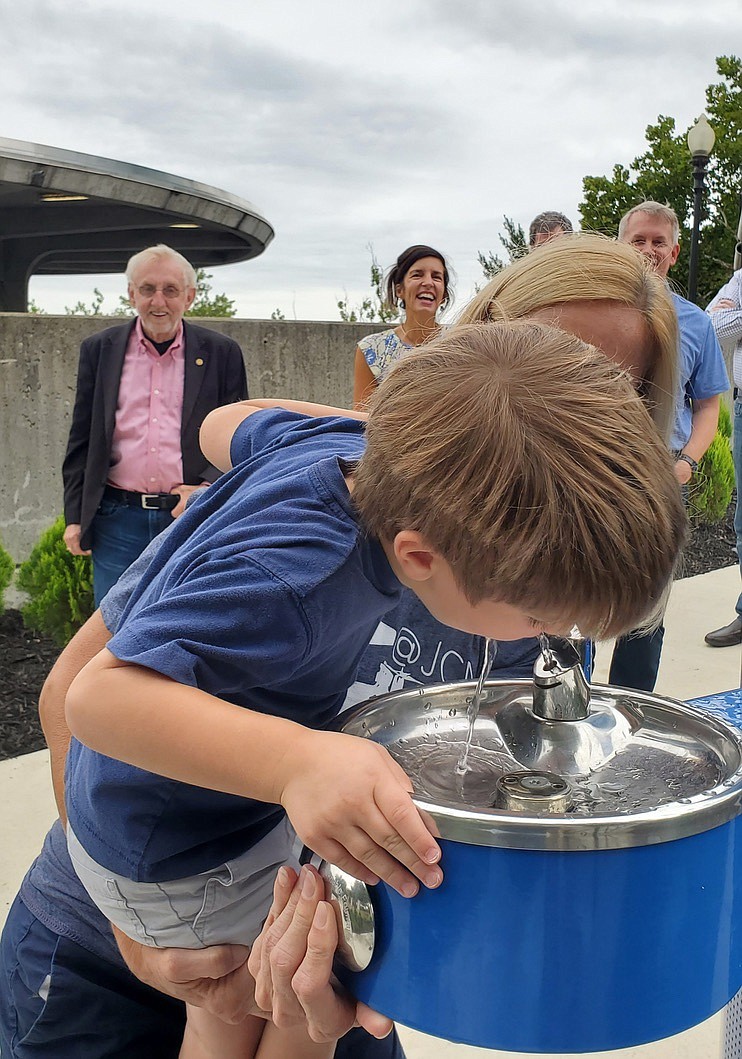 Jeff Haldiman/News Tribune Luke Wisch, 3, of Jefferson City, takes a drink from the new hydration station, located at the start of the path to the Bicentennial Bridge. Helping Luke get that drink is his grandmother, Karen Wisch. State Rep. Rudy Viet of Wardsville, Jefferson City Mayor Carrie Tergin and Bob Gilbert of Bartlett and West Engineering look on during a dedication ceremony Friday morning.

For those thirsty pedestrians and their four-legged companions venturing onto the Bicentennial Bridge, a special hydration station to quench their thirst has been installed at Deborah Cooper Park on Adrian's Island.

The water fountain, which is located at the beginning of the path to the bridge and just below the Gold Star Memorial on the north side of the state Capitol, can serve adults, children and pets and has a station to fill water bottles.

The biggest plus: The water is chilled.

Brent Haas, manager of operations for Missouri American Water in Jefferson City, said Mayor Carrie Tergin approached the company about the need for a hydration station at the bridge, and that set things in motion.

"In April, Missouri American began a grant program to put in hydration stations like this one around the state," Haas said. "This is one of the first to be put into service in the state."

Haas said Missouri American donated nearly $5,000 for the station, which has been in use for a couple of weeks.

"While we donated the funds to purchase the fountain, the city paid for the installation," Haas said.