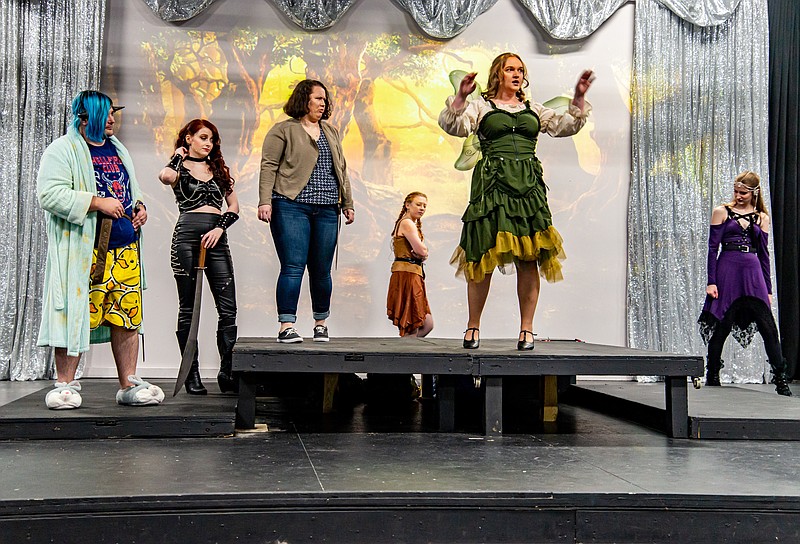 Skylar Nelson plays Farrah the Fairy as the cast of "She Kills Monsters" rehearses at Capital City Productions. The show runs from September 8-10. (Ken Barnes/News Tribune)

A dramatic whirl of physical combat and revelation is hitting the stage at Capital City Productions in Jefferson City.

In "She Kills Monsters," Agnes loses her teenage sister, Tilly, in a devastating car accident. While packing her sister's items, Agnes comes to the realization she does not know Tilly as well as she thought she did.

Agnes finds a notebook about the popular 1970s game Dungeons & Dragons, and she decides to play the game to figure out why it was so important to Tilly.

The play goes back and forth between the adventurous D&D world and Agnes' real life while she grasps with who the real Tilly was.

"It's full of fun and adventure. There are a lot of sword fights and monsters and dragons, and that's always fun," director Laura Vedenhaupt said. "But to me, there's an underlying story where you've gone through this great adventure and you have a very bittersweet ending, and it has lessons for everybody."

"She Kills Monsters" is part of CCP's Spotz! On the Artist series, which gave Vedenhaupt the freedom to choose the cast without holding auditions.

The lead role of Agnes is being played by Kyrstin Kein, who worked with Vedenhaupt in "Pippin" last summer at CCP.

Playing the role of Tilly will be Jaelie Bott, another CCP native.

"She is an extraordinarily gifted dancer," Vedenhaupt said. "And she has been expanding her talents and interests into other areas of the theater."

While the play displays a story of great adventure, Vedenhaupt hopes audience members see the deeper lessons on family, friendship, grief and loss throughout the show.

"There's a line in the show about how lives are really just a collection of stories," Vedenhaupt said. "And even though somebody might be gone, their story remains."

Tickets can be purchased at www.ccpjc.org, by emailing [email protected] or by calling or texting the Jefferson Bank CCP Box Office at 573-681-9612. Tickets can now be printed, picked up at will call or shown on a mobile device.

"She Kills Monsters" is not suitable for children, as there is strong language and dark themes involving grief, loss and bullying. 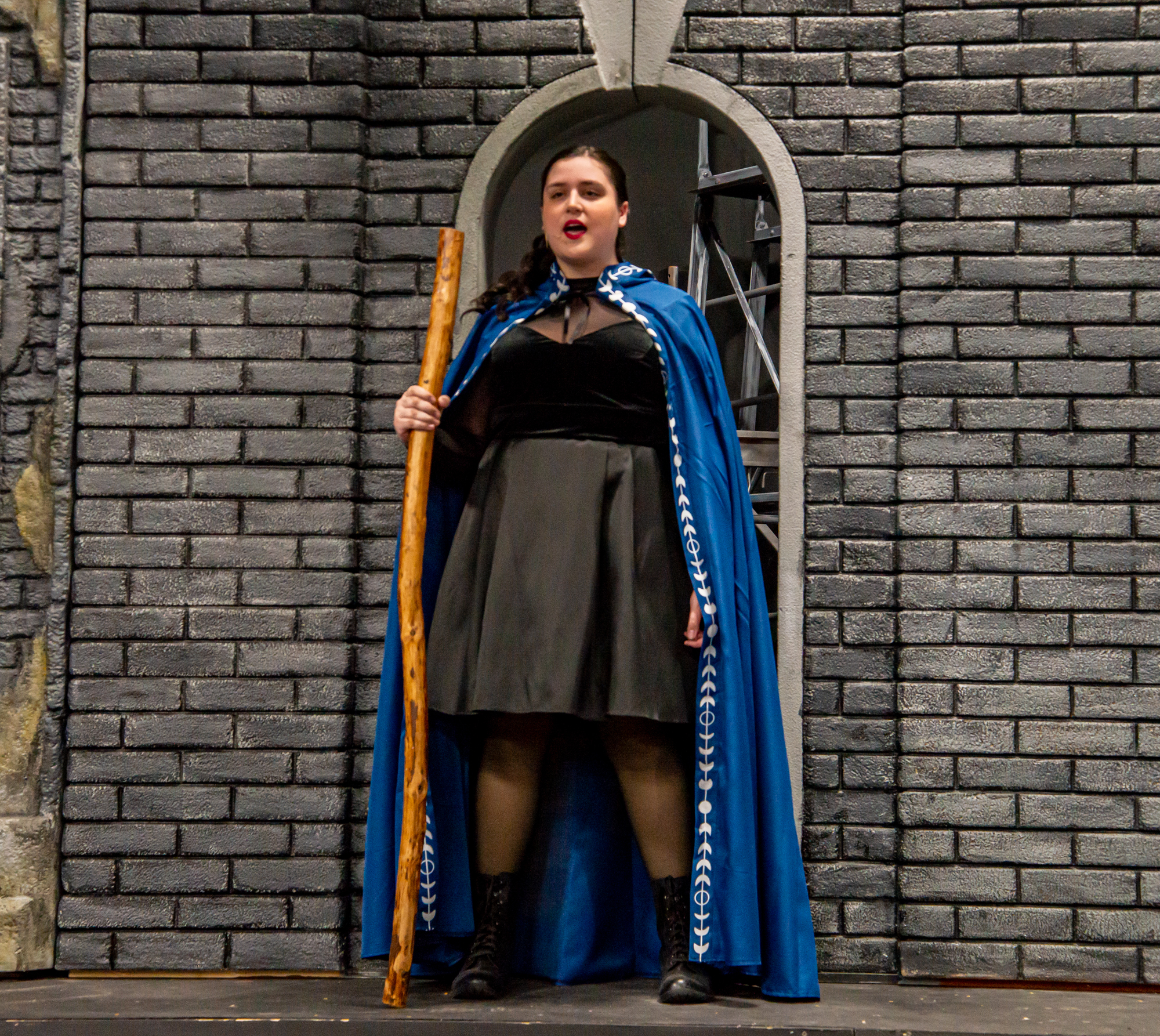 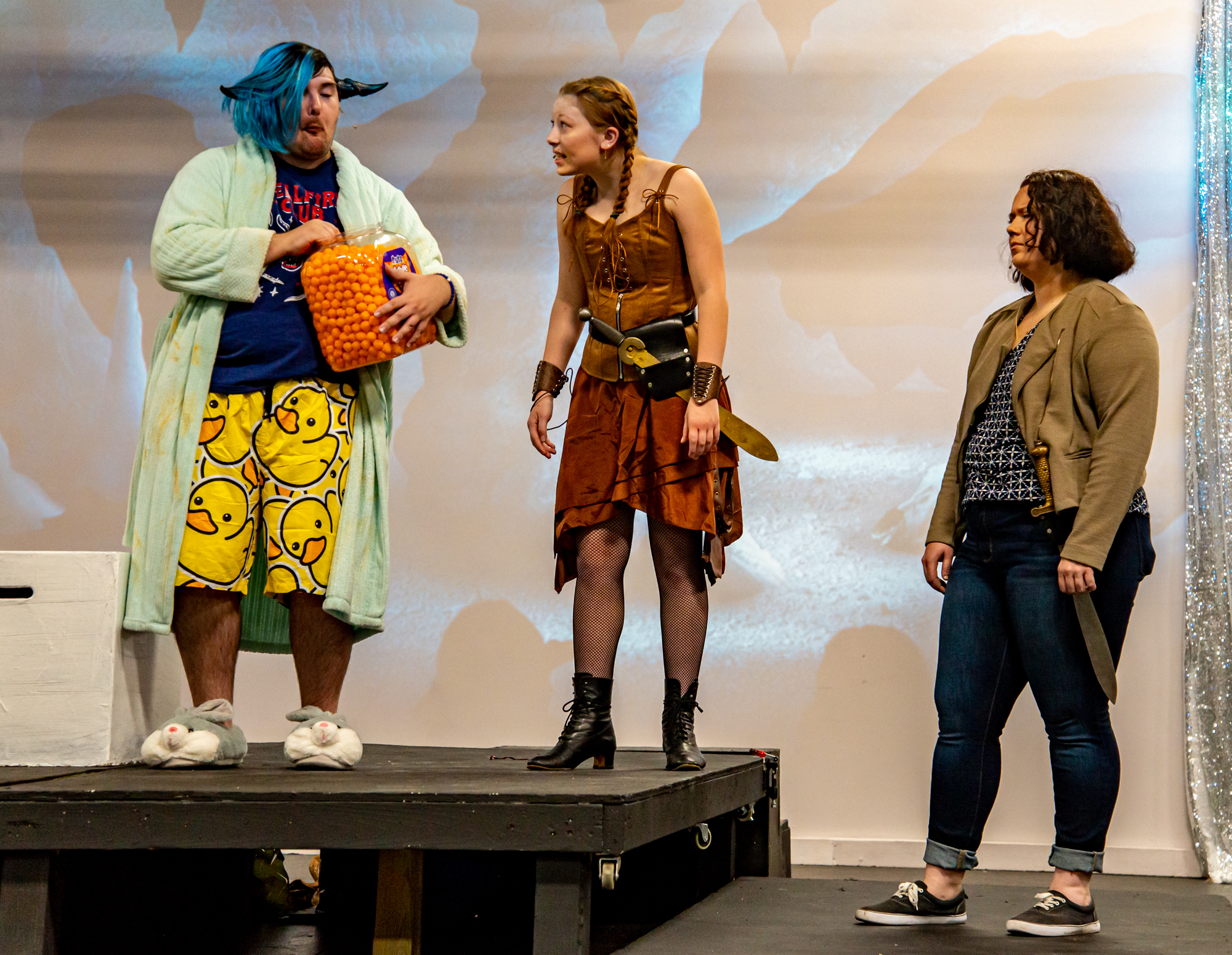 Print Headline: CCP bringing action to the stage with ‘She Kills Monsters’